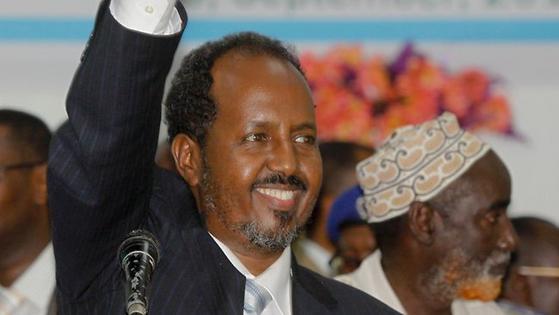 After two decades of a devastating war, Hassan Sheikh Mohamud has been elected as Somalia’s new president. Mohamud is the first president to be elected in a free and fair election in Somalia in more than 40 years, a sign that the country is moving forward and is taking steps to leave the many years of war behind.

The election began five hours behind schedule due to strict security procedures, as well as arguments on whether a group of MPs, which included previous warlords, were allowed to take part. In a country whose election system has been dominated by warlords and powerful political figures, Somalia is no stranger to violence. But now that the new president Hassan Sheikh Mohamud is in office, officials say all that may change.

The new president graduated form the Somali National University in 1981, and continued his education in India where he received his master’s form the Bhopal University. Mohamud was involved in many peace and development organizations such as Unicef, of which he was an education officer until the UN peacekeepers left Somalia in 1995.  In 2011, he started the Peace and Development Party in Somalia and became chairman of the organization.

We congratulate Somalia for this major stride and wish the country the best in the coming years.