A South African granny has dedicated her remaining years on earth to working with local communities to save her childhood language “NIuu”, which the United Nations says is “critically endangered”.

Ms. Katrina Esau, 84, who has been running linguistic classes in her home in Upington, Northern Cape Province, is one of the remaining three fluent speakers of NIuu, two of whom are her elder sisters.

NIuu is a traditional South African language spoken by the San community, commonly referred to as the Bushmen. Like other vernacular languages in the Rainbow Nation, NIuu has been overshadowed by foreign languages like the Afrikaans, which is associated with the Dutch settlers who invaded South Africa in the 17th Century.

With most of the traditional practices of the San community now extinct, Esau is worried that NIuu, which is the only thing left to connect her to her history, is likely to suffer the same fate.

Over the last ten years, Esau with the help of her two sisters has been teaching young people how to speak NIuu in her Upington home.

“I’m teaching the language because I don’t want it to become extinct when we die. I want to pass on as much of it as I can but I am very aware that we don’t have a lot of time,” Ms. Esau was quoted by the BBC.

She regrets that her community had to abandon its original language for Afrikaans and other foreign languages, which were forced on them during apartheid.

She is convinced that the new languages have completely changed their identity as native South Africans.

“We would get beaten up by the white man if we were caught speaking our language,” she reveals.

In a small wooden hurt, Ms. Esau has hanged a white board with images showing different parts of a human body and uses a stick to point out the NIuu names for the parts as her students read them out loud in chorus. 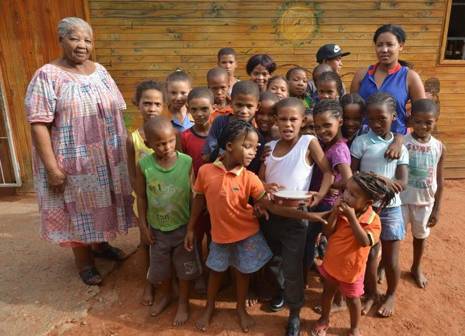 Part of the reason why NIuu is on the verge of extinction is because there haven’t been records of it as a written language until recently.

Esau has been working with linguistics Professors, Sheena Shah from the School of Oriental and African Studies (SOAS) in London and Matthias Brezinger of the Center for African Language Diversity in Cape Town, to develop a NIuu alphabet and basic rules of grammar for teaching purposes.

Experts say many Africans, especially the young generations, suffer from identity crisis largely because they can’t speak or understand their native languages.

This is worrying because most of the unique African believes and practices were normally passed on to new generations through the spoken word. So, without the native languages, most of these traditions will die out.