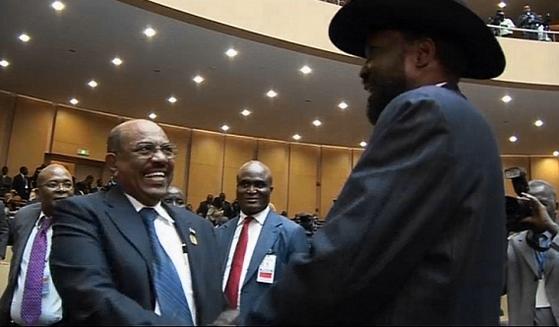 In an effort to compensate for the economic losses caused by South Sudan’s independence, the government has offered Sudan over $3 billion.

The UN has imposed a deadline, August 2nd, for the two nations to resolve disputes. Talks are currently being held in Ethiopia until the deadline.

Juba, the capital and largest city of South Sudan, also proposed to waive its claim to $5 billion it says it is owed by Khartoum. Juba also proposed an increased transit fee to move its oil through Sudan, effectively giving a small boost to Sudan’s economy.

Khartoum has yet to respond to the proposals.

Although South Sudan became independent form Sudan over a year ago, there are still many unresolved disputes over land and monetary agreements. These include disagreements over oilfields, transport payments and divisions of the national debt.

The previous offer of compensation was around $2.6 billion and has since been increased to $3.2 billion. Three-quarters of Sudan’s oil production was lost when South Sudan seceded.
Border fighting has escalated over the past year as a result of these disputes. South Sudan also wants these areas to be demilitarised and jointly administered until agreements are made.

The Sudanese still want their oil transit fees than the ones being proposed and will most likely reject temporary joint administration over disputed areas, according to the BBC’s James Copnall.

Khartoum also denies Juba’s claims that they owe money for overdue oil payments and oil confiscated by Sudan are the secession.

They have eight days to reach an agreement before the UN steps in to aid negotiations.