The story of Don Nicolau I Misaki mia Nimi, the prince of the ancient Kingdom of Kongo which is now modern-day Angola is a rather interesting tale that has some way somehow been lost in history with time.

Perhaps the absence of his story is due to his tragic ending caused by his own people but whatever be the case, Don Nicolau’s story needs to be told and remembered for his pioneering actions of protesting against Westernization and its influence on the Kingdom of Kongo and Africa to a large extent.

Prince Don Nicolau I Misakai mia Nimi was born in the early 1880s to King Henry II, King of the Kingdom of Kongo. At the time of his birth, the Portuguese had well-established relations with East Africa and through several invasions and wars, coupled with the advantage of a strong military had gained control over a huge part of Angola including Luanda.

Luanda, now the capital of Angola was the trading unit at the time. This made kingdoms like the Kingdom of Kongo very dependent on the Portuguese for even food, wine and education and broke down the power of the Kings. But the Kingdom of Kongo was still independent and had not been annexed by the Portuguese. It had gained control over parts of Angola. 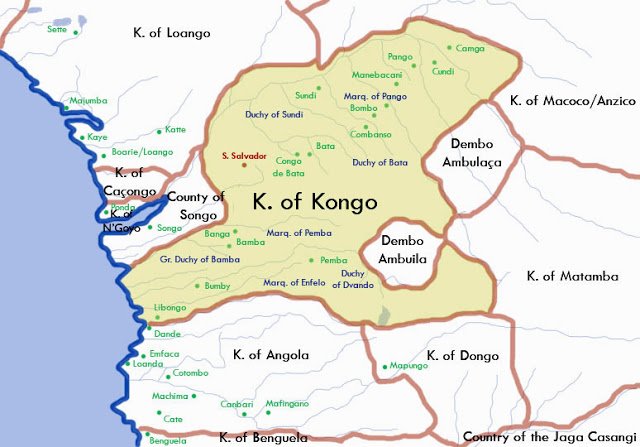 There are no records of the actual birth year of Prince Don Nicolau but in 1845, when the Prince was still a teenager, nearing the age of 20, he made his first trip to Lisbon, Portugal. Prince Nicolau arrived in Lisbon on October 31, 1845, and during his stay was hosted at a reception by Queen Maria II, Queen of Portugal. The evidence of his visit is found in an engraving by a Lisbon artist of the prince in his royal robes which depicts the prince as young, tall and dark.

While receiving his education, Prince Nicolau adapted to the western way of living. His education also enlightened him and made him very aware of various issues with the long-term and close relationship between his people and the Portuguese. Despite all the realization, Prince Nicolau was unable to do anything about it because he was not heir to the throne due to laws of the Kongo Monarchy system which made his cousins heir. 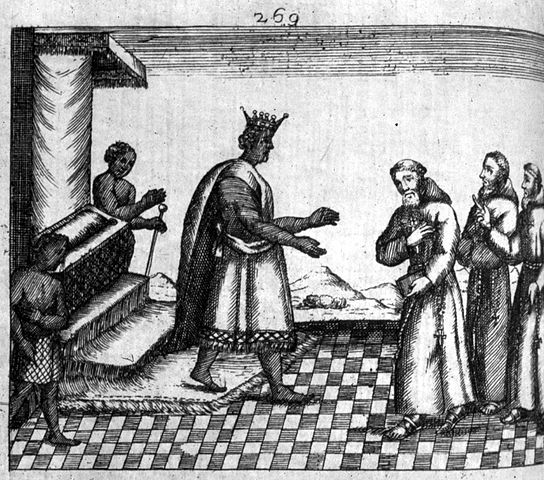 Prince returned to the Kingdom but could not cope with the way of life and thus sought employment in Luanda where he relocated to in 1850. His distance from the affairs of the Kingdom and the people deeply angered and hurt the people who felt that he was looking down on them after having the privilege of education.

Prince Nicolau’s father King Henry II died in 1857 sparking an internal conflict on who to succeed the throne. This led to an intervention by the Portuguese and the coronation of the new king by a chief priest. After the new king was announced, he quickly swore alliance and loyalty to the King of Portugal.

After reading of it in a newspaper, Prince Nicolau was very displeased. For one, he felt that the people were giving in to the Portuguese because they did not know their true intentions. He also felt that language was causing a lot of miscommunication to the advantage of the Portuguese and finally, the Prince felt that the new king was working towards his personal benefit with the Kingdom of Kongo and its people not being his priority. 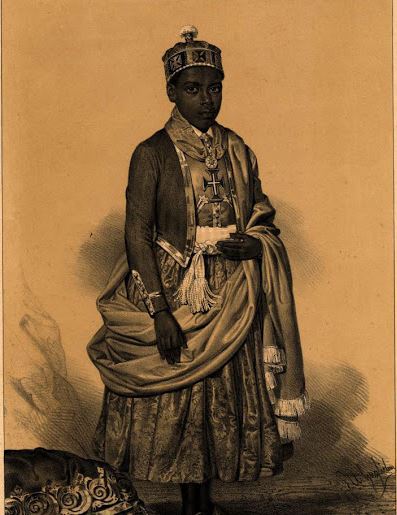 In 1859, Prince Nicolau started his subtle protest against westernisation and Portuguese influence by writing personal letters to the King of Portugal and the King of Brazil in 1859, but these letters gained no feedback.

Later that year, on September 26, 1859, Prince Nicolau sent a letter of protest and displeasure to a daily newspaper in Portugal. The letter was published on December 1, 1859, and became the first protest by any African leader against westernisation and colonisation. It also sparked a new era of protesting which was very different from the usual physical fights as a means of protest that the people of Uganda and Africa were used to.

In the letter, Nicolau stated that he was the only person of royal blood from the kingdom with an education and understanding of both the Kingdom of Kongo and the Portuguese. These two qualities put him in a position to rightfully lead and protect the kingdom rather than bow in fear for the sake of protection.

Unfortunately for the Prince, the letter did not go down well with the people of the Kingdom of Kongo and Uganda when they got a hold of the newspaper on February 11, 1860. The prince was tagged as a traitor of his people and middleman working with the Portuguese to capture the kingdom of Kongo since he could not be king. Such rumours about the prince were not true but spread through what is now modern-day Angola.

Through several warnings from friends, Prince Nicolau decided to leave the country and settle in Brazil by shipping and selling slaves to the French to raise enough money for his trip. Information about the plans of the prince leaked and this angered the locals the more.

In the end, Prince Don Nicolau I Misaki mia Nimi of the Kingdom of Kongo was killed by his own people which sent a shock through Africa and the West.

To many, the killing of the Prince was an indication that the locals were in full support of colonisation and westernisation but it is very possible that the death of the prince was a simple case of miscommunication due to the language barrier.

Prince Nicolau died young and to this day remains the first African leader to publicly speak against colonisation and its effects on Africa. He is also the pioneer of expressing protest through writing.