Sylvanus Epiphanio Olympio was a Togolese Prime Minister who later became the first president of the country. After being in office for three years, Olympio was assassinated in his home after a military ambush. Then Sergeant Etienne Gnassingbe Eyadéma was instrumental in the takedown of Olympio and directed the coup organised by a group of eight Togolese militants led by Emmanuel Bodjolle. 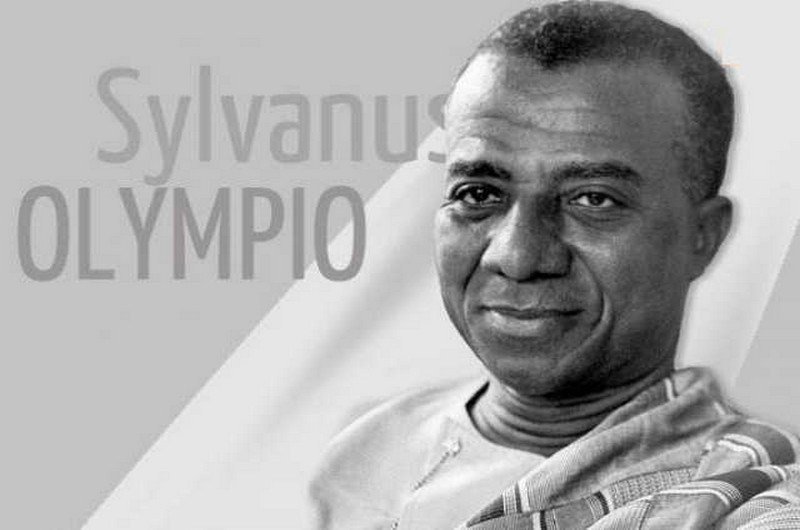 Olympio’s death has been documented as the first death during a military coup in Africa. It was the first coup in the British and French colonies that achieved independence in the 1950s and 1960s.

After the coup, the country was in disarray under military rule which gave no room for democracy and civilian inclusion. Even after the former Togolese prime minister and Olympio’s rival Nicolas Grunitzky was appointed in 1963 as the second president and third head of state, Togo never regained its voice. Grunitzky was deposed in a bloodless coup during his 4th year in office in 1967 by now Lt. Col. Eyadema.

Eyadema later assumed office from 1967 to his death in 2005. His son Faure Gnassingbé continued his father’s legacy and remained in office amid strong opposition and protests.

Who was Sylvanus Epiphanio Olympio?

Olympio was born on September 6, 1902, in Togoland; present-day Lomé, Togo. He was of Afro-Brazilian descent.

He began his education in Togo and later studied at the London School of Economics. He worked at Unilever throughout Africa gaining positions such as the head of Unilever operations. Olympio also worked for United Africa Company as their general manager.

During World War II, the French colonized Togo and looked down at the Olympio family with immense suspicion because of their favorable relationship with the British.

In 1942, Olympio was arrested in French Dahomey. His arrest was the catalyst to him eventually advocating for independence from the French.

His anti-colonial stance began in 1947 when he petitioned the United Nations Trusteeship Council for Togo’s independence. He founded the Comité de l’unité togolaise (CUT); a major political party against French rule.

In the 1950s, Olympio and his party boycotted several elections. In 1954 he was arrested and his voting rights were deferred. Nevertheless, CUT won every elected position in the council, forcing the French to reinstate Olympio’s right to hold a political seat. In 1958, he became the Prime Minister and continued his fight for independence.

Togo and Ghana relations became tense when the eastern part of Togo became part of the British Gold Coast, later Ghana.  This caused the separation of the Ewe tribe. Kwame Nkrumah proposed that Togo become part of Ghana while Olympio pushed for the land to be returned to Togo. Nkrumah and Olympio both attempted to assassinate one another. Tension eventually lessened. Olympio brokered a defence pact with the French in aims to protect Togo.

Togo and France’s relations were also riddled with challenges.  In 1961, Olympio became President of Togo and the French were not elated about his alliance with the British and America. 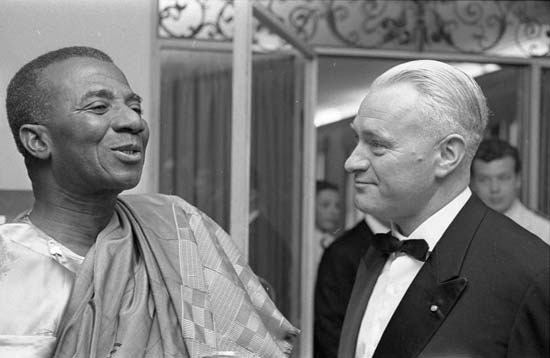 Olympio wanted Togo to be a military-less nation and didn’t allocate a large number of funds towards defense.  He eventually caved-in due to threats on his life instated by Ghana. He agreed to a small army of 250 servicemen.

Several attempts were made to enlarge the Togolese army. Many Togolese servicemen who were a part of the French army needed employment when they returned home and advocated for a larger army. Eyadéma even pleaded with Olympio to join the army in Togo.  Olympio declined each request.

After an unsuccessful coup on Olympio in 1961, opposing political parties were eradicated. Togo became a one-party country.

During his presidency, Olympio maintained friendly ties with the United States and other NATO aligned countries such as Belgium and Canada.

On January 13, 1963, Olympio and his wife were awakened as they heard raucous from military members breaking into their home. Later, Olympio’s body was recovered three feet from the door of the U.S. Embassy.

Guinea, Liberia, the Ivory Coast and Tanganyika condemned the coup and the assassination.

The government of Togo was ousted from the Addis Ababa Conference. Subsequently, the Organisation of African Unity was formed.

Olympio’s family members were forced into exile, they returned to Togo after the end of Eyadéma rule.

Olympio’s son, Gilchrist Olympio is the leader of the party Union of Forces for Change. He has led the opposition since the 1990s.