When former French Prime Minister Charles de Gaulle visited Guinea in 1958 to campaign for the approval of a new French Constitution in an upcoming referendum, it was quite clear he wasn’t expecting a deservingly stern and hostile response from Sekou Toure.

Spearheaded by Charles de Gaulle himself, the new French constitution sought to make all French territories (including Guinea) members of the new French Community which was then an association of former French colonies (mostly African). Upon disapproval, however, France would grant the territory that voted “no” independence.

Toure, who was then the leader of the Democratic Party of Guinea, the biggest and most popular political party in Guinea at that time rejected the new French Constitution

“We prefer poverty in liberty to riches in slavery”, Toure boldly said in his speech when de Gaulle visited Guinea to campaign for its approval.

Take a look at the video below:

Over 95% of Guineans subsequently voted “no” in the referendum making them the only French colony to reject membership to the French Community.

Guinea’s rejection was met with stiff repercussions from France. Though they were granted independence and Toure sworn in as president, France withdrew all forms of financial/ economic aid and recalled all of its technical and administrative officers in Guinea.

The French Community, however, did not stand the test of time as its constitution put restrictions on the autonomy of its territories.

Below is an excerpt of Toure’s transcribed speech: 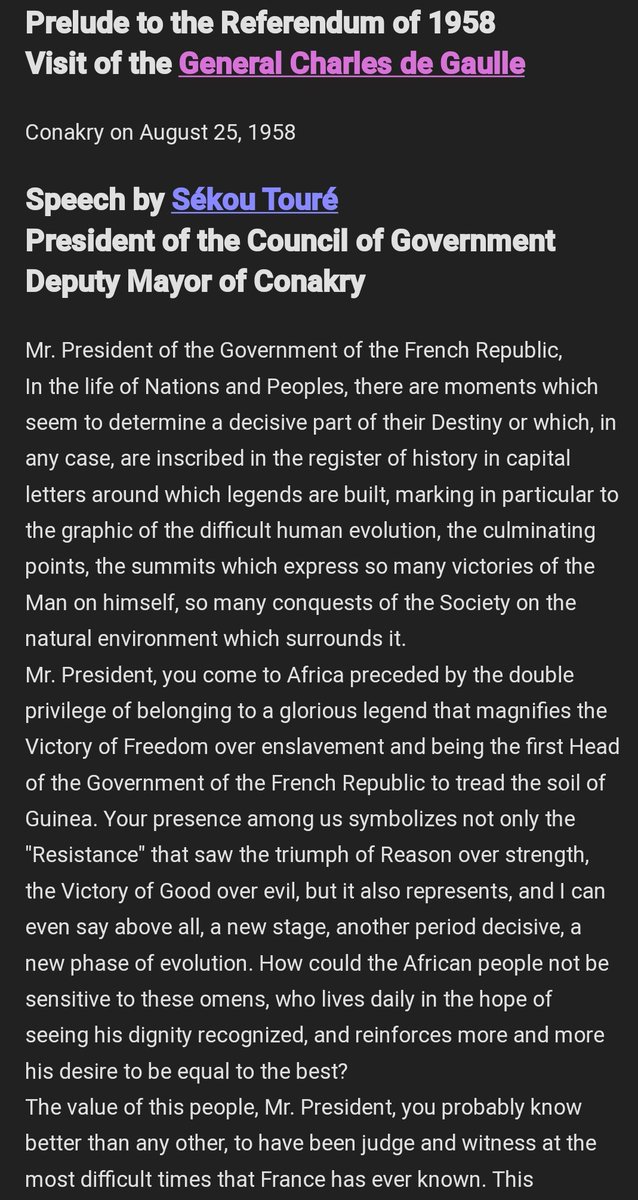 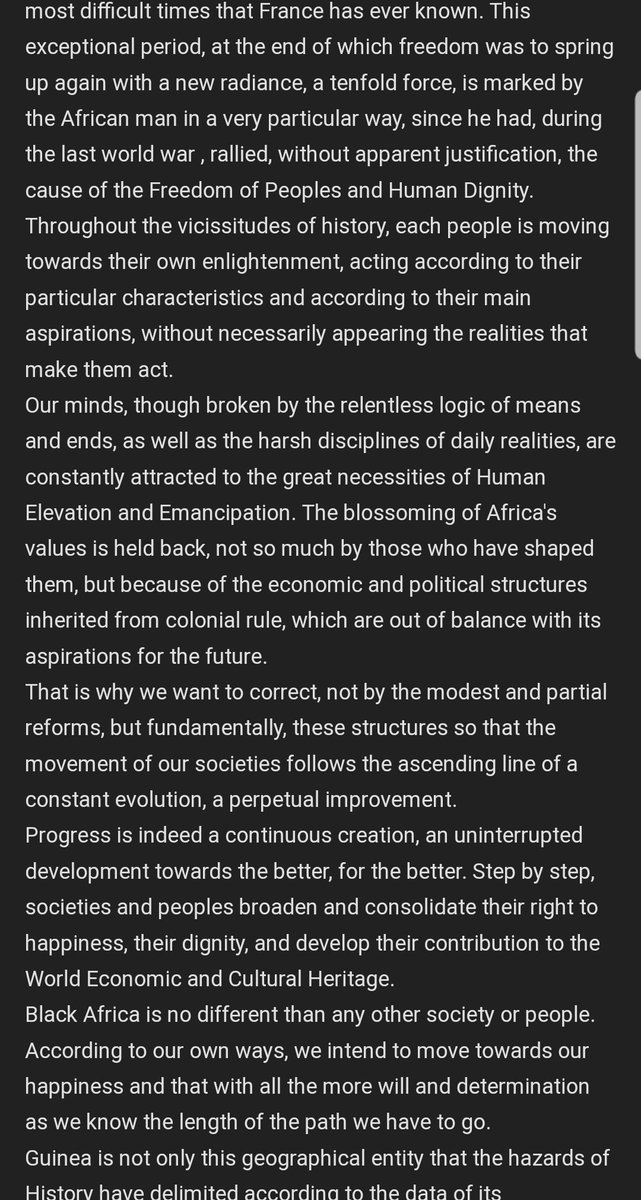 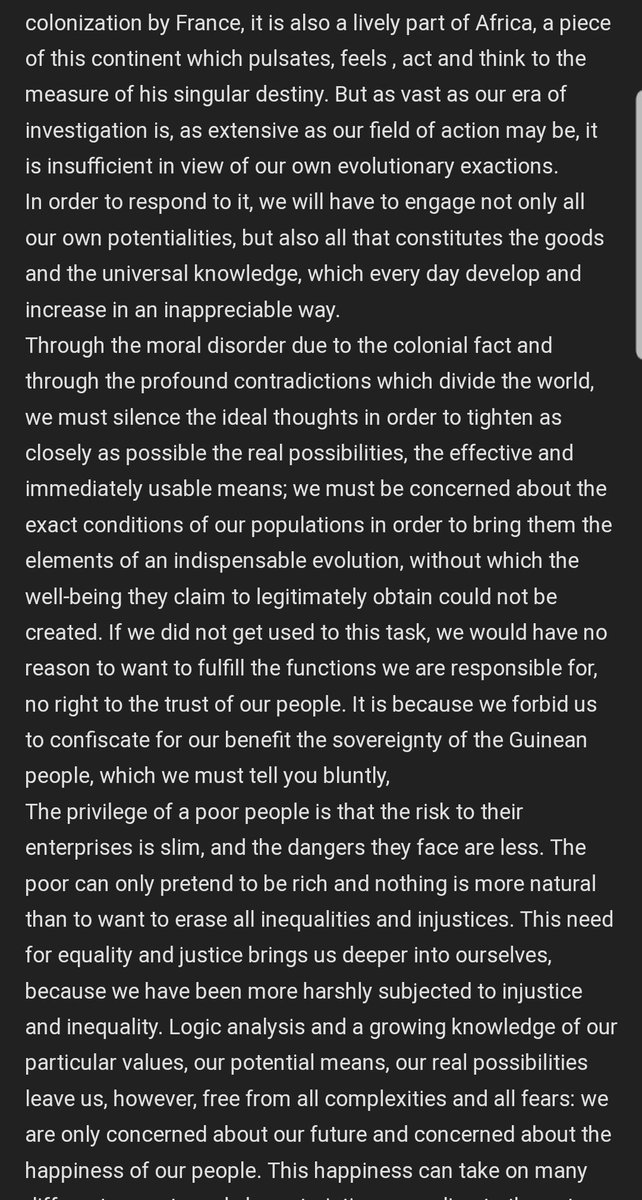 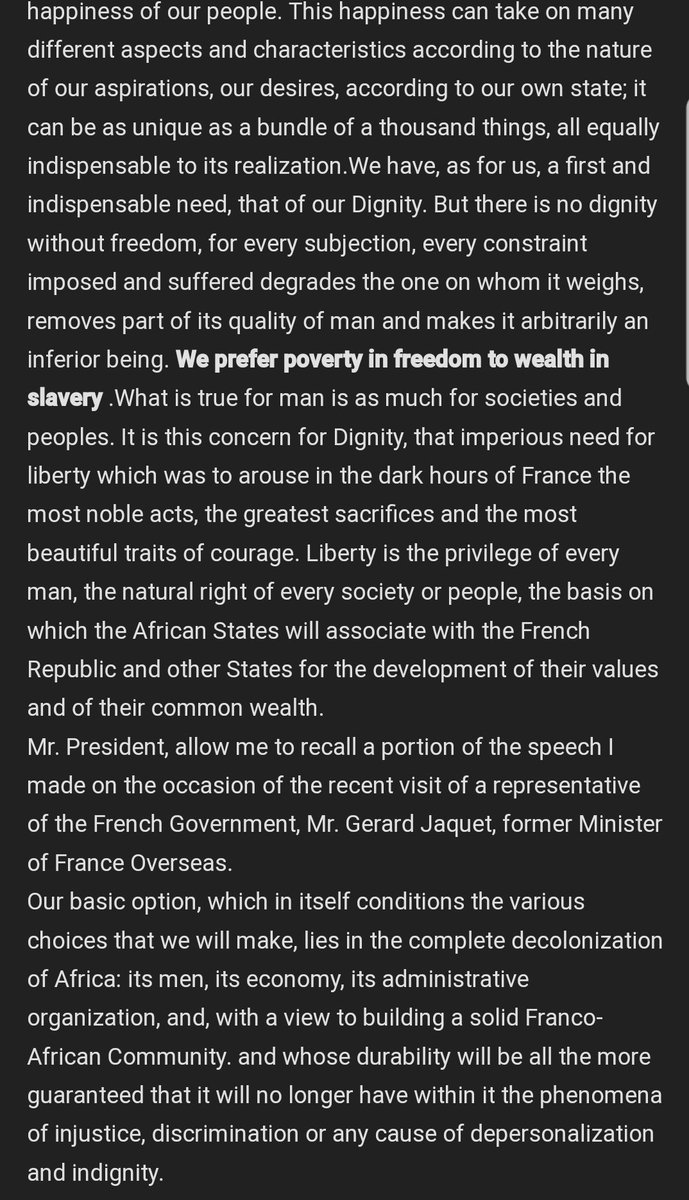