After the abolishing of slave trade throughout the British empire in 1833, the law slowly extended to the Gold Coast, present-day Ghana, where slavery was continued by the wealthy and well-to-do locals due to the law’s ineffectiveness.

Slaves were captured and sold after wars to work in other settlements within the Gold Coast. These slaves worked on growing plantations both in and outside of the British colony. The targeted slaves were young children especially girls who were considered too weak to resist.

Abena Mansah was a young girl born in Krepi in Eweland (from the Mono River on the western border of Benin, across Togo and into southeastern Ghana) where she grew up helping her mother with house duties as expected of every young girl.

At a very tender age, Abena was captured by General Adu Bofo, (an Asante military commander and the youngest son of Opoku Frefre) after undertaking the Krepi (Volta region of Ghana) war campaign of 1868. Together with other young captives, she was kept in the household of Adu Bofo in Kumasi until she was sold to a man in the nearby Adansi province.

It was not indicated that Abena worked as a slave while in the Adansi province, however, she is described as “someone who was bought” falling in the same category as a valuable that could be sold when there was an urgent need for money.

During another war, Abena was stolen and sold to another man, Yaw Awoah. Yaw placed waist beads on Abena’s waist and explained to her that he had bought her and at the same time married her. This meant that she owed him respect and servitude.

Abena was made to follow Yaw with goods that he sold in exchange for other goods. Every day, Abena carried palm kernel placed in a basket on her head for Yaw who would walk ahead of her giving directions and leading the way. Yaw, her owner and husband sold the kernel and bought other goods which Abena would carry for him.

During one of their trips to Saltpond, Abena was sold and abandoned by Yaw. He sold her to Kwamena Aidoo a rich man who owned plantations and slaves. Kwamena paid his taxes and was well-known among the British elite and court. His status in Saltpond made it possible for him to have many slaves disguised as workers without pay.

On the day Yaw sold Abena, he promised Abena that he would return after purchasing a few more products in a nearby settlement. Before he left, Yaw tore off the waist beads he had given Abena signifying the end of their marriage.

After ten days of Yaw’s departure, Abena’s new owner Kwamena Aidoo told her that she was expected to work as a slave in his sister’s household and later marry Tando, an elderly man who was once a slave.  Abena worked as a slave for Akua, Kwamena’s sister and was treated badly.

One night, Abena took advantage of the time and escaped from Kwamena’s house. Abena escaped successfully and found her way to nearby town, Cape Coast, where she heard there were no slaves but rather domestic workers who were paid and treated well.

In 1876, Cape Coast served as the base of operations for the British rulers who by 1844 had taken over the coastal parts of the Gold Coast. Until 1877, Cape Coast was more or less the capital for the British colony. It was also the home to rich merchants and businessmen like Kwamena Aidoo.

Abena found her way to Cape Coast market where she met an old market woman. Upon hearing Abena’s story, the old woman explained that the government was not concerned about the “nobodies” in the area. Abena was therefore not as free as she thought. 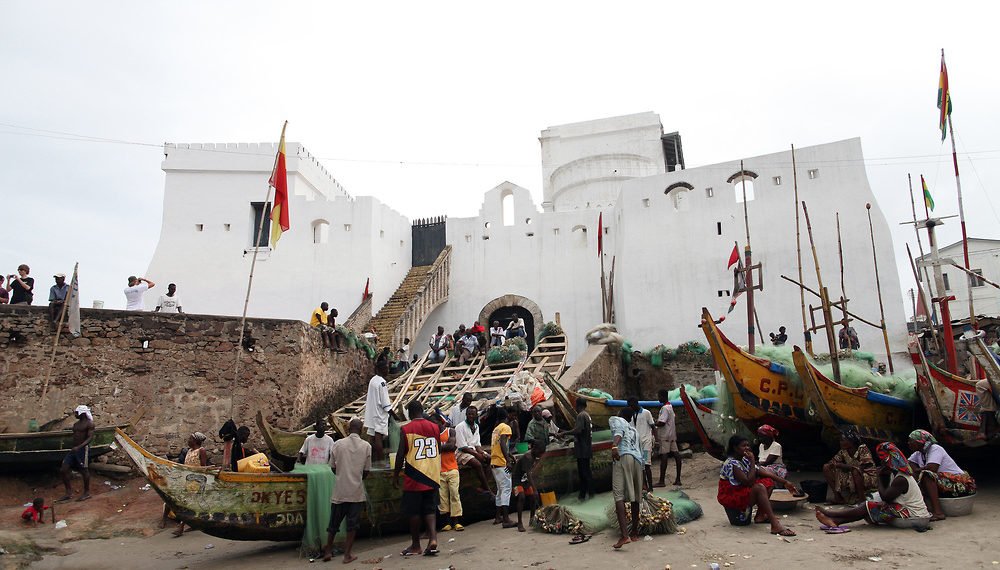 Going on to explain, the old woman told Abena that she would have to secure papers from the magistrate who was a busy man with no time for small cases like hers. Out of panic, Abena asked that the woman help her find some work to do. She was then led to the house of James Davis, a black man who served as an interpreter for the court.

After being convinced by Abena, James Davis took her in as a paid house worker and Abena found happiness once again. Her happiness was short-lived when she came across Kwamena Aidoo asking about her in the marketplace.

With the help of James Davis, Abena wrote a letter to the court on October 21, 1876. She wrote to tell the court of her unlawful enslavement and petitioned to take Kwamena Aidoo to court. It was James Davis who sent her petition to the court. Davis met with the acting judicial assessor William Melton who processed the case for court and gave Abena a hearing. Kwamena Aidoo was arrested for the allegations.

Abena spent a lot of time in court trying to explain her ordeal and was given the listening ear. She had difficulties addressing the court due to the language barrier but that did not stop her from seeking justice.

However, the judges, who were all British, were only interested in maintaining the peace among the people than helping Abena gain her total freedom. Abena was therefore entertained until she lost the case and Kwamena was set free.

Abena later gained her freedom when the case was relooked following the stories of witnesses who spoke in her favor.

The story of Abena Mansah was documented by American historian Trevor Getz in a graphic novel published in 2016 and titled: Abina and the Important Men.