In the outskirts of Ivory Coast’s capital, Yamoussoukro stands this beautiful edifice – the Basilica of Our Lady of Peace which is the largest church in the world.

The giant basilica was built with the finest marble from Portugal and Italy in the time period between 1985 and 1989, during the tenure of the country’s first leader, Felix Houphouet-Boigny.

It has, however, been shrouded in controversy and seen by many as the beginning of the woes of the West African country.

Houphouët-Boigny, after leading Ivory Coast to independence in 1960, was very popular for the 33 years he governed the country. 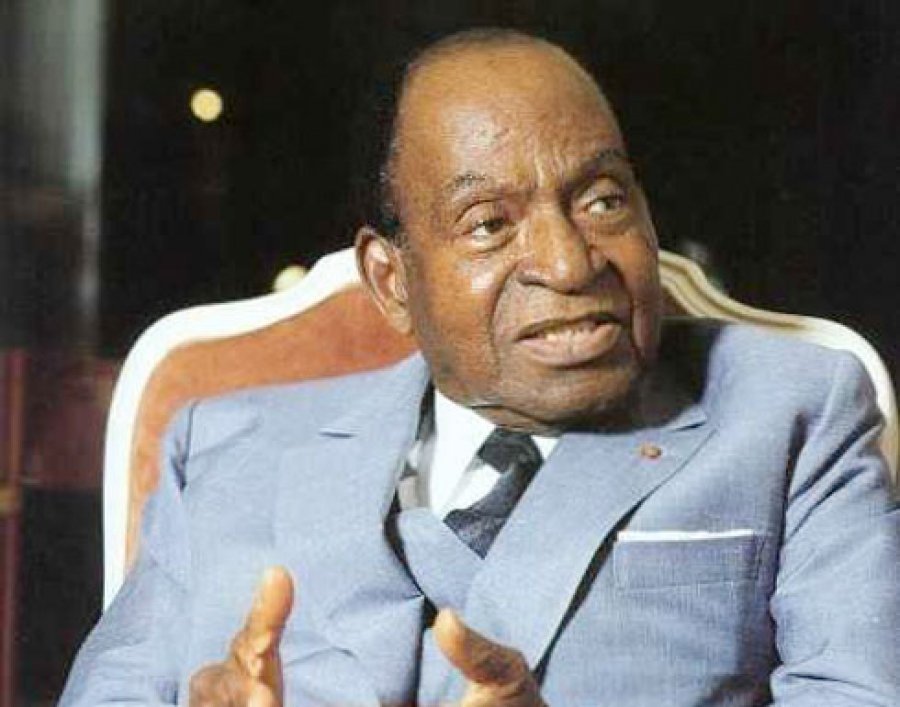 He was one of the richest men in Africa and many accused him of amassing billions to pay for the basilica which was said to have cost around 300 million USD.

At the time, Houphouët-Boigny refused to answer questions on how the church was financed, saying that it was “a deal with God.”

In 1985, after moving the country’s capital to Yamoussoukro, his birthplace, Houphouët-Boigny commissioned the building, which is seen as a replica of the Vatican’s St. Peter’s Basilica.

Critics accused him of putting up the building to build a lasting legacy for himself but he then said it was a gift to the Vatican.

Meanwhile, the Vatican was not too pleased with the building, as it was going to surpass the previous world’s largest church, the St. Peter’s Basilica. 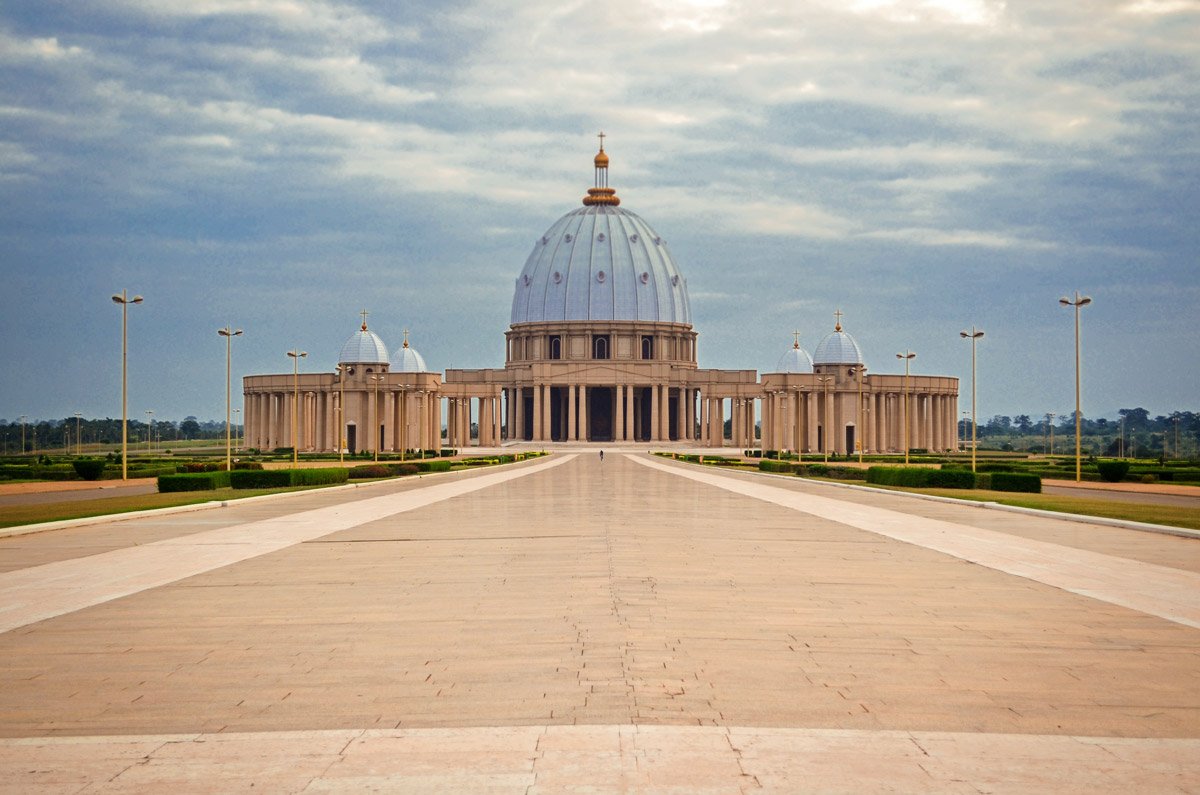 Basilica of Our Lady of Peace — www.africa-ontherise.com

The lead architect, Pierre Fakhoury, thus, lowered the height of the dome of the basilica but made the cross on the top larger.

Over 1,000 workers worked day and night on the 520-foot-tall structure, which is supported by 128 towering Doric columns.

The building, which can accommodate over 18,000 worshippers, has 36 stained-glass windows, hand-made in Bordeaux, France, with an organ that is documented to reach volumes that could endanger one’s hearing. 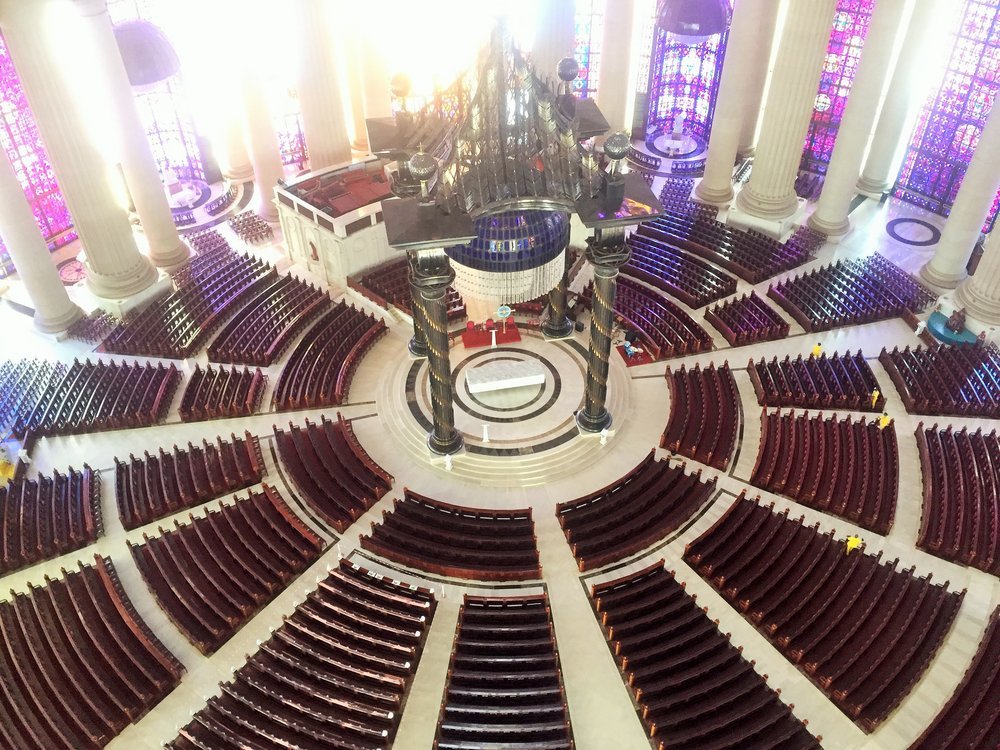 The interior of the church

Even though the Basilica gave Ivory Coast international recognition, as well as, Pope John Paul II’s eventual blessing, its construction has been, by some quarters, an unnecessary vanity project.

“The size and expense of the building in such a poor country make it a delicate matter,” a Vatican official told Time when it was completed.

“But it is a project close to the President’s heart, and he sees it as an experience of faith. We want to respect that.”

Three years after the project, Houphouët-Boigny died and his funeral was held at the building, filling the empty space for the first time since the pope’s blessing. 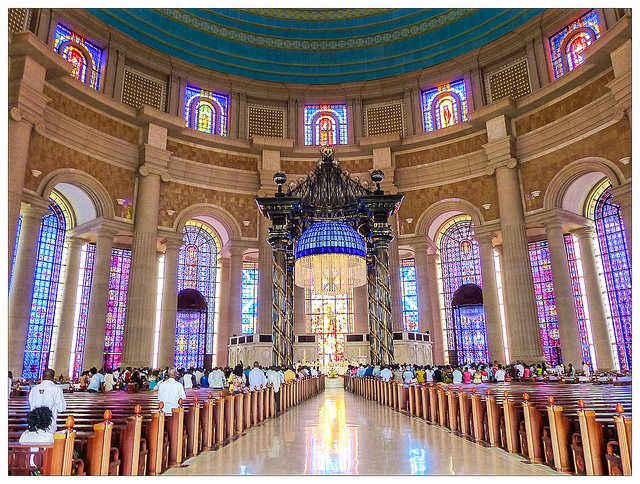 Basilica of Our Lady of Peace in Ivory Coast

The Basilica has since become more of a tourist attraction with services sparsely held in the building, as it attracts few worshippers, especially after the country was engulfed with years of civil strife.

But in August, scores of people gathered inside the extravagant building to celebrate the Feast of the Assumption.

The worrying development is that others also gathered around the building not to worship, but to display and sell their wares, showing the marked poverty of the country.

The building is currently maintained by the Vatican.