The Zanj rebellion which occurred from 869 to 883 took place in Basra, which is modern-day Southern Iraq.  It was led by Ali ibn Muhammed against the Abbasid Caliphate. Muhammed spearheaded the rising of the slaves. 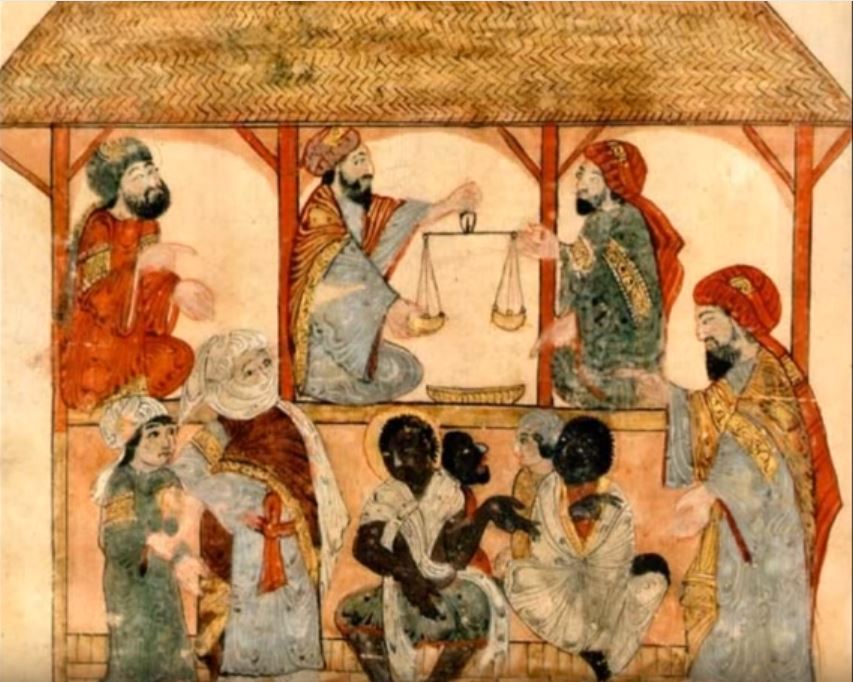 Depiction of the Zanj rebellion…Sola Rey

The Zanj were captured from the coast of East Africa and brought to the area as slaves.

Slaves of different ethnicities and tribes also fought in the uprising.

The African slaves were captured so that they could tend to plantations and marshland that needed extensive work to be cultivable. 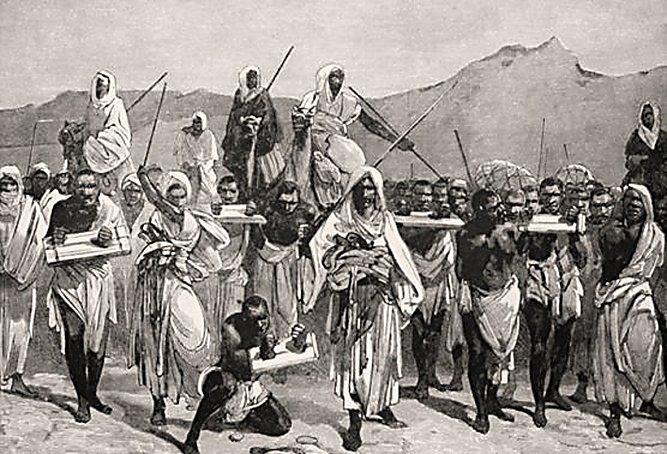 A depiction of the Arab Slave Trade…Lisapo ya Kama

The living quarters and treatment of the captured workers were not stellar.  Slaves previously tried to revolt however, the uprisings didn’t materialize as successfully as they had hoped for.

Though there is not much documentation on the life of Muhammed, it is known that his paternal grandmother was a slave from Sindhi while his mother was a member of the Banu Asad ibn Khuzaymah. 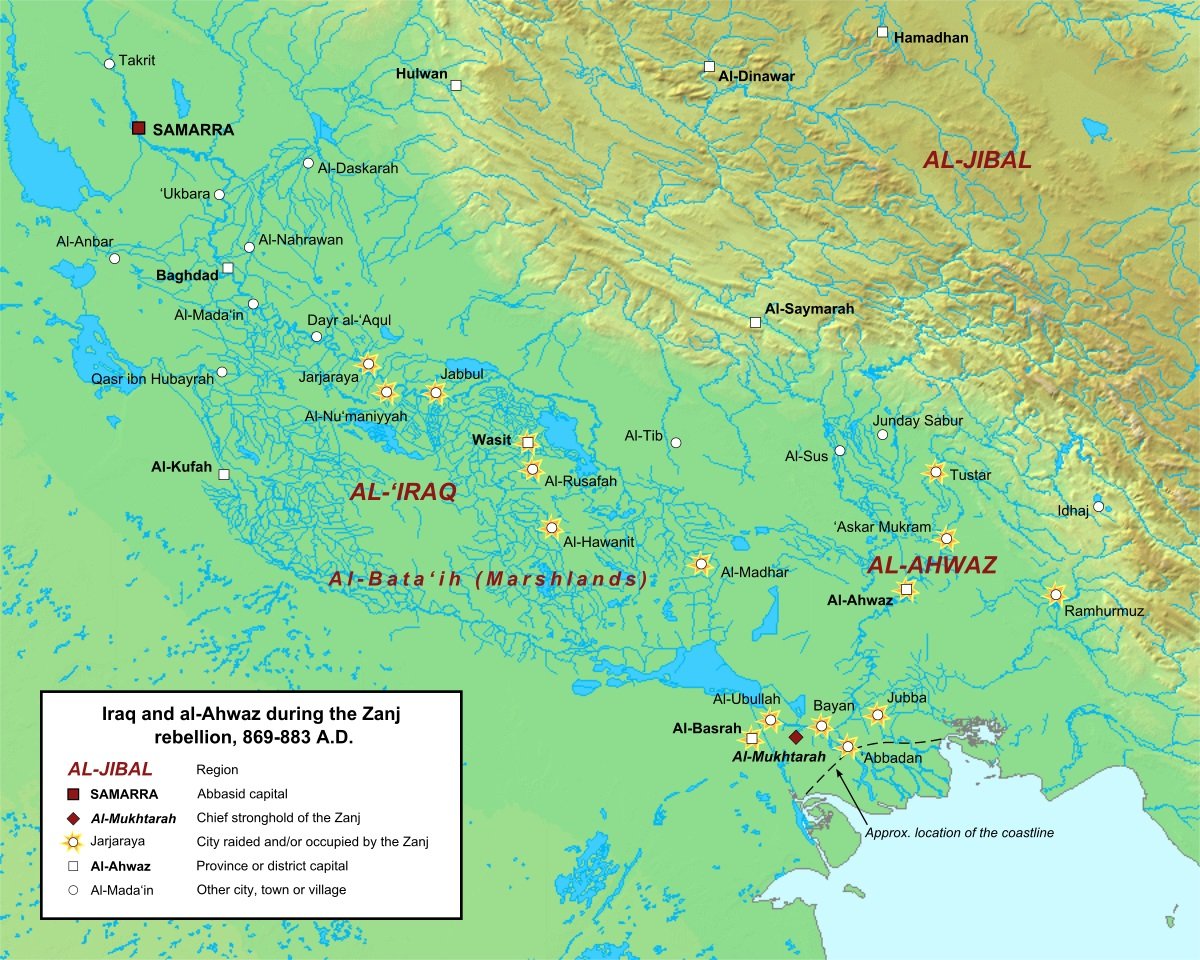 Muhammed spent some of his youth in Rayy.  At some point in time, he relocated to the Abbasid capital of Samarra. It was here he met Caliph al-muntashir; the Caliphate at the time.

In 863, he convinced some members of his community to rebel against the Muslim Caliphate.  Though taxes were sought in his name, his attempt at a revolt failed to materialize. He returned to Basra.

Seeking to take advantage of violence caused by the city’s enemy groups, the Bilaliyyah and Sa’diyyah, he tried to stage another insurgency; he didn’t garner the support he needed.

Muhammed then retreated to Baghdad. It was here that he claimed to be the descendant of Zayd ibn Ali; he was able to gain supporters for his cause.

In 869 amidst a brawl in Basra, Muhammed went to the city to inquire about the living and working conditions of the slaves.  He began a campaign, promising to free the Zanj and non-Zanj slaves such as the Bedouin and Bahrainis. He also promised them wealth in exchange for their assistance.

In September 869, the revolution began in modern-day Khuzestan province. Over the course of 14 years, the Zanj waged guerrilla warfare against their adversaries. Out of the conflict, a Navy, fortresses and a mini-financial system in which coins were made were set up. Taxes were collected from regions under the command of the Zanj.

Initially concentrated in the Basra area, the uprising soon spread to surrounding cities.  In September 871, Basra was obliterated.  The inhabitants were also killed.

In an attempt to stop the Zanj, supporters of Abu Ahmad ibn al-Mutawakkil (an Abbasid prince and military leader) attempted to fight the Zanj and failed.

In 876, the Zanj moved further north to Wasit, entering the region of Kaskar.  In 879, the regime moved the farthest it would go; 50 miles within the outskirts of Baghdad.

Alas, the future caliph Abu al-Abbas was able to successfully ward off the Zanj forces.  The Zanj were required to move back to Basra.

In August 883, the capital of Basra, Al-Mukhtarah was placed under heavy restriction. Citizens were encouraged to abandon their cause.  Muhammed was either killed or captured and many of his fighters were killed or surrendered.

A clear cut number of those killed and the damage done during the rebellion is difficult to estimate. Nevertheless, due to the length of the revolt, it is safe to ascertain that a large number of resources was used to contain the battle, which left the region susceptible to other forces.

In the present day, the descendants of the Zanj are known as Afro-Iraqis and Afro-Iranians; they inhabit certain provinces throughout Iraq and Iran.