Known for creating art works that speak to the life of Africans who find themselves in the diaspora for one reason or the other, Nigerian-born and U.S.-based artist Njideka Akunyili Crosby has made history as her art pieces Bush Babies were auctioned for a whopping 3.4 million dollars in the UK.

It’s probably a good year to be Nigerian, considering the global attention the country keeps getting thanks to its controversial president, groundbreaking musician Wizkid, legendary actress now director Genevieve Nnaji and popular writer and feminist Chimamanda Adichie, the country’s name seems to pop up in the news every other day. 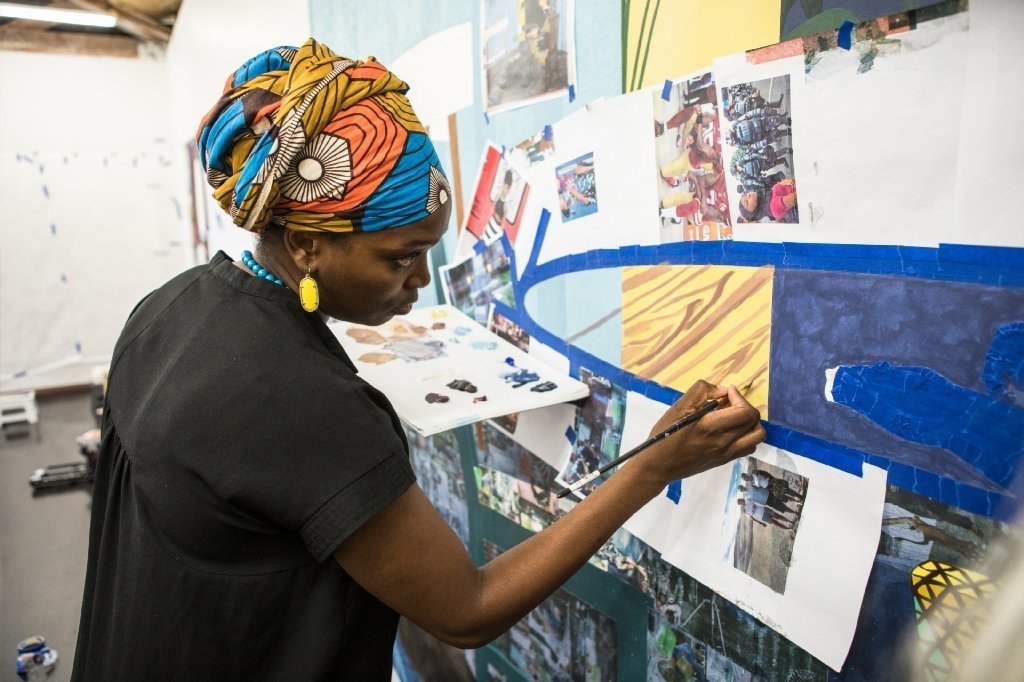 Up until recently, the creative industry in Africa was not as lucrative and vibrant. Ironically, despite  Africa being a land of natural creatives with its rich and diverse culture, parents have for so many years, prevented their children from venturing into the creative arts with claims that the industry always left artists poor, hungry and miserable.

Young adults in the field were often referred to as rebellious misfits who had failed in a more serious career. For the lucky few who were allowed to express their creativity professionally, they were still made to pursue other respected careers as a backup plan.

Njideka Akunyili Crosby was born in Enugu, Nigeria to a Surgeon father and pharmacologist mother. At the age of 16, after her mother won green card lottery, Njideka moved to the U.S. with her sister to further their education. 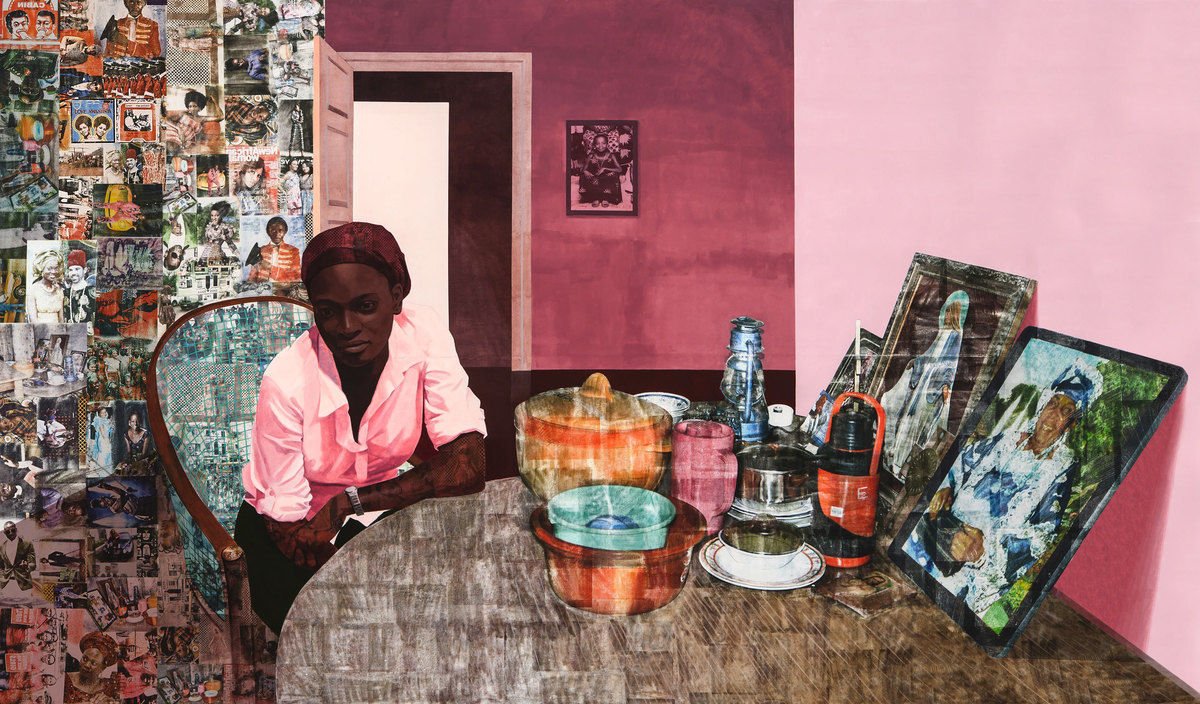 Njideka’s  art piece- Before and After

Njideka’s love for the arts was identified when she was very young. In the USA, she studied both arts and biology pursuing her love and still staying in the science following the footsteps of her parents.  While pursuing Arts and Biology at the Swarthmore College, Njideka became a Mellon Mays fellow. Deciding that she will focus more on the arts, she went in for a post-baccalaureate certificate from the Pennsylvania Academy of Fine Arts to be able to pursue a master’s degree in arts.

After attaining her second undergraduate degree, she gained a Masters of Fine Arts degree from the Yale University School of Art. 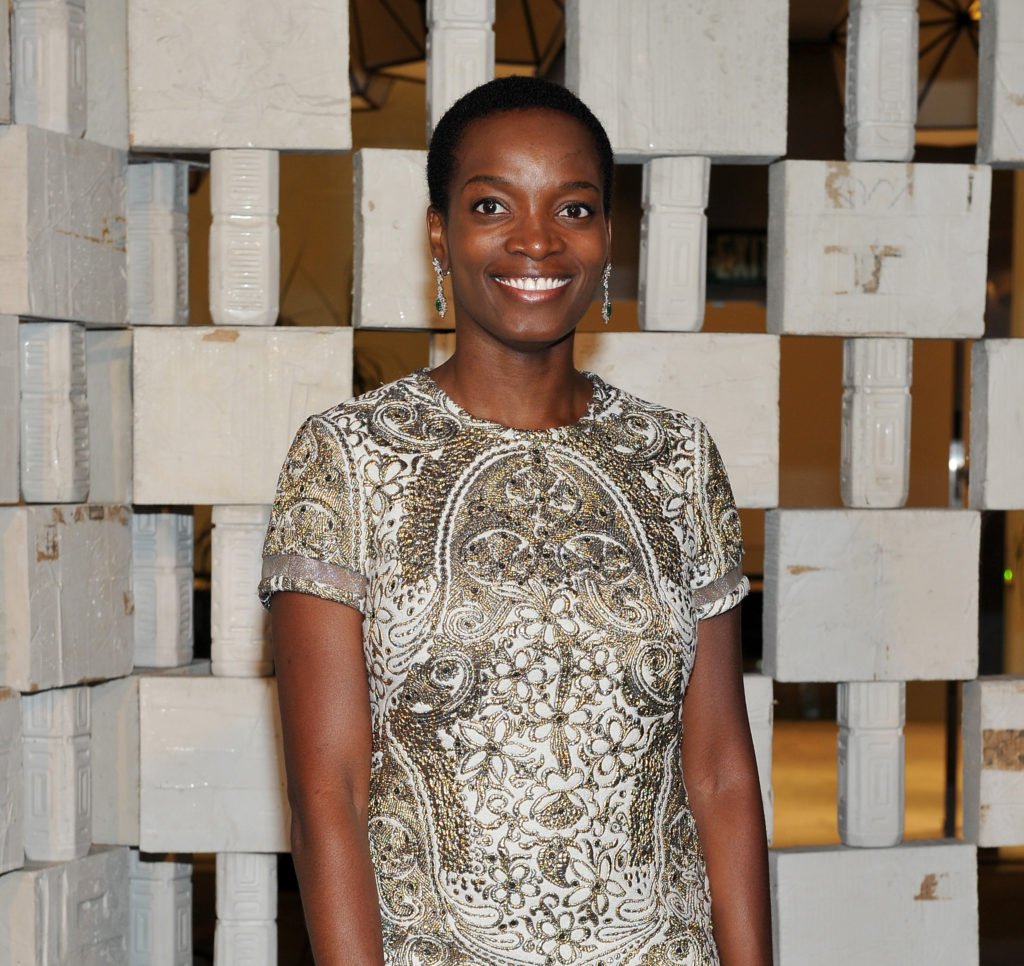 While the 3.4 million dollar auction of her Bush Babies art piece is a big deal for artists and Africa, the huge news for the Nigerian artist is just one of many accolades she has to her name.

The ‘Bush Babies’ masterpiece was auctioned in England at the Sotheby’s Contemporary Art Evening Auction where it had been part of an all-star lineup art exhibition. Much of the proceeds from the auction will go into charity. For Crosby, the significance of the million dollar auction is not much of a big deal as she chooses to stay focused and express herself through the medium she best knows. 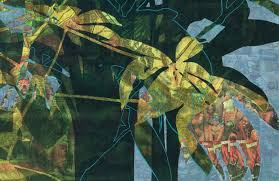 Njideka’s works are making a wave in the art industry because they visually represent and speak to African ethnics verses Western standards often merging the two in a balanced manner that keeps the African diaspora sane and with a unique identity.

In 2015, the visual artist was named one of the 2016 Financial Times Woman of the year and won the McArthur Genius grant in 2017 to design the murals that wrap around the Museum of Contemporary Arts in Los Angeles. 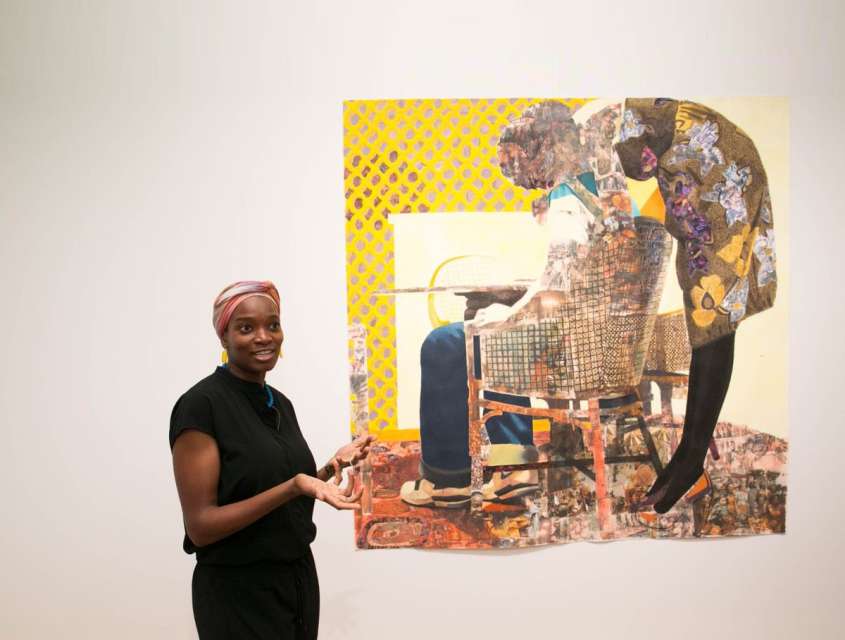 Njideka, despite her huge success, continues to remain humble and focused on letting her art be a true reflection of contemporary life and experiences in one way or the other.

For many upcoming visual artists and creatives, Njideka continues to inspire and push them to be passionate and never lose focus on their works proving that fame and fortune do not make the artist but his or her work does.