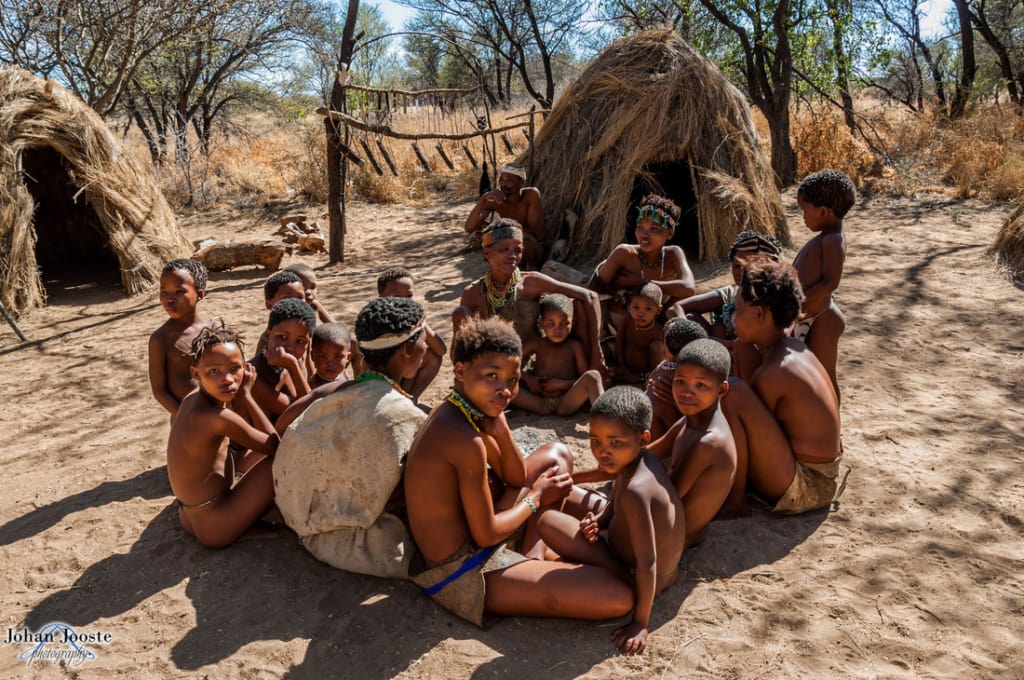 Also spelled as !Xun, the !Kung San is an ethnic group predominantly found in the Kalahari Desert in Namibia, Botswana, and Angola. They are well-known for their extensive use of click consonants. Letter “!K” in the name “!Kung” is a click sound similar to how a cork sounds when pulled from a bottle. !Kung San originally lived in semi-permanent camps of about 10 to 30 people who were mainly hunters and gatherersr. They are also animistic and animalistic, which means they believe in personification and impersonal forces. !Kung San people speak the !Kung language, commonly referred to as Ju.