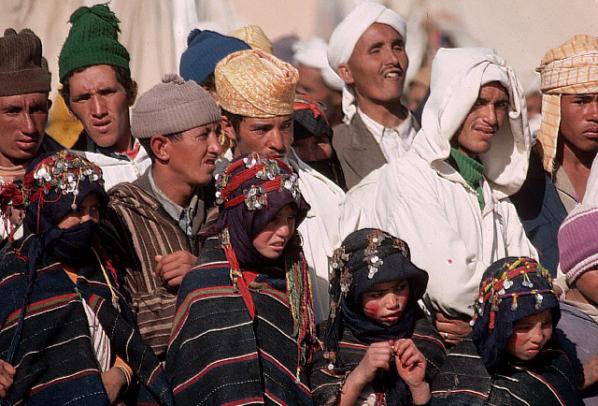 Also known as the “Berbers,” the Amazighen people are an ethnic group occupying north Africa. They are settled in an area stretching from the Atlantic Ocean to the Siwa Oasis in Egypt, and from the Mediterranean Sea to the Niger River. Originally, the Amazinghen people spoke Berber languages, which together formed the Berber branch of the Afro-Asiatic lanuage family, but colonization introduced new languages like French and Spanish. This group of people is predominantly Muslim.