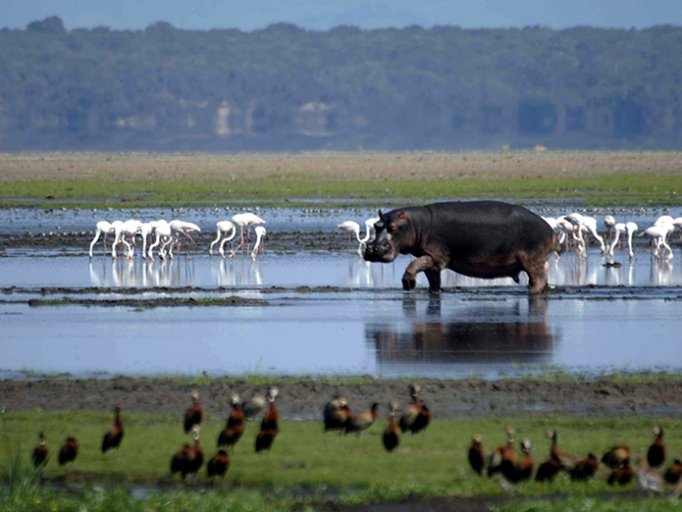 Previously known as the “Greater St. Lucia Wetland Park,” the iSimangaliso Wetland Park is South Africa’s third-largest protected area, covering about 275 square kilometres. It is located on the east coast of KwaZulu-Natal, north of Durban, and is a popular spot for kayaking, one of the most popular water pastimes in the world due to its adventurous and daring nature. It is made up of Lake St. Luci, St. Lucia Game Reserve, False Bay Park, Kosi Bay, and Lake Sibhayi, among other natural ecosystems.

The most serious threats to the Park are damage to the hydrology and salinity of the wetland system and damage to the land by exploitation of its resources. In 2014, it was reported that the iSimangaliso-St Lucia Wetland Park has been targeted by the World Bank and South African heavy industry as the country’s first carbon dioxide storage dump, putting the site under threat.