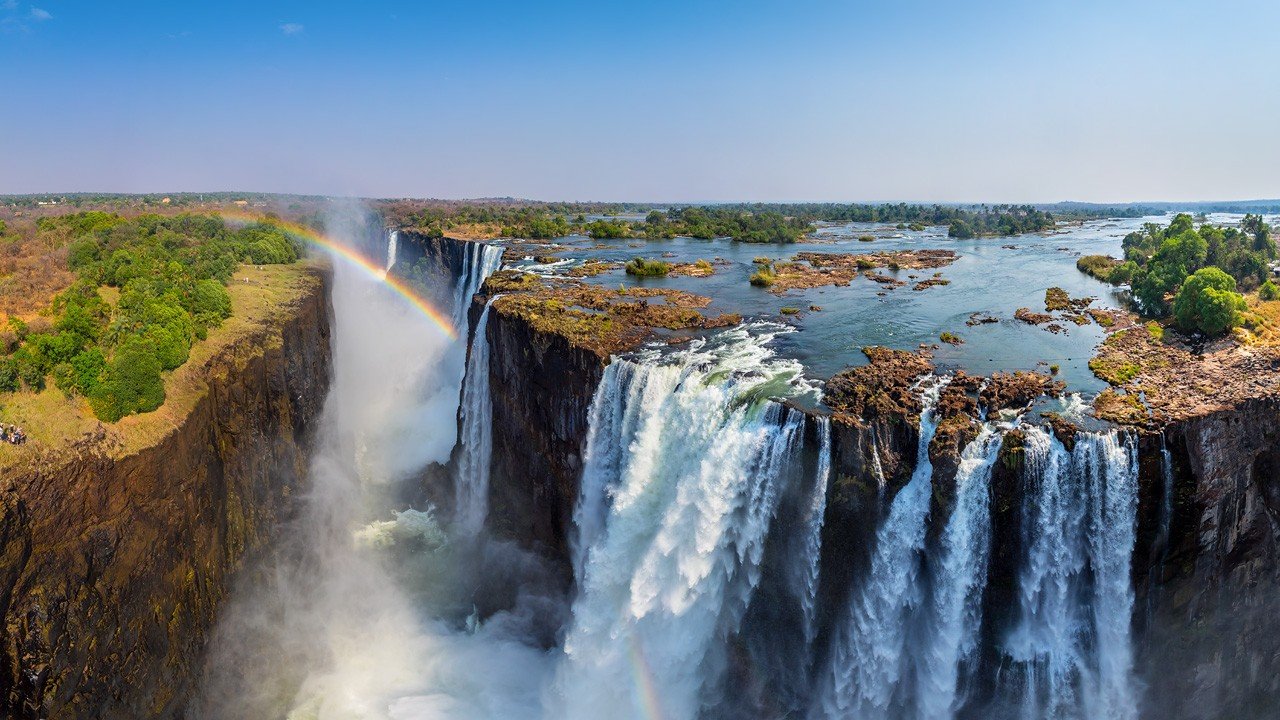 Also known as “Mosi-oa-Tunya” in Bantu which means “The smoke that thunders”, the awe-inspiring Victoria Falls is located on the Zambezi River on the border between Zambia and Zimbabwe. Named after Queen Victoria of Britain by David Livingstone, a Scottish explorer and missionary who was apparently the first European to view the falls on November 16, 1855, Victoria Falls is the largest waterfall in the world based on its height of 108 metres (354 ft) and width of 1,708 metres.

In 2017, there were reports of congestion caused by heavy trucks at the Victoria Falls border post in Livingstone, stating that it could reduce the lifespan of the facility.