The independence celebrations of the Democratic Republic of Congo on June 30th, 1960 particularly left a very well deserved bitter taste in the mouth of the Belgian King Baudouin.

After his speech praising Leopold II, under whose reign an estimated ten million innocent Congolese perished, Prime Minister Lumumba countered with a rather unexpected and damning speech humiliating King Baudouin and condemning the atrocities committed by the Belgians on the people of Congo.

Take a look at the video below:

A year later, Lumumba was captured and assassinated. The United States, United Nations and former colony Belgium were complicit in his murder as they looked on while he was tortured despite letters he wrote for protection during the Congo Crisis.

Below is the full transcribed speech: 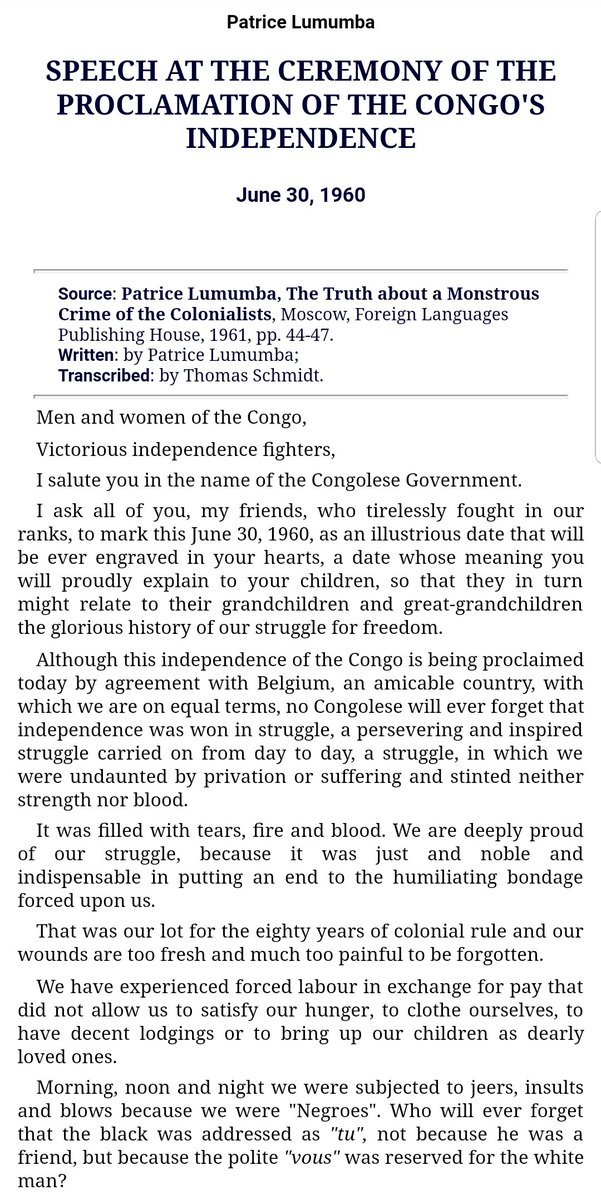 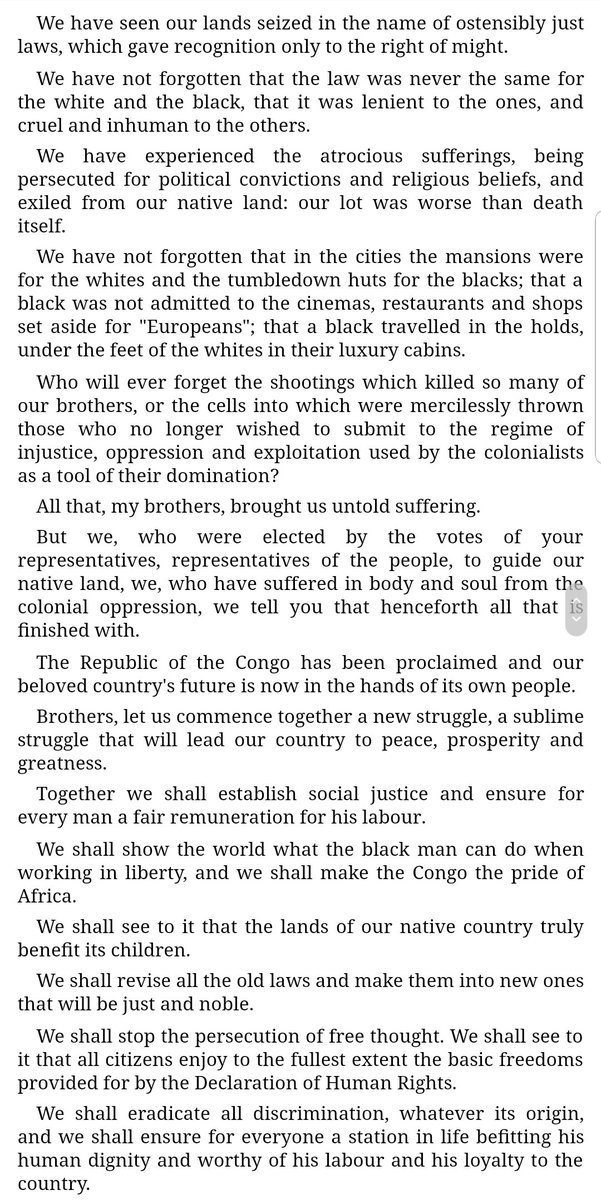 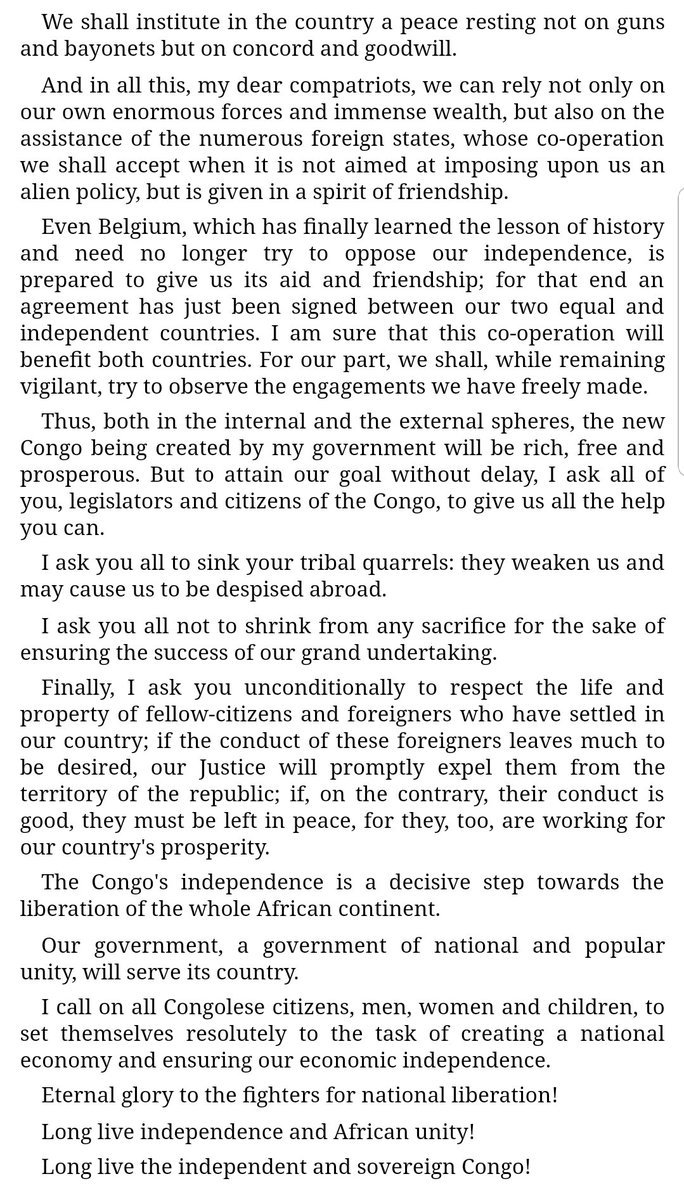