The dream of a united Africa started way before the formulation of the Organisation of African Unity (OAU) in 1963 following an intervention by the King of Ethiopia, Haile Selassie I in Addis Ababa.

In the early 1960s, when independence was sweeping throughout the colonized continent, liberation fighters and independence heroes were loosely speaking about a united Africa that will end colonization in the whole continent.

Ghana’s first president, Dr Kwame Nkrumah, had verbalized the idea in 1957 when the Gold Coast gained independence from Great Britain. He proposed for an immediate unity of the continent.

Nkrumah further wrote about African unity and showed the way by financially supporting Guinea after the French abandoned the newly independent country in 1958. He also organised the first Pan-African meeting called the All-African People’s Conference in the same year. 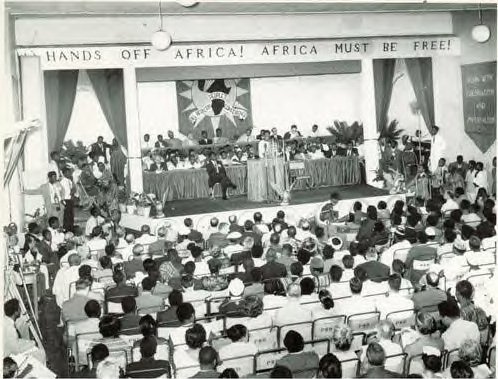 One of the All-African People Conference in Accra. Photo: Facebook

Together, with the leaders of Algeria, Guinea, Morocco, Mali and Libya, they became known as the Casablanca Bloc, formed after the second All-African People’s Conference in Addis Ababa in 1961 and led by Nkrumah to push for a federation of all African states to be called the United States of Africa. The name takes its origin from Marcus Garvey’s 1924 poem, Hail, United States of Africa. 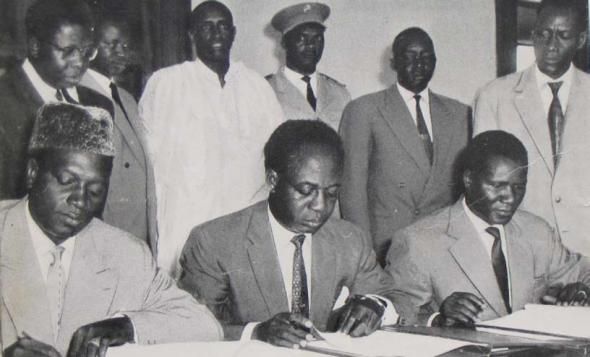 The United States of Africa concept was opposed by some leaders of other independent African states including Senegal’s Léopold Sédar Senghor and the leaders of Nigeria, Liberia and Ethiopia. They were referred to as the Monrovia Bloc and wanted unity to be achieved gradually while Africa remains a continent of independent states.

Subsequent debates over a United Government – before the OAU was formed – was held during meetings in the towns of Sanniquellie, Liberia and Addis Ababa, Ethiopia in 1959 and 1960 respectively. This was followed by an invitation from Emperor Haile Selassie to Addis Ababa for a summit. 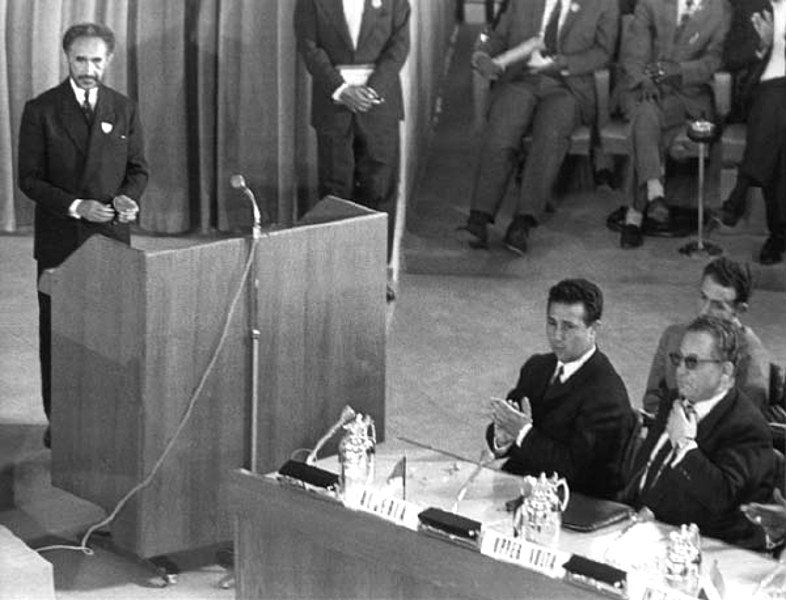 Haile Selassie opening the 1963 meeting that birthed the OAU

The monarch is reported to have financed the building of an Af­rica Hall worth $2 million to provide a place for African leaders to meet. He also footed the bill for a luxurious guest house and banquet among others.

Leaders of the 32 independent African states honoured the invitation of Haile Selassie and were offered a luxurious treatment ahead of the meeting that was a deciding factor for Africa’s unity.

The Casablanca Bloc stood by Nkrumah’s philosophy that “Africa must unite now”, as Egypt’s Nasser, Ahmed Ben Bella of Algeria and Sekou Toure of Guinea denounced “impe­rialists” and “colonial exploit­ers” at every opportunity.

The Monrovia Bloc thwarted the possibility of an immediate union with the argument that no matter how good it sounds, unity won’t work unless economic cooperation is achieved.

The host, Haile Selassie, added his voice saying the leaders must move step‐by‐step toward unity as “tradition cannot be abandoned at once” and the disagreement to a union by the people could frustrate progress toward coopera­tion and development.

A 1964 New York Times report stated that: “Africans would disagree on im­mediate union because they fear Nkrumah’s driving ego­centricity might lead to his becoming the first, and per­haps permanent, ‘president’ of a United States of Africa.”

The Emperor’s astute voice successfully gained the signatures of all the 32 independent African states on the charter that established the Organisation of African Unity on May 25, 1963. 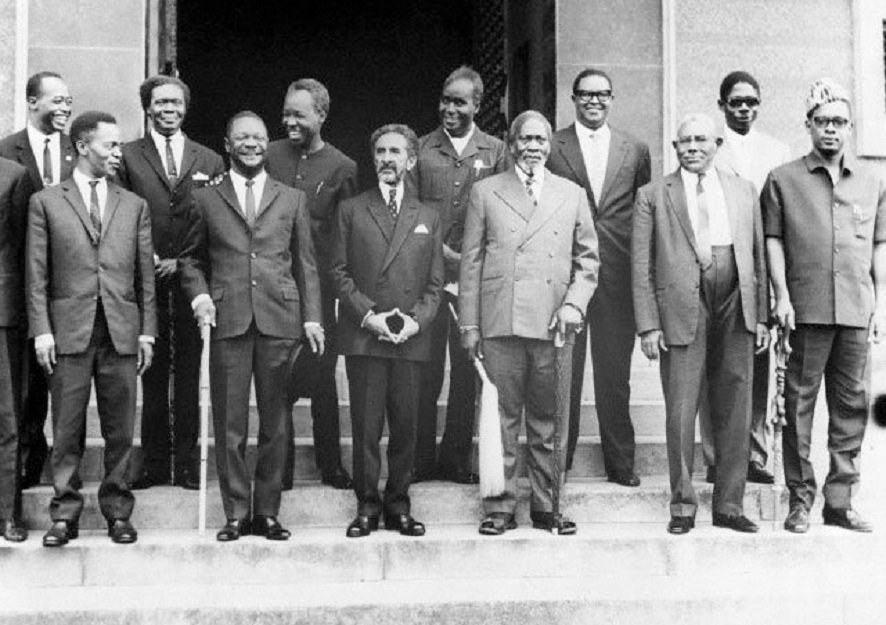 44 years after the attempt to create a Union Government during the founding of the OAU, the opportunity came up once again at the 9th Ordinary Session of the newly formed African Union (AU) in Accra, Ghana.

The agenda was to debate the creation of the Union Government that will lead to the formation of the United States of Africa as adopted by a 2006 study. The study proposed a single African military force, a single currency and a single passport for Africans.

Those in support of the Union Government included Robert Mugabe of Zimbabwe and Muammar Gaddafi of Libya.

The heated debate in Accra failed to institute the Union Government but the heads of state agreed to accelerate political and economic integration, strengthen the organs and institutions of the AU and then set a timeframe to establish a Union Government with the involvement of Africans and the diaspora. 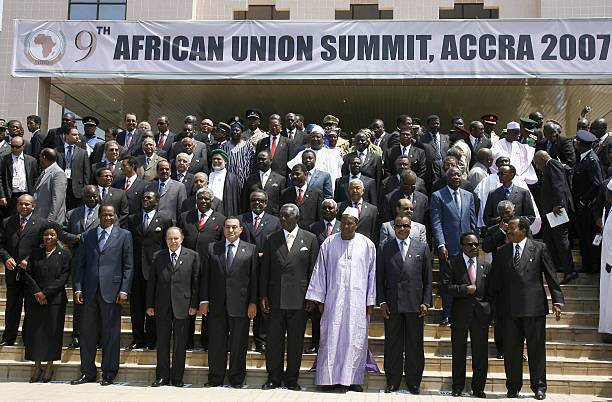 Since then, teams have been set up in 2007, 2008 and 2009 to review the recommendations and give the green light for the transformation of the African Union Commission into the African Union Authority to pave way for the Union Government which will be led by a president, vice president and secretaries.

All the teams have since deferred their assignments and the dream of a United States of Africa still lingers as its key proponents including Gaddafi and Mugabe have been kicked out of power.