Israel is really pushing hard to become an African Union (AU) member, with a recent call on the Ghanaian government to back its bid for an observer status, a position it lost in 2002 when the former Organisation of African Union (OAU) was dissolved and replaced by the AU.

Apart from strongly believing that its absence in the African Union has affected the country in terms of votes in international forums as a result of the country’s voice not being heard, Israel is of the opinion that readmitting it into the AU as an observer will help attract Israeli investment to Africa.

But Israel’s tarnished history with the African continent remains an obstacle and what makes matters complicated for their bid to rejoin the Union is the fact that its rival state, Palestine is currently an observer member.

In 2013, during the 21st summit of the African Union (AU) in Ethiopia, the AU granted Palestine an observer status, voicing support for the Palestinian struggle to establish an independent, viable state with East Jerusalem as its capital. 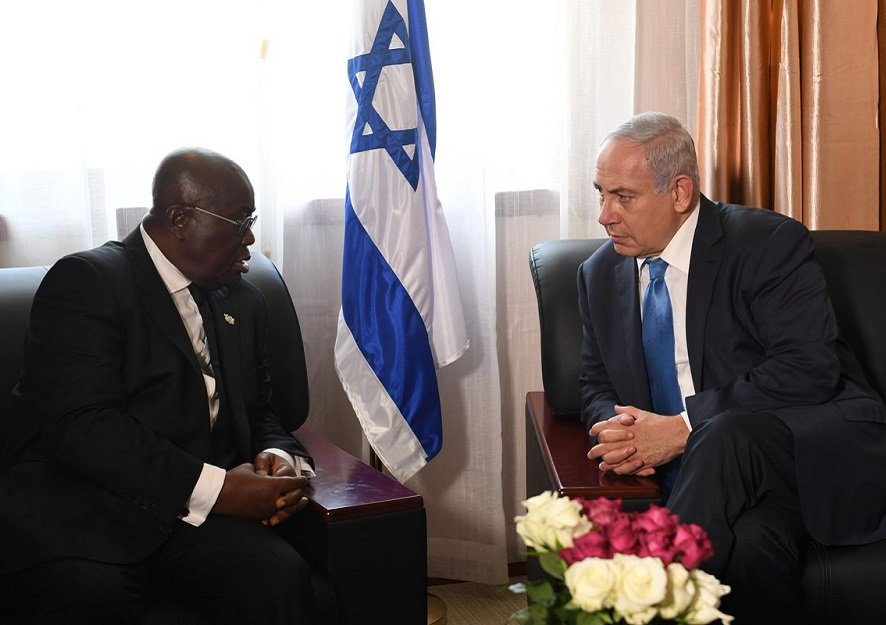 The organization also expressed concern over Israeli occupation of Palestinian land and other Arab territories which, it said, violates international law.

Since 2013, the Palestinian leader Mahmoud Abbas been addressing the Union, a move Israel sees as a disadvantage since they will need the support of the giant bloc of 54 African countries to push through their expansion agenda into Palestinian territories. 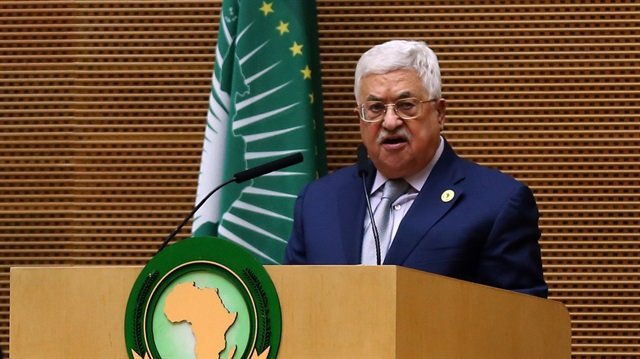 Prime Minister of Israel, Benjamin Netanyahu, for many years, has been pursuing support and closer relations from the African continent. On a visit to Kenya in 2016, he said “There are 50 countries in Africa”, “Just about all of them could be allies of Israel. They vote at international forums, and I know people don’t believe this, but I think we can change the automatic majorities in the UN and so on if you begin to shift this.” 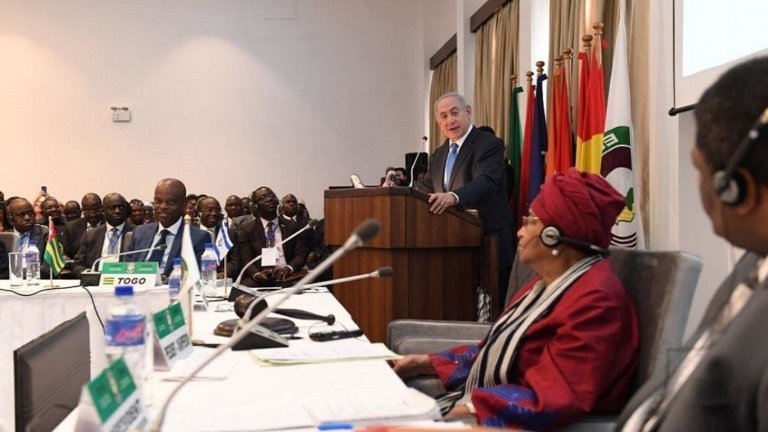 Netanyahu even went further with a proposed controversial ‘Africa-Israel Summit’ which was slated for October 2017 in Lome, Togo, but was later cancelled following boycott from some African states and internal strife in Togo.

The Israeli leader had hoped to garner support for Israel at the UN and to persuade African countries who were hostile to it and supportive of the Palestinians to change course. But this did not materialize, causing a crushing blow to Israel.

The Israeli-Palestinian conflict, since 1948 is over who gets what land and how it is controlled. Israel, the world’s only Jewish state, is located just east of the Mediterranean Sea. Palestinians, the Arab population that hails from the land Israel now controls, refer to the territory as Palestine, and want to establish a state by that name on all or part of the same land.

This had led to series of wars between Israel and the surrounding Arab nations over the territory, resulting in deaths and injuries. The war in 1967 left Israel in control of the West Bank and Gaza Strip, two territories home to large Palestinian populations.

A “two-state solution” that would establish Palestine as an independent state in Gaza and most of the West Bank, leaving the rest of the land to Israel is said to be the primary solution though both sides are still divided over how to make this work.

Over 150 Palestinians have been killed and more than 2,000 wounded by Israeli troops since the 2014 Gaza war. Palestinians have been protesting but this escalated, leading to more deaths on the day the U.S. opened its embassy in Jerusalem, a move the Palestinian people described as clear U.S. backing for Israeli rule over the whole city, whose eastern part they claim. 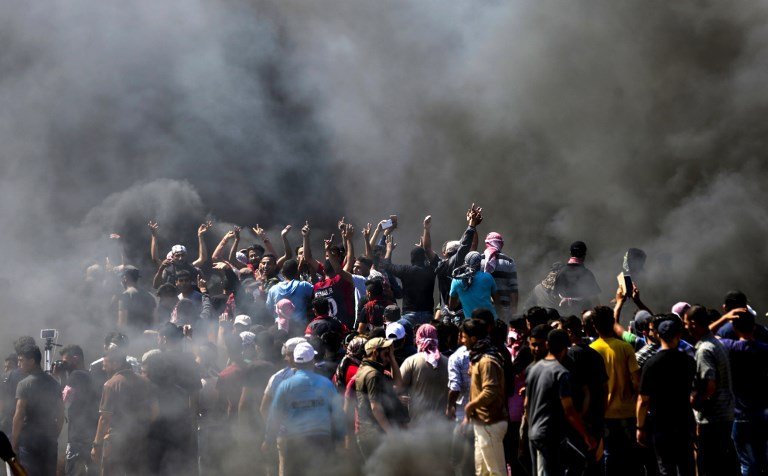 Over 150 Palestinians have been killed and more than 2,000 wounded by Israeli troops since the 2014 Gaza war — Times Of Israel

As the Palestinian struggle for freedom and human rights captures international attention, more and more countries have come under pressure to declare their stance on the Israeli occupation and most African countries including Ethiopia, Tanzania, and South Africa have never shied away from stating their position.

Africa has already faced a dark history involving the slave trade, colonialism, apartheid and genocide and would, therefore, not want a repeat of Israel’s version of apartheid on Palestinians. South Africa, said to be Israel’s harshest critic outside the Islamic world due to apartheid has over the years shown so much interest in the fate of the Palestinians.

Following the overthrow of the apartheid regime in South Africa, the government did a U-turn on Israel after what was once a warm relationship. Israel was one of the few countries to maintain strong ties with South Africa during a comprehensive international campaign to isolate it in order to end apartheid in the 1980s and 1990s.

Though Israel continued to denounce apartheid in the 1960s, it privately began to cultivate relations with South Africa in secret.

“At various times during the 1950s and 1960s it was in the interest of either Israel or South Africa to keep the relationship quiet: in an attempt to offset the hostility of its Middle East neighbours, Israel was striving to develop friendly relations with the emerging nations of Africa, while South Africa was trying to build economic ties with Arab states. However, as hopes of normalizing their foreign policies grew dim, the two states were drawn increasingly closer. Arms sales were a prominent aspect of the relationship, and the two countries began sharing military and intelligence information after Israel’s 1967 war. This help later proved valuable to South Africa in its attacks on its neighbours,” an article on the Institute for Palestinian Studies stated.

After apartheid, the relationship between Israel and South Africa has been strained, with the governing African National Congress largely sympathetic to the Palestinian cause in the wake of their conflict with Israel. The ANC had voted to urge the government to immediately downgrade Pretoria’s embassy in Israel, with a South African official recently accusing Israel of being the world’s only apartheid state due to its policies towards the Palestinians and other non-Jews.

African countries are further discouraged from allowing Israel into the AU due to the latter’s harsh and discriminatory treatment of economic migrants and refugees, particularly from Sudan and Eritrea. Israel has been keen on kicking out African asylum seekers after unsuccessful threats of illegal deportation of the about 40,000 people, imprisonment and even suspension of a relocation deal by the U.N. refugee agency to send them to Western countries.

The country later introduced a new law in August 2018 which allows the withholding of 20 per cent of salaries of African asylum seekers which can only be reclaimed after they leave the country. 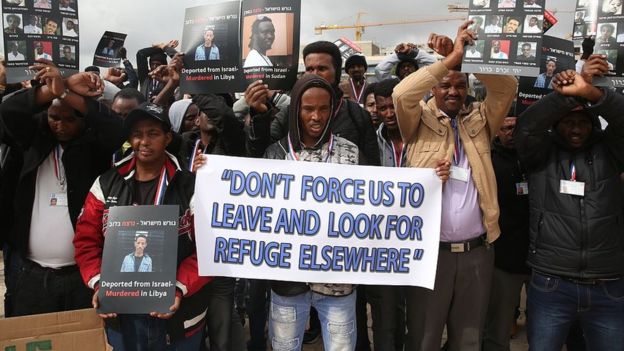 Since 2009, only eight Eritreans and two Sudanese have been recognized as refugees in Israel. Another 200 Sudanese from Darfur were recently granted humanitarian status. Currently, 27,500 Eritreans and 7,800 Sudanese are seeking asylum status to start a living in Israel. The African Union is yet to take action on the fate of these Africans who are in distress.

In effect, most African countries have been wondering how Israel would be able to make its supposed significant contributions to the continent while it continues to be unwelcoming to people from the continent.

Meanwhile, since getting an upgrade as a non-member observer state of the United Nations General Assembly in 2012, Palestine has been able to join several conventions and treaties and an array of international organisations such as the United Nations Educational, Scientific and Cultural Organization (UNESCO) and the International Criminal Court (ICC).

Having joined the ICC, Palestine has been able to bring cases against Israeli officials for alleged crimes such as the 2014 Gaza war. Due to the increasing support for the Palestinians in international forums, its rival state, Israel would also want to get the needed backing to push forward its agenda and has , therefore, turned to Africa.

“Would their request to join the AU be granted?” is the question on the minds of many people.

A decision could be made on Israel’s bid for an observer status in the African Union during the 32nd Ordinary Session of the Assembly which will be held on February 10 and 11, 2019 in Addis Ababa, Ethiopia.