The Winti Traditional Religion, a purely African religion, was started around the 16th century by enslaved Africans taken from West Africa into Suriname, which was by then a Dutch Colony.

In 1667, Suriname officially became a colony under the Dutch after several disputes with the British who also had a grounded settlement and trading businesses on the land. After the Dutch successfully took over the lands, they immediately started a heavy slave trading business.

The traders preferred West African slaves mainly because weather conditions in the new colony were very similar to West Africa’s, meaning that the captured people could adapt easily and that they were mentally and physically stronger, could work for longer hours and hardly fell sick. 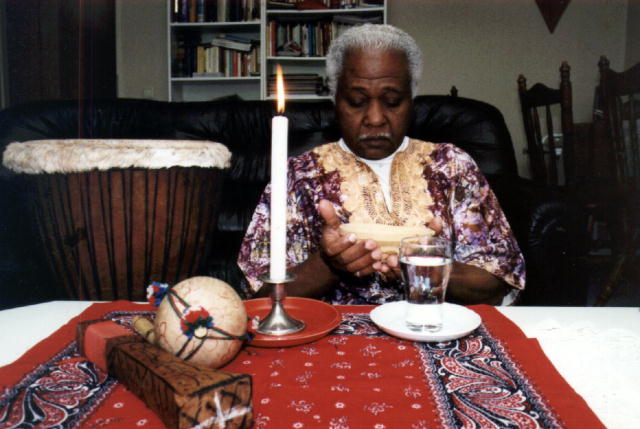 The Winti traditional religion started almost as soon as West African slaves arrived on plantations in Suriname. It, however, saw rampant growth in the 17th century when the Dutch had full control over the land and brought in more Africans to work.

In modern times, it is popularly referred to as an Afro-Suriname Religion of pure African origin that has carried on to date despite several attempts by the Dutch, British and other European societies to bring it to an end.

Winti is a very unique African religion for several reasons. First of all, it is one of the very few traditional practices to leave the shores of Africa into the diaspora and not only survive but develop into a religion. It is also one of the very few original African Religions with no western religious influence. 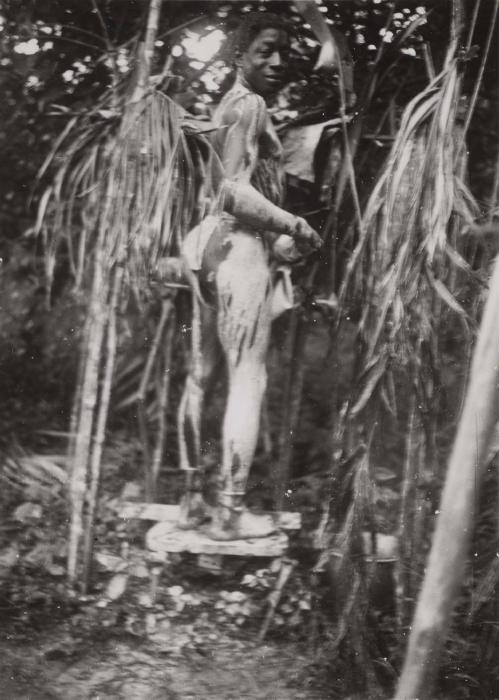 The most interesting aspect of Winti is the fact that it developed out of diverse ethnic groups that found themselves in Suriname and gave them a sense of connection to their African roots.

It is identified as a fusion of the Akan-Fanti traditional practices from Ghana and the Fon traditional practices from Dahomey, now Benin. While these two traditions form the foundation of the religion, it also has elements of other West African traditions from the Ewe from Togo and Ghana, the Yoruba from Nigeria and other smaller ethnic groups from Burkina Faso, Cote D’Ivoire and Togo. 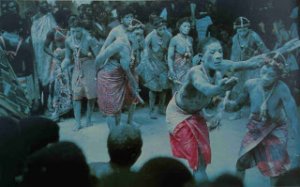 Winti traditional dancers during a ceremony

The worshippers believe in three principals: the supreme being, spirits and the forest spirits. The supreme being is referred to as Anana Kedoeaman Kedoeampon, which translates to the God of Heaven. The name originates from the Akan-Fanti attribute to God, Anana Tweaduaman Tweaduampon.

Through the four pantheons: earth (Goron Winti), air (Tapu Winti) and water (Watra Winti) and the forest (Busi Winti), the believers draw strength, guidance, healing, protection and prosperity from God and their ancestors, with whom they communicate through a spiritual leader.

The religion is also referred to as a guide for humans for better human and family relations as well as a preserve of traditional African heritage despite being stripped off from Africa. 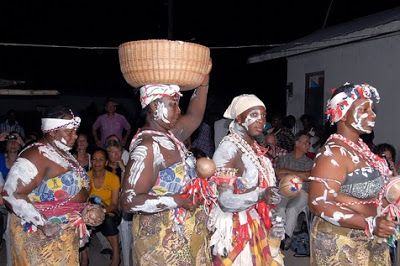 For many years, the Dutch tried every means possible to stop Winti from developing and being practised. They labelled it as Black Magic and were afraid of the “dark rituals” performed during the drumming and dancing ceremonies. Enslaved Africans caught in the practise were often severely warned, punished or beaten and some were forced to convert into Christianity. But these measures did not prevent the Africans from practising their faith. For them, it was a peaceful demonstration and resistance to westernisation.

Between 1874 and 1971, after the abolition of slavery in Suriname, Winti Traditional Religion was banned as it was declared a demonic cult practice and a taboo associated with uneducated and third class citizens. Africans were forced to convert into Christianity, to speak Dutch and to abandon their African traditional beliefs and practises.

The religion was secretly practised and was able to survive the ban until Suriname gained independence in 1975 when the ban was lifted.

Today the religion remains in its original state: free from Western influence.  It will be most interesting to know how the founder of the religion was able to blend so many traditional practises to become one strong religion of resistance.