Thanks to Taylor Richardson, a 14-year-old aspiring astronaut, scientist, and engineer, 1000 girls will be able to view Oprah Winfrey’s new sci-fi film, A Wrinkle in Time. Her initial goal of $15,000 has long been surpassed. She has now raised a whopping $20,507.

This isn’t the first time Richardson has fundraised for a worthy cause.  In 2016, she raised $20,000 to send 1000 girls to see Hidden Figures starring Taraji P. Henson. 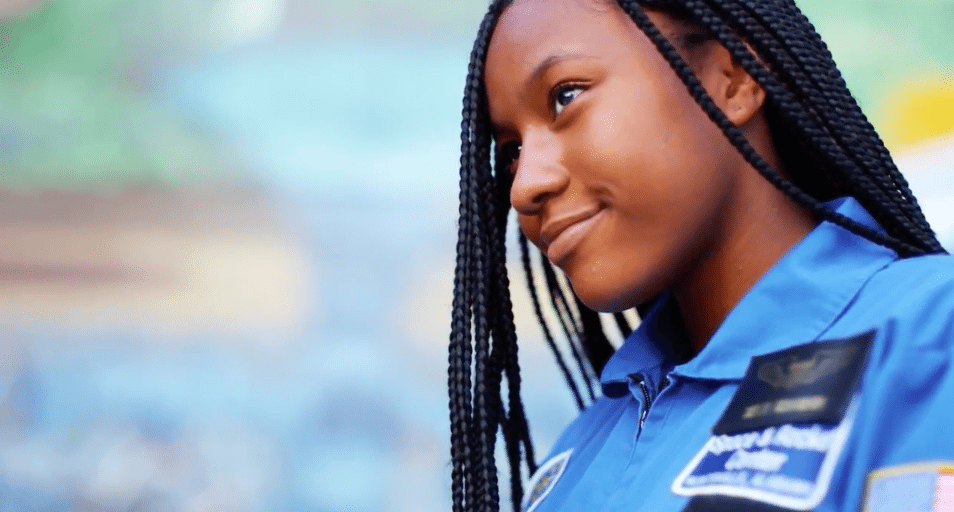 Richardson is definitely a goal-getter.  At just nine-years-old, she set up a GoFundMe page to fund her trip to space camp in Huntsville, Alabama.  Crowdfunding at its best.

Richardson is a staunch advocate for gender equality in Science, Technology, Engineering, and Math (STEM). When asked what her inspirations were for raising money for girls to see these movies, she iterated: “It shows young, black girls deserving a chance to be a part of the scifi [sic] cultural canon. It has a female protagonist in a science fiction film. A brown girl front and center who looks like me in the role of Meg, a girl traveling to different planets and encountering beings and situations that I’d never seen a girl of color in. Most impressive and importantly, it’s a fantasy film that is not about some white boys fighting evil, but about a black girl overcoming it.”

She continues: “Supporting this project means you support not only diversity but gender equality in STEM and our films. KIDS NEED REPRESENTATION so that they can take pride in who they are and know that they are more than capable of being anything they put their minds to. Help us be warriors we Know we can be in STEM!”

Richardson’s additional efforts towards encouraging black women to aspire towards STEM-related fields includes the formation of Taylor’s Take Flight with a Book club, Astronaut StarBright Space Camp scholarship, and using the leftover proceeds from her fundraising campaigns to contribute to causes related to STEM-related projects, events, and scholarships.

Richardson has a bright future ahead. What’s even more rewarding is she’s using her rising power to encourage others to follow their dreams as well.