Face2face Africa wish to congratulate all the well deserving 2012 Best International Act: Africa and UK nominees. Below is a profile of the Africa nominees. Click here to view UK Nominees. 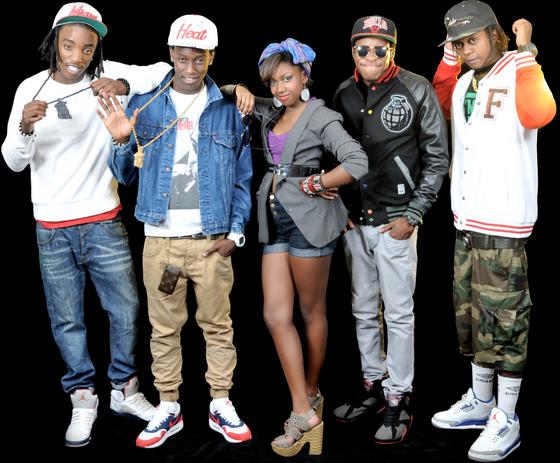 Camp Mulla is a hip-hop group founded by rappers Taio Tripper, Young Kass, Super-Producer K'Cous, Miss Karun, and their syndicate hype man, Tuchi.  These young but very talented rappers are based out of the East African region of Kenya. According to Camp Mulla, "the only way to start the takeover was to use our personal relationships and talent to make a name for ourselves which we genuinely didn't have." Camp Mulla not only caught the attention of the streets, but also the eyes of major artists who noticed their hard work, dedication and talent, which soon enough made a name for themselves as well as the solid relationship with fellow artists that they were seeking.  Camp Mulla is signed to Sub-Sahara Limited who also distributes their music, and are managed by Taurus Group. Their widely appealing music is now available for mobile ringtones and downloads all across the world. Furthermore, their music videos have been featured on major platforms all across Africa and Europe such as BET International, MTV Base, Trace TV, Channel O and many more thanks to the high definition quality of their content. Their leading videos, Party Don’t Stop, Addicted, Holding it Down and Fresh All Day were all shot by Nigerian super director, Clarence Peters from CAPital Dream Works. With their tracks already experiencing weeks on the Afribiz Top 50 Charts, their upcoming album, Funky Time due for release this summer, promised to make this group one of the most sought after this in Africa, and with a BET Awards nomination, their appeal will extend across platforms worldwide. 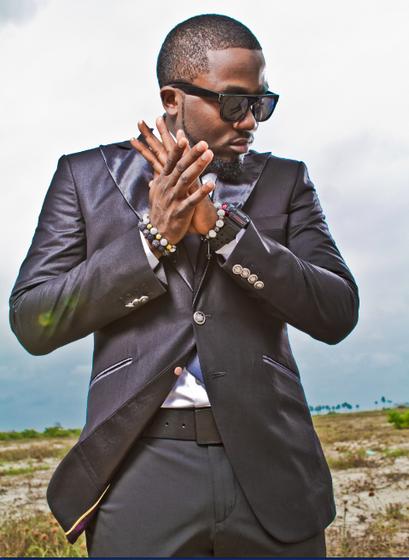 Panshak Zamani, aka Ice Prince, started performing rap while still in elementary school, in his native Jos, Nigeria.  In 2002, he and a few friends created a group called the Ecomog Squad, but split up a year later after only a few performances. In 2004, Extraordinary his debut hit single, made waves all over Jos and gradually gained him popularity as an up and coming rapper. That same year, he hooked up with M.I, Jesse Jagz, and a few others to form a group now known as Loopy.  Months later, his next single Rewind, was released and remained on radio station charts in Abuja and Lagos for several weeks. In 2009, he became solidified as an artist after contesting with Nigerian heavy hitters Bez, Mo Cheddah, Blaise and Jimmy Flames at the Hennessy Artistry where he was declared the winner.  Ice Prince Zamani lived up to the hype and delivered a smash hit, Oleku featuring Brymo,  in 2010 which is his official single under the Chocolate City label. Oleku remains on the charts as the most requested and re-mixed African song to date worldwide. Aligning with Chocolate City label mates, Ice Prince, M.I, Jesse Jagz and Brymo have become very successful and chart making artists collectively known as the CHOC BOIZ. Ice Prince‘s ' rap resume' consists of a long list of songs he’s been featured on.  From Banky W to eLDee and Naeto C, Kel, Terry Tha Rapman, Sauce Kid, Djinee, Mo Cheddah, Wizkid and the obvious suspects M.I & Jesse Jagz just to name a few. His second single, Superstar, has also charted exceptionally well and appeared on the international airing of BET’s 106 & Park & The Heat video shows. He’s not only worked with the biggest artists in the industry, but was also featured on the highly anticipated 2011 BET Hip-Hop Awards Nigerian cypher.  With concerts and appearances throughout Africa, Asia and Europe, and with this most sought after BET Awards nomination, Ice Prince is most certainly living up to the name of his monster hit and video, Superstar! 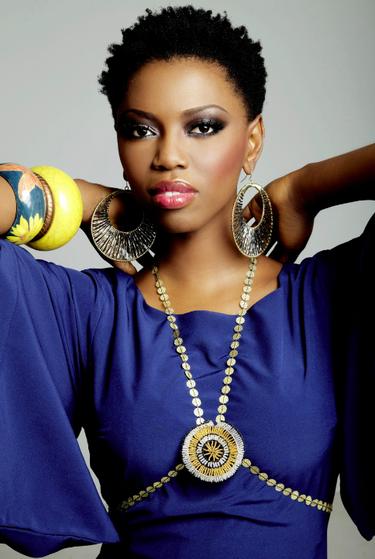 South African vocalist and songwriter LIRA is already a beloved superstar in her homeland, where her first five albums and her first live DVD have all achieved Platinum + status.  Now, with the North American release of her new album Rise Again, this charismatic, multi-talented musical visionary is ready to introduce American ears to her elegantly yet earthy Afro-soul fusion.  Widely regarded as South Africa's top adult contemporary artist, LIRA has racked up an impressive series of achievements since launching her musical career nearly a decade ago.  In addition to racking up numerous high-profile awards in her home country, she's also a familiar multimedia presence, gracing countless magazine covers, and becoming an ambassador for various main stream brands. LIRA began performing at the age of 16, singing both cover versions and self-penned songs. Her career took a crucial turn when her talents impressed a successful local producer, who signed her to his label, 999 Music, which released her 2003 debut album All My Love.  The album became a major hit in South Africa, gaining considerable airplay and earning several national awards.  All My Love's title track even knocked Beyonce's single Dangerously in Love from the top spot of the national pop chart.  But LIRA's frustrations with 999 inspired her to spend several months recording new material without the company's knowledge, and the resulting tracks helped her to win a new deal with Sony Music Africa. Upon its South African release in 2006, LIRA's first Sony album Feel Good became an unprecedented success for a homegrown artist, establishing her as a national sensation.  LIRA achieved multiple nominations and wins at the prestigious South African Music Awards (SAMA), while the album's title track became the country's most downloaded song of the year.  When Feel Good was released in Italy the following year, the song became a substantial hit in that country as well.  Another Platinum + new album, Return to Love, followed in early 2011.  That release once again demonstrated LIRA's ongoing personal and musical growth, with lyrics addressing complex issues of love and hope, and tracks incorporating elements of funk, ragga and traditional African styles.  Although the goals of her original five-year plan were achieved and exceeded years ago, LIRA nonetheless remains focused on her original objectives.  "I just have a desire to share my music with the world," she asserts.  "I need to take that risk, and I'm ready." 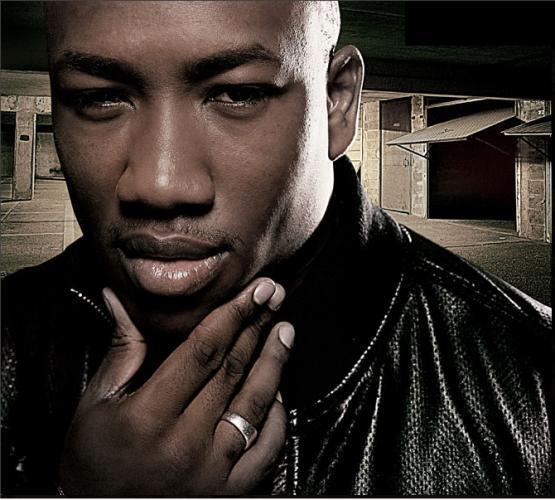 On June 11th 2007, Mokobe a young French Malian formerly from the famous French group 113, released his first solo album; a mix of Hip Hop and African sounds and music. He is the first ever to have reunited on one album so many of the the best musician and singers out of Africa. The list of these artists include: Youssou N'Dour, Salif Keita, Seun Kuti, Tiken Jah Fakoly, Amadou & Mariam, Manu Tchao, Sekouba Bambino and Fally Ipupa.  He has also collaborated with French rappers  Booba, Soprano and Diams and even famous comedian Gohou Michel (Les Guignoles d'Abidjan, Ma Famille.) Determined to make his mark, all his songs have positive messages behind them with the hopes of pointing out injustice in society and portraying AFRICA which he loves so much, in a positive light. In further efforts to impact change, each of his albums have aided in the purchase of mosquito nets in order to aid in the fight against Malaria in Mali and Senegal. In 2007, Mokobe became the only rapper selected amongst the 50 most influential African personalities by the international Afrique Magazine.  In 2008, he won the an award for the BEST AFRO CARRIBBEAN ALBUM. Later that year he would embark on his first US and Canadian tour.  In 2009, Mokobe was decorated in his native, Bamako, Mali as a "Chevalier de l'Ordre National du Mali" (Légion d'honneur) by the President Amadou Toumani Touré. He is the first rapper to ever receive this honor. In 2011 he launched his new album AFRICA FOREVER with lead single OULALA/TOUR in EUROPE & AFRICA.  With his own fragrance and tee-shirt line, Mokobe continues to make his mark in Africa and France and his BET Awards nominee will only draw even more attention to his already extensive international fan base. 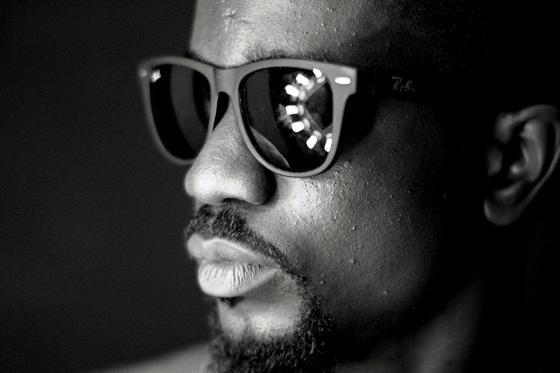 As a trend setting and inventive rapper, Sarkodie began his instrumental career as an underdog rapper- who through years of maturity has earned a novelty in the rap game in Ghana and beyond.  Born as Michael Kwesi Owusu Addo and raised in the infamous Tema neighborhood, Sarkodie is a Ghanaian top notch and award-winning rapper with just two (2) albums to his credit, yet has entrenched his impervious personality in the annals of the music industry as the most sought after.  Sarkodie started rap at the age of 4 with a profound dream of changing the music game and making his presence felt worldwide in the coming years. He finally rose to mainstream fame in 2008 after turning down a job offer from an advertising company to fully take up music as a professional career. In 2010, he had several collaborations and earned numerous accolades and nominations including 5 major awards at the 2010 Ghana Music Awards with his debut album, Makye and other epochal international awards.  He was also part of the historic Ghana cypher that appeared on the international airing of the 2010 BET Hip-Hop Awards.  Breaking the jinx, Sarkodie’s latest, hot-selling Rapperholic album bagged 12 glorious nominations in the 2012 Vodafone Ghana Music Awards.  On April 14, 2012 Sarkodie made history when he was crowned the Artist of the Year for the second time, as well as winning the award for Most Popular Song of the Year for his hit song You Go Kill Me  and the Best Rapper of the Year for another second time. Sarkodie’s iconic and breath-taking stage presence has enabled him to perform on platforms with notable international acts including Chipmunk, T-Pain, Trey Songz, Mavado amongst others. Having toured the U.S.A and U.K, Sarkodie’s hallmark is performance satisfaction and a perfect delivery of thought-provoking lyrics in his kind of music.  As he gradually develops into a million-selling rapper with a distinctive musical signature, his famous claim of being the “fastest rapper” is certainly worth considering. His nomination for a 2012 BET Award for Best International Act: Africa will further solidify him as one of the best rappers ever out of Ghana. 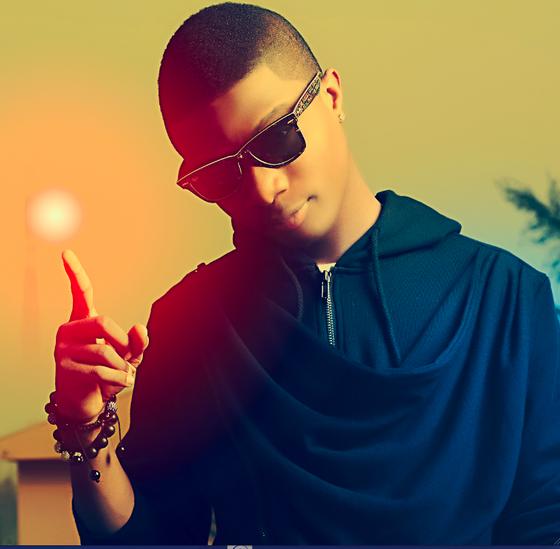 Three years ago, the world was introduced to Nigeria’s hottest musical sensation, Ayodeji Ibrahim Balogun; a.k.a Wizkid.  Quickly dubbed the Justin Bieber of Africa, this singer, song writer, and performer recorded his first album at the age of eleven and released it in his Lagos based church. The industry quickly took notice and Wiz began working with influential names such as OJB Jezreel, Naeto C, and Ikechukwu.  Fast forward to 2009 where a more confident and vocally seasoned Wizid caught the eye of Banky W who signed him to his Empire Mate$ Entertainment record label. In a matter of months, he began collaborating with some of Nigeria’s biggest acts namely; M.I, Lynxx, Samklef, and Bracket. After dominating Nigeria’s charts with the singles Tease Me, Holla at Your Boy & Don’t Dull, Wizkid continued his streak of success with a 2011 multi-platinum selling album, Superstar, which became one of the highest selling records ever in the history of Nigeria. At the age of 21, Wiz has already experienced a whirlwind career that is comparable to some of the biggest veterans in the Nigerian music industry.  Nominated for more than 15 awards worldwide, he won the prestigious 2011 MOBO Award for Best African Act.  The accolades continued with an MTV Base Artist of the Month highlight and a cameo appearance on the acclaimed MTV series, Shuga.  Known for his electrifying stage performances, upcoming tours in the UK and US further demonstrate that Wizkid is well prepared to leave his mark on audiences worldwide. Carrying the hopes of an entire continent on his back, Wiz has already become the premiere African artist to watch.  In a newly signed joint EME/US deal with Akon’s Konvict Muzik, one can literally say this is just the beginning for this amazing artist known simply as “Wizkid.”