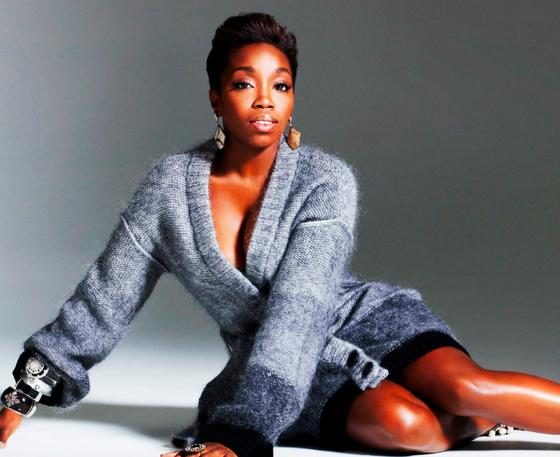 She may be a born-and-raised West London girl, but we’d venture that Estelle Swaray is right at home in the energy of New York, her newly adopted city. The Homeschool/Atlantic recording artist has announced early details of her massively anticipated new album.  ALL OF ME – which follows the Grammy Award-winning singer’s 2008 US debut, SHINE. The new album is heralded by two critically acclaimed singles, Fall In Love (Feat. Nas), and Break My Heart (Feat. Rick Ross), which are both available now at the British hip-hop/soul sensation’s own official website. SHINE – which marked the premiere release from Grammy Award-winner John Legend’s Homeschool Records label, in partnership with Atlantic Records – was without question one of 2008’s most compelling releases.  Executive Produced by Legend and Atlantic Records Chairman/CEO Craig Kallman, the album proved Estelle’s global breakthrough, fuelled in part by the phenomenal hit single, American Boy (Feat. Kanye West). In addition to hitting #1 in the UK, American Boy topped the European Airplay Chart, along with airplay charts in the UK, France, Italy, Belgium, Denmark, and Ireland. In the US, American Boy has been certified 2x-platinum by the RIAA for digital sales exceeding 2 million. And in 2009, the track earned Estelle her first-ever Grammy Award, among many other prestigious honors. 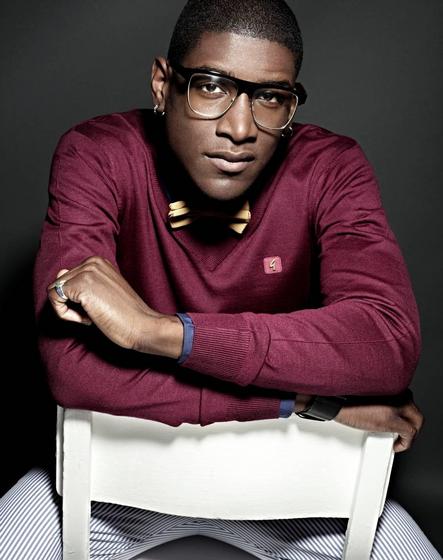 In just two years, multi-talented musician Labrinth has experienced an extraordinary career trajectory. As the producer, writer and vocalist behind Tinie Tempah’s massive hits, Pass Out and Frisky, and future hits for Professor Green, JLS and Devlin. Last September saw the release of Labrinth’s debut single, Let The Sunshine. Labrinth’s prodigious talents as a vocalist, writer and musician, and his ability to be a star in his own right was spotted by Simon Cowell who signed Labrinth to his Syco label. As well as an artist deal, Labrinth also has an imprint under the Syco umbrella. Odd Child gives Syco a first look at new, underground acts, while offering both Labrinth and Odd Child a multi-media, global platform to help nurture new talent.  He is one of the most talked about emerging artists in the press, and has won rave reviews for his performances with Tinie at Glastonbury and Wireless. Born Timothy McKenzie in Hackney in 1989, Labrinth is the youngest son from a family of nine gifted siblings. Entirely self-taught after studying musicians at his local church, and by listening to songs and “envisioning their mood”, he is a naturally gifted, multi-talented instrumentalist who is as comfortable playing bass, drums and keyboards as he is working a studio desk.  It was of course Pass Out’s genre-defying, tempo-twisting smash hit that saw Labrinth rise above the realms of other UK producers.   The lead single, Let The Sunshine is the perfect showcase for Labrinth’s rich, emotive, scale-sliding vocal. Another track, about “an alien coming to earth for a party,” is an upbeat club smash, whilst a third boasts a Beatles sensibility. Put simply, we rarely see such an incredible amount of creative output emanate from one person. Gifted to the point of genius, Lab is also stylish, smart and, importantly, incredibly likeable. With an ability to think in a way that is truly, genuinely unique, his potential is limitless. He’s already created hits in the past and has others out presently, but for the future, it’s Labrinth the solo artist we should be most excited about. “I’m a perfectionist in every sense of the word, because I feel a responsibility to tell my story, and make it amazing. An amazing story is a real story, so I don’t want to be fake with anything I do. The story is me and my life in music.” 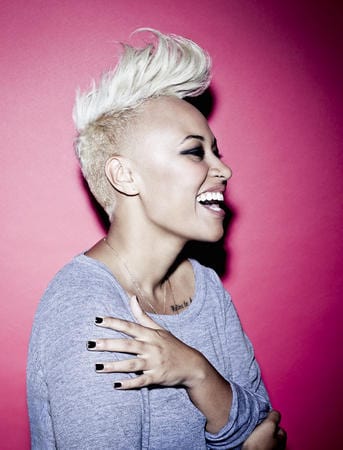 Every so often, music lovers are introduced to a talent so refreshing and distinct that they become fixated.  This theory certainly holds true for UK phenomenon, Emeli Sandé who is of Zambian and Cubrian heritage. A devoted singer and songwriter since the age of ten, Emeli’s first break came years after becoming a contest winner for a BBC Competition. Despite numerous record deal offers, Emeli chose to pursue medicine at Glascow University instead.  By playing piano & jazz standards, she supported her student income, but the bug for music led to trips to London to meet and work with producers.  Blessed with supportive parents, her mother’s decision to submit a cd of Emeli’s songs to DJ Ras Kwame at BBC Radio 1Xtra unleashed the phenomenon. Airplay led to a collaboration with producer/writer Shahid Khan (aka Naughty Boy.)  The partnership transformed Sandé’s music to an urban sound and led to writing gigs for major acts in the UK. In 2010, she signed to Virgin Records and took a break from studying medicine to focus on music. After writing for British acts like Chipmunk, Leona Lewis, Susan Boyle, Tinie Tempah, & Tinchy Stryder, Emeli set to work on her debut album.  Drawing influence from her favorite artists; Nina Simone, Joni Mitchell, and Lauryn Hill, an unforgettable sound was conceived and entitled Our Version of Events.  The album garnered accolades from the press and musicians worldwide and won her the BRIT Award for Breakthrough Artist.  Heralded for her soulful lyrics and rich voice, Adele, Coldplay & Alicia Keys have sung her praise and Sandé is co-writing Keys’ upcoming album. With a musical career destined for success, Emeli Sandé remains grounded by simply stating “It’s far better to come knowing what you wanna do. And I know exactly what I want to do.” 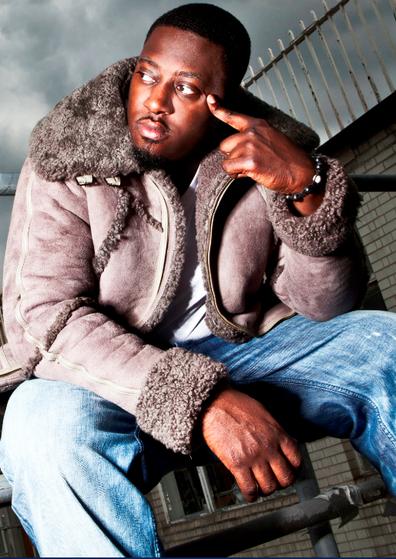 In 2004 the UK’s urban scene took a new direction pioneered by then 22 year old rapper Sway who is of Ghanaian descent and born in the UK. With a plan to make himself heard and respected as a producer, writer artist, he independently promoted and released his mixtapes This Is My Promo Vol. 1 & 2. These releases proceeded to change the rules of the game as they earned him awards and accolades even before the release of his debut album.  His reputation rose from underground to mainstream after coming into the public eye by winning a MOBO Award in September 2005 for Best Hip Hop Act. Sway defeated heavyweight hip-hop artists 50 Cent and The Game to collect the award. He was also nominated for the second year running in the Best Hip-Hop category for the MOBO Awards held in 2006. In July of that year, Sway's album This Is My Demo was nominated for the 2006 Mercury Music Prize but the award was won by the Arctic Monkeys at the ceremony. In November 2006, Sway won a BET Hip-Hop Award for Best UK Hip-Hop Act. By being nominated and winning the BET BEST UK Hip-Hop Act, Sway was seen by millions across America in a video showing himself in a cipher with Saigon, Remy Ma, and Rhymefest  free styling on a rooftop in New York.  He went on to sell out tours in the USA, Europe and Africa, award show performances and collaborations with top artists across the globe including Akon, Kaiser Chiefs, Lemar, Gyedu Blay Ambolley, Craig David, Lupe Fiasco, Chamillionaire, Ian Brown, Madness, Ali Campbell (UB40) and Jamelia.  In the run up to his second album Sway had become one of the UK’s most sought after rappers. When The Signature LP dropped late 2008 the strong ties he had forged with Akon were made official with their collaborative single Silver & Gold. Sway’s prolific abilities have earned him worldwide as well as becoming Akon’s main in house producer. This recognition by major US rap talent has also stretched to artists Kanye West and Pharrell Williams. To date Sway has received twelve major awards including three Urban Music Awards, sold over 100,000 albums, and released seven mixtapes, of which The Delivery 1 & 2 are his most recent, paving the way for his long awaited third studio album. Sway truly deserves the title of the UK’s No.1 Lyricist as well as a producer and writer of the highest international standards. 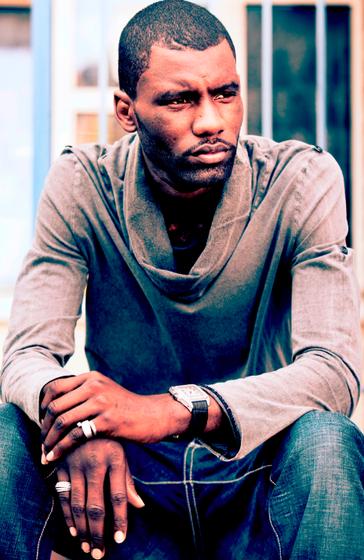 “Wretch 32 is one of the key breakthrough Brits in 2011… on an incredibly accomplished debut, (Black and White), the 26-year-old maps out his varied musical upbringing and enduring loves, to lyrics of revelatory candour with real bite and wit.(4/5 stars) ” Sunday Times Culture “British rap newcomer’s commanding debut is stuffed full of prospective hits… Wretch’s desire to rank beside Kanye and Jay-Z may not be that far-fetched. (4/5 stars)” – Uncut “Wretch 32 is one of the most gifted British MCs in the business.(4/5 stars) ” – The Sun
Following the overwhelming success of the chart-topping, ‘Don’t Go’, Wretch 32 released ‘Forgiveness’ the fourth cut to be taken from his top 5 album ‘Black and White.’ In the run up to the release Wretch 32 will be embarked on his first nationwide headline tour.  The venues had to be upgraded due to an unprecedented demand for tickets. In what can be seen as one of the biggest music success stories of the year, 26 year old Wretch 32 (aka Jermaine Scott) has come a long way from the times when he sold mixtapes in and around his estate in Tottenham to get by. After being earmarked as the artist to watch in 2011 by everyone from the BBC, NME, Q magazine and MTV and notching up an impressive list of fans such as Adele, Nicki Minaj and Liam Gallagher, ‘The Metaphor Man’ (as he is referred to by the grime glitterati) has lived up to the hype.  In addition to delivering a top 5 smash with debut single ‘Traktor’, a no. 2 anthem ‘Unorthodox’ (featuring Example) and no 1 hit with ‘Don’t Go’, and a top 5 critically acclaimed album with ‘Black and White’, Wretch 32 stole the show at festivals over the summer (from Glastonbury to Wireless and V Festival), performed on Later With Jools Holland, been appointed an official Adidas ambassador for the Olympics and was nominated for 4 MOBO awards and a Q award.  Wretch 32’s fourth single ‘Forgiveness’ is produced by Labrinth and features vocals by upcoming singer Etta Bond. One of the most candid and emotive cuts from the album ‘Forgiveness’ sees Wretch reflects on the dichotomy he faces whilst chasing his dream to get ahead in music: “Excuse me, my friend, I think I might have hit my head. Excuse me, my friend, I can’t remember who I am, cos I’m holding on, trying to be somebody, but it won’t be long until I need somebody…”