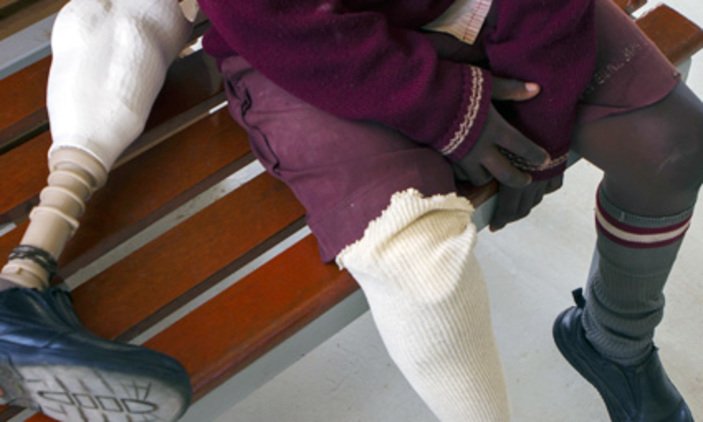 Jesse Ayebazibwe is one of the boys who has benefitted from 3D technology.

In 2012, doctors amputated his leg after a truck hit him on his way home. His life changed as he was unable to play with other children and his grandmother was forced to carry him to school.

In 2015, he received a prosthetic leg at the Comprehensive Rehabilitation Services (CoRSU), which in partnership with Canada’s University of Toronto and the charity Christian Blind Mission, print them using 3D technology.

3D technology has also been used for landmine survivors from South Sudan as well.