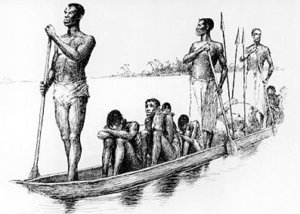 Captives and slaves of war

This was possibly the most famous form of slavery in ancient Africa especially during the reign of powerful kingdoms such as Dahomey, Ghana, Benin and the Bunyoro-Kitara Kingdom. Armies often raided smaller settlements to expand their kingdoms. In the process, the old were killed and the young captured as slaves. The captives were shared among royalty and the military, some were then given to families who in one way or the other pleased the king, and the rest were sold to wealthy traders. These captives served their new owners who in turn gave them good living conditions. Slaves had every right to complain to the royal house and owners were sanctioned if found guilty. Many of such slaves were free to go after a while and others become part of their new families.