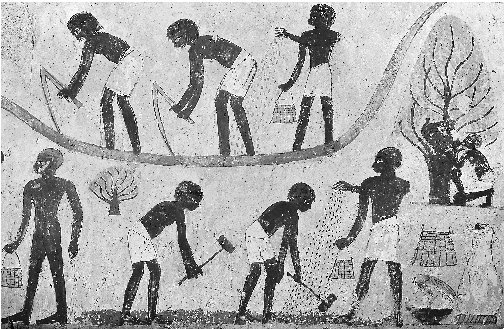 Slaves as punishment for a crime

When a member of society was found guilty of a crime, he or she was made to serve a designated family for a stated period. Prison systems did not exist in ancient Africa, so this form of slavery was also prevalent. The number of months or years that a criminal was made to serve depended on the crime committed. Families of criminals were sometimes given the option to buy back the freedom of their family member, and in the case where they were not able to pay, the criminal was kept as a slave. On rare occasions, criminals were asked to pay a fine, serve as a slave before being exiled. Criminals serving as slaves could gain back their freedom on good behaviour or at the death of their master.