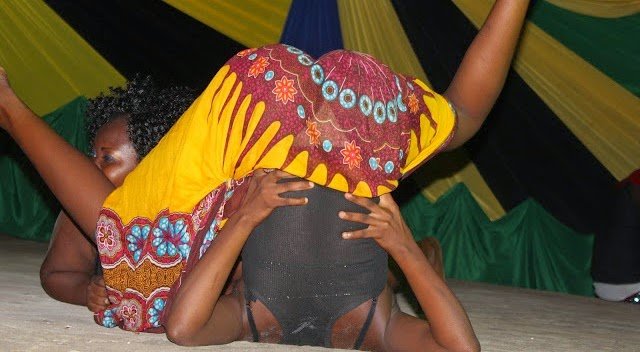 A woman performing the Mapouka dance…DanceAsk

Mapuka is also referred to as Macouka, Mapouka or the “dance of the buttocks.” The dance originated in Dabou, Cote d’Ivoire and can be performed during religious ceremonies. It is said to draw dancers closer to God.

Similar to “la danse du fessier” or “the dance of the behind (buttocks)”, the dance is performed at celebratory festivals, where women shake their buttocks vigorously, isolating their butt from the rest of the body. People often argue that Mapouka is the origin of modern-day twerking.