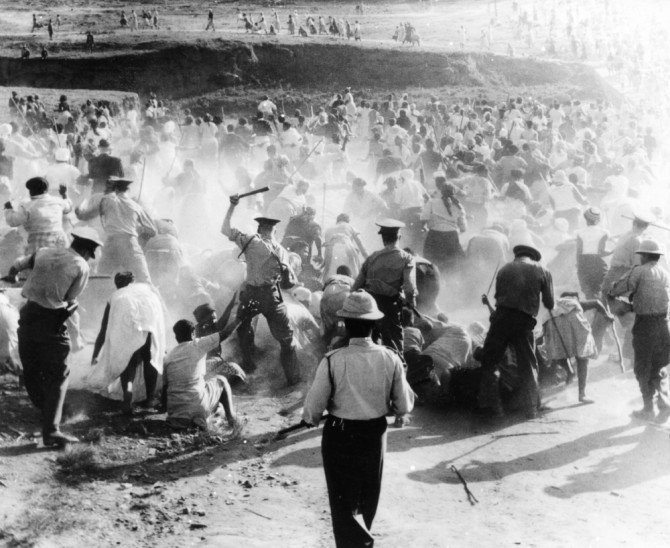 Photo taken at the Sharpeville Massacre

On March 21, 1960, 69 black South Africans were brutally killed for demonstrating.

The demonstrators were peacefully voicing their dislike for the Pass Laws; a passport system enacted under Apartheid to further segregate the population, thousands of Black protesters took to the streets to combat the racist law.

Police haphazardly fired their weapons at the crowd of 19,000.

Law enforcement was never held accountable for their actions.