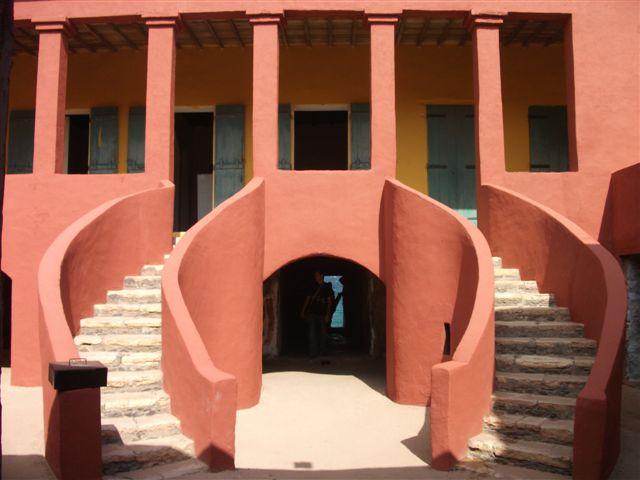 Located approximately three kilometers off the coast of the capital city Dakar, the House of Slaves is a museum and a historical site of the Atlantic slave trade on Green Island. The site was reconstructed and opened as a museum in 1962, largely through the work of Boubacar Joseph Ndiaye, the curator of the museum. It is said that slaves from different parts of Africa were held in this building awaiting delivery to Asia and Europe.