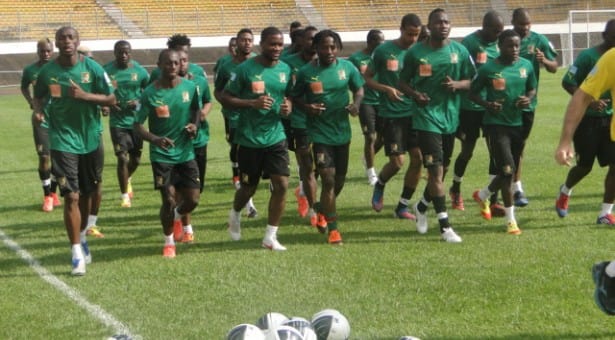 Cameroon (Face2Face Africa) On January 17th , the biggest sporting competition on the African continent, known as the African Football Cup of Nations (AFCON), which is in its 30th edition this year, shall kick off in the Central African Country of Equatorial Guinea.

Among the 16 national soccer teams drawn in four pools are the Indomitable Lions of Cameroon, who will be vying for the prestigious trophy before the competition comes to an end on February 7th.

Before the team left Cameroon for Gabon to sharpen strategies for a possible winning of their 5th title, they were forced to a one-all tie by the national soccer team of DR Congo in a friendly encounter last Monday at the Yaounde Amadou Ahidjo. In another warm-up game on Saturday, the Bafana Bafana of South Africa forced the Indomitable Lions to another one-all tie.

The Indomitable Lions are expected to leave Gabon for Equatorial Guinea on Friday, after their last friendly game against a Gabonese local soccer side, and will play their first game of AFCON 2015 on February 20th against Mali.

Although a relatively younger team, with player’s average age being 17 years old, the Indomitable Lions are the favorite to win. Following the Lions catastrophic performance in the 2014 Brazil World Cup Competition, where the team recorded zero points, the entire squad was renewed with young soccer players who had little experience in major international competitions by head coach Volker Finke.

Only two players, Eyong Enow Tarkang and Nicolas Nkoulou, from the Brazil expedition were included in the squad. They both played as the qualifiers for AFCON 2015 without conceding any defeat, but came up with a zero all-tie against Ivory Coast in Abidjan last November.

Making up his team for the competition for Equatorial Guinea, coach Finke made a last-minute call-up of another player from the mediocre Brazil team: Aurelian Chedjou to replace Brice Nlate Ekongolo for his final list of 23 players. Olympic Marseille was knocked down by a vehicle while on Xmas break in Cameroon.

Nzalan Nacional of Equatorial Guinea will play the competition’s opener against the Red Devils of the Republic of Congo in the capital, Malabo, on February 17th.

Equatorial Guinea was chosen as host of AFCON 2015 by the Confederation of African Football (CAF), after initial host Morocco turned down hosting the competition at the last minute, expressing fear of the Ebola virus. Four cities will host the 16 teams as follows; Group A; Bata, Group B; Ebibeyin, Group C; Mengomo and Group D; Malabo.

SEE ALSO: Five Lessons We Learned from Stuart Scott Before His Passing