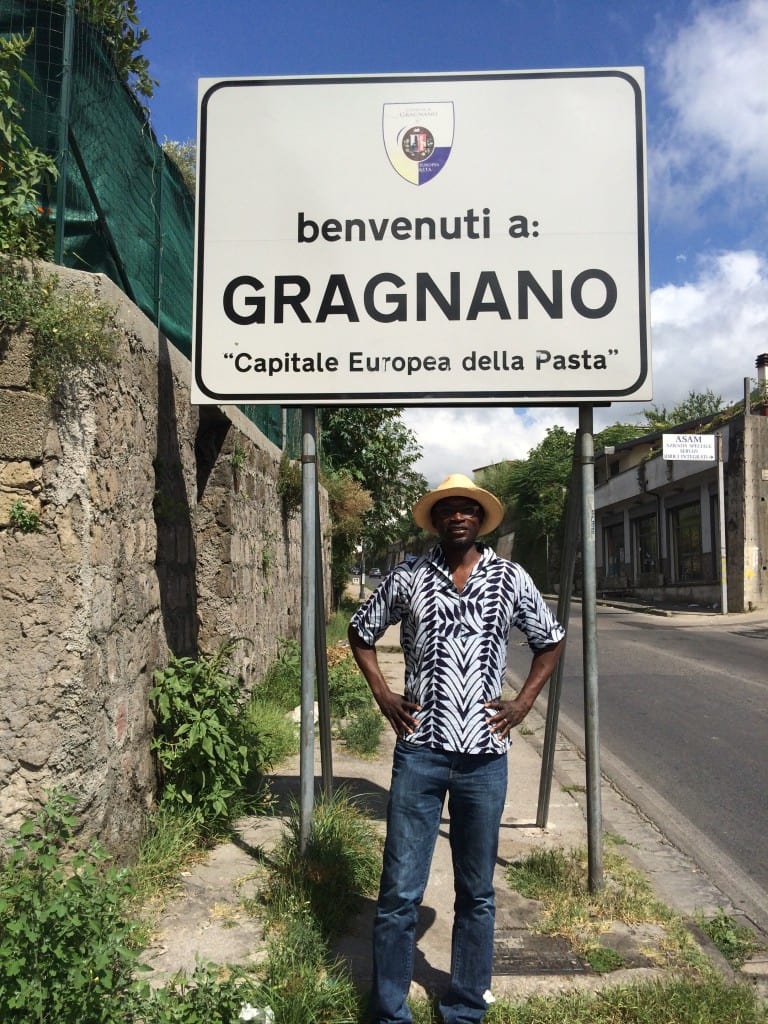 Italy is arguably the most African of European countries. Some say that the Italian’s laid-back lifestyle, la dolce vita, suits us better. I must admit that its philosophy resembles, in many aspects, our approach to life.

SEE ALSO: When Mama Is Gone

Taking the time to live the “sweet life” seemed to be the motto while growing up in Senegal.

Just like traditional Italians, food was usually preceded by slow cooking sessions and always shared with family and friends.

The lengthy “Ataya” tea ritual that follows our meals is comparable to the Italian’s beverage of choice for after-meal conversations: espresso.

The Italian Teranga (Wolof Word for African hospitality) is real, and I experienced it firsthand during a recent trip. People I met along the way while traveling through the Amalfi coast were always friendly, humble, and generous and something about their ways reminded me of Africa. I was told, however, that this was a particularity of the southern regions.

No wonder their northern compatriots have long called Sicilians and their southern neighbors the “North Africans.” Although this appellation has pejorative connotations, there still is some truth to it when it comes to the southern Italian way of life.

We are both from cultures that take the time…to fully experience and enjoy living together.

We landed in Naples, the birthplace of Pizza, on a late morning in July. The sun was beaming in the bluest sky; unlike New York or Paris, no one seemed to be in a hurry at Naples airport. The same pace is seen everywhere on the Amalfi coast.

To find out where (and when) the bus from the airport to the Amalfi coast would depart turned out to be a challenge. The vague directions given to me in an approximate English by the person behind the airport’s information desk didn’t help at all. At last, frustrated by our difficult communication, he offered me a map and returned to his newspaper reading, he just couldn’t be bothered anymore.

His attitude made me smile as I recognized the same laissez-faire attitude that I’ve learned to expect from government employees when dealing with bureaucracy in Senegal.

Gratefully, a policeman who was standing around and spoke better English offered to take me to the Sita bus stop.

The bus, which was announced to leave at 1 p.m., must have left around 1:45 for no other apparent reason than that the driver was having a great conversation with another bus driver.

I knew better not to complain; after all, coming from Africa, I have experienced the same nonchalant approach to time over and over again.

When we finally departed, the bus driver took the thrilling scenic road along the gorgeous Amalfi coast, a UNESCO World Heritage site and arguably the world’s greatest bus ride, where the two-hour drive to Sorrento took us through miles of mountain roads lined with terraces of bright yellow lemon groves growing on steep and rocky cliffs, with the pristine blue Mediterranean water as a backdrop stretching to the horizon. 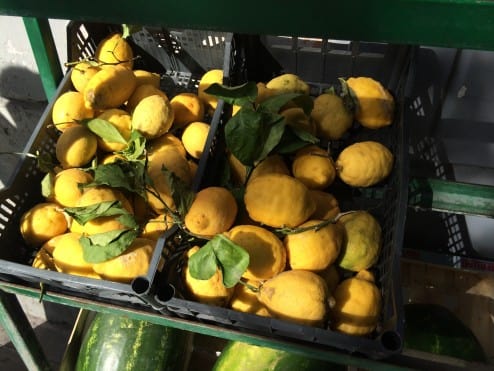 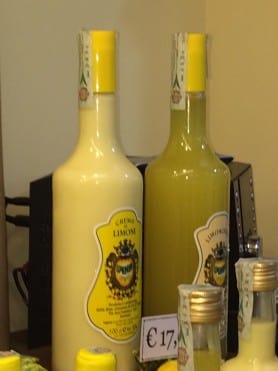 recognizable symbols. They are in many local specialty stores, including the iconic liquor Limoncello (pictured at right) and the hearty Risotto al limone.

From Sorrento, another bus connected us to Castellamare Di Stabia, a small town at the foot of Mount Vesuvio.

Join me next week to read about the rest of my journey through Italy….