Originally Published on The Daily Beast

In corporate boardrooms and global-investment seminars, more CEOs and business leaders are talking about Africa. That much was evident at a recent New York Stock Exchange investor conference, where along with references to Africa as the “new Asia” or “home of the next Google” there were forward outlooks by Wall Street analysts, representatives of the continent’s 29 stock exchanges, and presentations on Africa’s tech industry, now claiming mobile-banking innovations outpacing the United States and Europe.

“What’s happening in business on the continent will reshape everything people know or thought they knew about Africa,” said Rosa Whitaker, longtime Africa business expert and CEO of the Whitaker Group consultancy. “It’s very real, and Americans will connect with Africa in fundamentally different ways than in the past.” 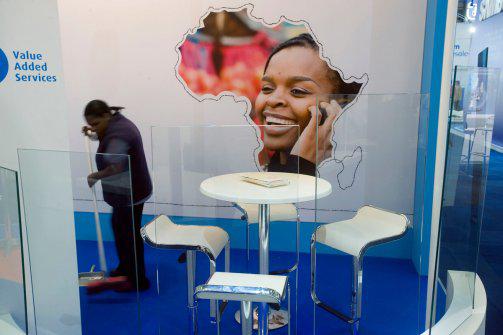 A worker cleans a stand during the opening day of the Africacom Telecommunications Conference on November 14, 2012 in Cape Town, South Africa. The number of Africa's mobile subscriptions will reach 761 million this year, making the continent once again the fastest growing market in the world. The number of subscriptions in Africa is set to hit one billion by 2015, London-based Informa Telecoms & Media said. (Rodger Bosch/AFP/Getty)

In the past, Americans may not have connected with Africa much at all; perhaps a friend who was in the Peace Corps or a donation to a celebrity charity. Media coverage has largely been a stream of poverty, war, or corruption, with an occasional safari. But new developments, largely in the business sphere, are changing that narrative rapidly. The simplest breakdown: Africa is growing, Africa is modernizing, Africa is the next consumer market, and Africa’s influence is rising.

From New York to Davos, business discussions echo with references to Africa’s astounding economic growth. While most of the globe is still reeling from the great recession, Africa is booming. It had six of 10 of the world’s fastest-growing economies of the decade to 2010 and is projected to claim seven of 10 to 2015, outpacing the entire Asian region. “Compared to dismal rates in the rest of the world, Africa’s growth is exceptional,” said Gustavo Galindo, a portfolio manager with Russell Investments. “It surprises me many U.S. investors don’t realize the opportunities this creates, with some African stocks gaining 15 percent to 20 percent returns.”

With Africans expected to number 2 billion by 2050, another business draw is the continent’s new consumer class—projected to spend nearly $1 trillion by 2012, rivaling India and Russia. Considering Africa has been one of the least integrated continents economically, such growth opens up numerous opportunities. Consumer-goods giant Procter & Gamble’s CEO Bob McDonald described Africa as the company’s “next frontier.”

In Freetown, Sierra Leone, traditional market traders who previously practiced under-the-mattress banking are getting their first ATM cards and small-business loans. With 80 percent of sub-Saharan Africa’s adult population unbanked, its financial-services sector is projected to grow 40 percent by 2020. In mobile phones Africa has now overtaken Europe in the number of connections and the U.S. in number of users. Apple is expanding shops for iPhone sales across the continent to meet demand of a mobile market predicted to reach more than a billion users by 2020. 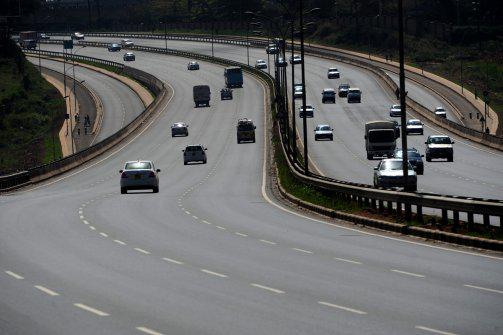 While evidence is growing that business trends could help the continent turn a collective corner, it’s tempered by the hangover of Africa’s challenges. Governance issues and many of the world’s “poorest” and “worst” indicators have not disappeared with stock markets. Some question when this economic growth will translate to dividends in jobs, living standards, and more responsive governments for Africa’s rank and file.

“There must be a reinforcing effect between public and private sectors to really move this all forward,” said Tony Elumelu, a former Nigerian Bank CEO whose foundation coined the concept “Africapitalism.” “We will need to combine markets, entrepreneurship, and capacity to build social wealth and alleviate poverty. The private sector is taking the lead, but political leaders must urgently focus on creating the enabling environment for this to flourish.”

In addition to being the thread that could pull the continent’s success together, today’s diaspora is redefining America’s connection to Africa. Africans recently went from being the highest-educated U.S. immigrant group to having the highest educational attainment of any demographic in the country. A new class of diaspora entrepreneurs is emerging. Professionals who attended elite American universities are leaving places like Goldman Sachs to launch businesses or take senior corporate or government positions in Africa. Millions of Americans plot their daily commutes using Hopstop.com, an online transit app founded by Nigerian immigrant Chinedu Echerou. At a Walmart in Colorado, Senegalese immigrants work as managers and sell sporting goods. New York Fashion Week now has an annual African runway show. And in pockets of Harlem, African immigrants claim growing blocks of the shops and tenements while first-generation children play on sidewalks interchanging French, English, and Wolof.

Moving forward, Americans will be more likely to have African stocks in their 401(k)s, work for companies doing business in Africa, and become accustomed to more African names than just Barack Obama. However its economic boom plays out, expect to hear less about safaris and celebrity charities, and more about global investment, new entrepreneurs, and rising fortunes in Africa.