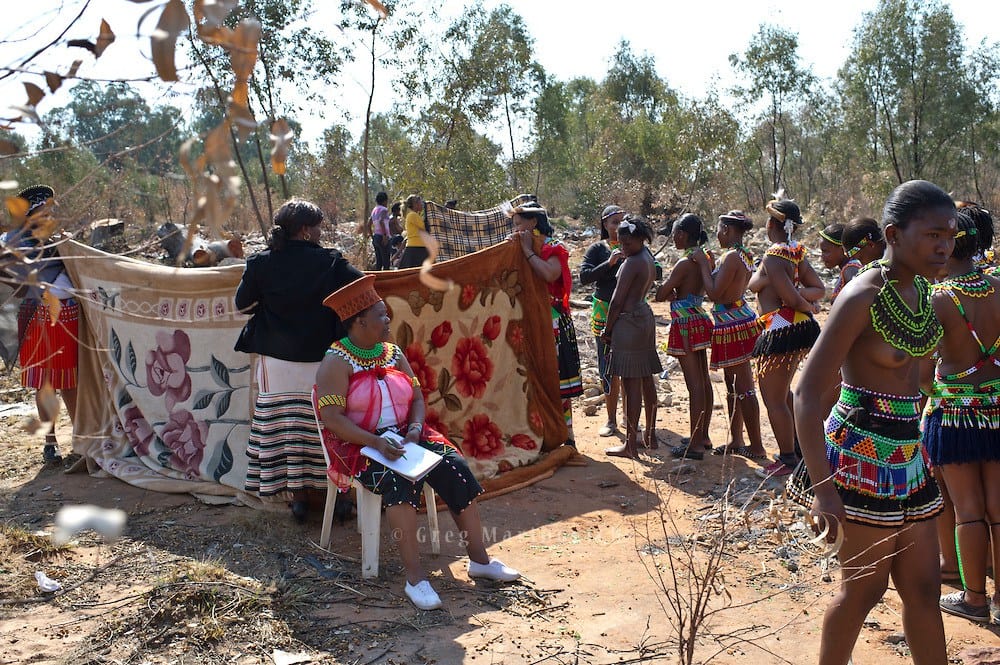 Locally known as Umhlanga, virginity testing is a popular tradition in South Africa, especially among the Zulu ethnic group who reside mainly in kwaZulu Natal province. Despite numerous attempts by the South African government to outlaw it, Umhlanga remains a popular annual Zulu reed dance ceremony.

For any girl to participate in this ceremony, her virginity must be tested by a qualified virginity tester.

The actual testing is done in a secluded room using bare hands. The girl being tested lies down on her back with her legs open. The tester then opens her vagina with both hands and looks inside, apparently to see if her hymen is intact. If all is well, the girl is given a virginity certificate.

Locals argue that this ritual helps to curb the spread of HIV/AIDS because young girls are forced to abstain from sex until they become of age. Still, the practice has been widely criticized, with some people saying it’s demeaning.