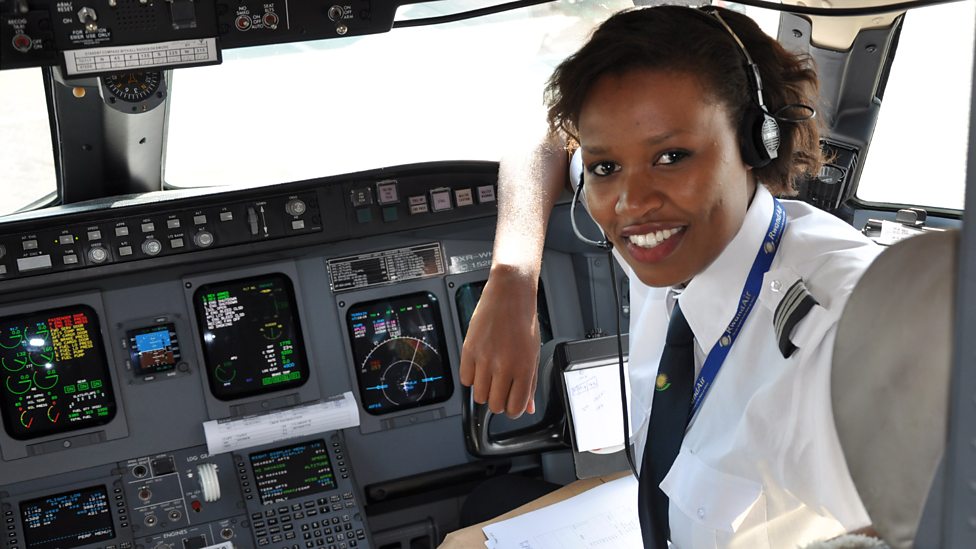 Esther Mbabazi
At the age of 24, Mbabazi succeeded in becoming one of Rwanda’s most-revered certified private and commercial pilots. Her dream was birthed out of the death of her dad who passed away in an air crash when she was a child. Narrating her journey to becoming a pilot, Mbabazi recounts the heightened levels of doubt and pessimism she encountered, when she made her intentions known.

“Some people questioned why I wanted to do it,” Mbabazi said. “They thought I wanted to be a pilot to find out what happened to my dad, but that didn’t have anything to do with it. Being a pilot really was my childhood dream. I don’t think anything was going to stop it. It started when I traveled with my family and we would get the free things for kids, like the backpacks. I really liked that and I just liked to travel – the whole intrigue of this big bird in the sky, I was amazed. That and the free backpacks planted the seed.”

A role model to girls in Rwanda, Mbabazi exudes her feminine prowess in the cockpit of RwandAir, her country’s national airline.