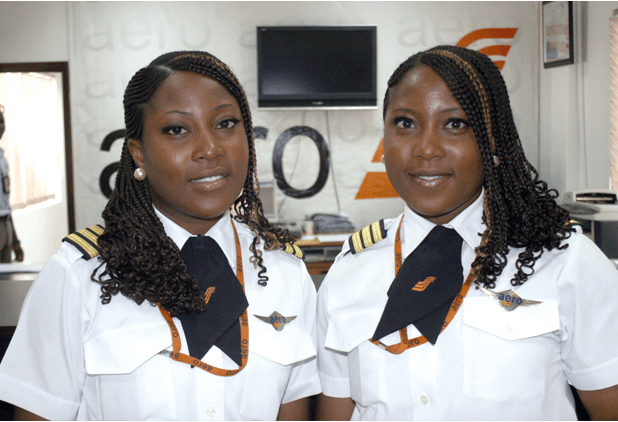 Hassana & Huseina Edili Ogaji:
These Nigerian twins are senior aviation officers with Aero Contractors, with about seven years experience to their credit. Narrating their challenges, the twins explained how the local media initially raised controversial rumors about them that attempted to dash their dreams.

“In Zaria, we never experienced gender-based discrimination but we also had a little crash and the media tagged us with different names and twisted our words,” the Ogajis said to jetlifenigeria. “We had a particular instructor who was not fair to us, but I am very grateful to God that we had another instructor who was really supportive. The relationship with our colleagues in flying school was awesome, but we had the usual misunderstandings and issues with mingling. We had to cope with a lot of things coming our way at that time, but I would say there was no gender discrimination.”

Despite living in a patriarchal society, the Ogajis hope that females will be recognized within and outside the industry, proving that the African woman is capable of venturing into any field she chooses.