The act of killing babies who were born with disabilities was until recently widely practised in some parts of northern Ghana. These children were labelled as “spirit children” with the belief that they brought bad luck. They were killed to “save the lives of their parents and family”.

These children were basically taken to medicine men who would give them a poisonous potion and lock them in a room. The belief is that if you die from the potion, it means you are indeed a spirit. The children are then buried in an isolated place far away from the village. 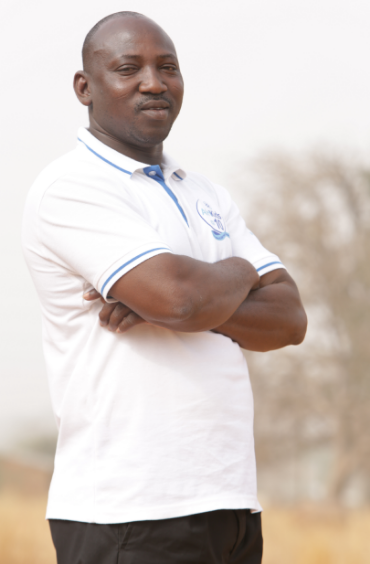 Joseph Asakibeem is the project manager at AfriKids. The 41-year-old was recently awarded the Bond Humanitarian Award 2018 for his work in saving many disabled children who would have been killed due to the traditional practice.

Growing up in the Kassena Nanakana district where the belief in spirit children was deeply entrenched, Asakibeem told Reuters that he and his team at AfriKids started talking to chiefs, parents, opinion leaders and medicine men about the need to change the perception they have about children born with disabilities.

Asakibeem explained to them that there were medical reasons for these disabilities – poor nutrition and health care during pregnancy, and the inability to get access to medical help during labour resulting in complications.

AfriKids has a centre in the village, Sirigu, and another in nearby Bongo district, where they provide help for disabled children and antenatal care for pregnant women. Mothers, through Afrikids, have also been able to acquire small loans to grow their businesses.

The main challenge for the child rights NGO has been trying to change the mindset of concoction men and other community members about “spirit children”, but interestingly, many of them have now joined the fight against the practice.

For 10 years, no child has been killed for being deformed in Kassena Nankana, but Asakibeem said the act is still being practised in other areas. Babies whose mothers die in childbirth, or who are born after the family has been hit with an unfortunate incident, have the risk of being labelled spirit children.

As AfriKids continues to expand its activities to the whole of northern Ghana, Asakibeem is hopeful that the practice would be effectively abolished in 15 years.

In 2013, Ghanaian investigative journalist Anas Aremeyaw Anas published “Spirit Child”, an undercover investigation film on the ritual killings of deformed children. Two concoction men were charged with attempted murder and another three men charged with conspiracy to commit murder. Watch the video below: