One of the greatest warriors ever to emerge from Africa in the sixteenth century was Queen Amina of Zazzau. Like the great Nzingha of Angola, Queen Amina’s leadership skills were discovered early by her grandfather who allowed her to attend state meetings.

Her mother, the Queen Bakwa of Turunku, an influential political figure in Amina’s hometown equally noticed Amina’s military acumen and promised to raise her to become a future queen.

But, she surpassed all expectations; she did not only remove all obstacles to her nation’s direct access to the Atlantic Coast for trade-related reasons, but she also expanded Zazzau’s territory up to Nupe and Kwarafa. To ensure this, she personally led military expeditions of over 20,000 infantrymen to innumerable battles. 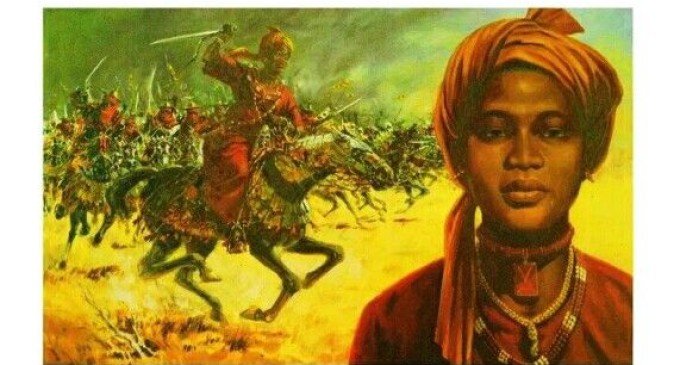 Born around 1533 in Zazzau, now known as Zaria in the northern part of Nigeria to a wealthy family who made fortunes from the sale of leather goods, kola, salt, horses and imported metals, Amina acquired battle skills while understudying with the soldiers of the Zazzau military.

Upon the death of Bakwa in 1566, the rule of Zazzau fell on her younger brother-Karama as customary in those days. After ten years on the throne, Karama died and the leadership baton fell on Queen Amina who had gathered much popularity among Zazzau’s people and military owing to her exemplary leadership skills and for the fact that she was unbeatable even as a female warrior. Thus, in 1576, she became the Queen of Bakwa.

From the year she took on the mantle of her nation’s leadership till the last years, Amina was always waging one battle or another. She became an accomplished warrior ensuring safe passage for Zazzau and other Hausa traders throughout the Saharan region, conquering all the towns as far as Kwarafa in the north and Nupe in the south. At a time, she dominated the entire area of Kano, Gobir, Katsina, Daura and Rano and became a threat to nations in the western Sudan and Mali.

She invented the use of metal armour for the purposes of warfare in Hausaland, including iron helmets and chain mail as well as building fortifications around Zazzau and her military camps, some which endure till today. The practice of erecting defensive walls gained currency all over the Hausa states and these walls are known today as Amina walls.

Even though, some of these walls were built after her reign. She strengthened Zazzau and improved the kingdom’s wealth and power. Legend has it that she prayed before expeditions at a place called Dutsen Hiya, a site which can still be seen today in her hometown.

In spite of her legendary status, she did not have a family of her own. One of the reasons for this was the fear of losing her power. The story is that she slept with men captured during expeditions and killed them the following day to keep her action secret.

But this eventually led to her death as a particular man she slept with escaped one night and Amina became so worried that she took her own life. It was during a military campaign at Dekina in the present-day Kogi State of Nigeria.

It must be noted that the periods of her birth and place of her death remains controversial among scholars. For instance, while some said she died at Dekina, others mentioned Atagara.  But one thing is certain; Queen Amina’s legendary was not a fiction but a story fully documented by successive historians and chroniclers through generations.

For her bravery and accomplishments, a statue was built in her honour at the National Arts Theatre, Lagos, Nigeria and several educational institutions in Nigeria bear her name. 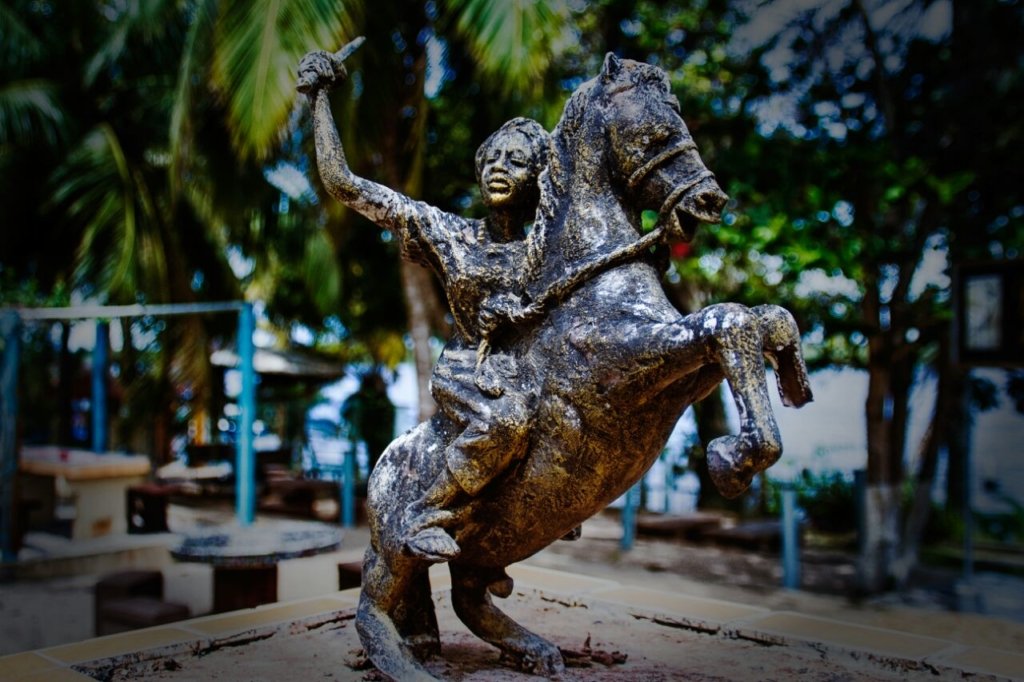