From the dilapidated shanties of Kampala, Uganda, to the BET Awards ceremony that was held on Sunday at the Microsoft Theater in Los Angeles, celebrated dance group Triplets Ghetto Kids (TGK) is putting Africa on the map.

The young dancers, who are still in their teenage years, won the hearts of many with their exemplary performance of the hit song “Unforgettable” by the American rapper French Montana, featuring Swae Lee.

Although they didn’t win any international awards at the ceremony, the kids got a chance to rub shoulders with some of the most-celebrated American artists, including Bruno Mars, Gucci Mane, DJ Khaled, Big Sean, and more. 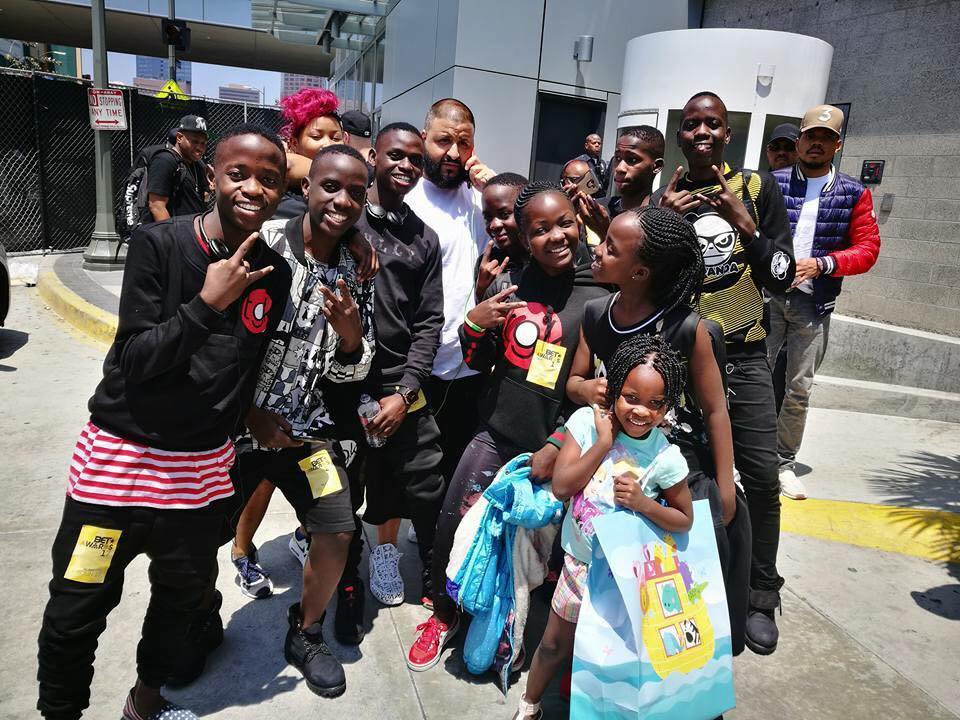 “With @djkhaled such an amazing person. We missed the executive producer of #grateful album though @asahdkhaled ❤️,” the kids posted on Instagram

The talented dancers were invited to perform at the annual event after they featured in French Montana’s “Unforgettable” video, which was shot in Uganda.

The kids are the first Ugandans to ever perform at the BET Awards.

Their fans from across the world are still congratulating them for their remarkable performance, saying it showcased real African talent and the determination to succeed.

TGK, which was formed three years ago, became one of the most popular dance groups in Africa, after bursting on the scene dancing to Eddy Kenzo’s “Sitya Loss.”

Since then, the group has made appearances at major entertainment events and dance competitions in Uganda and across the continent.

The group is comprised of three girls and six boys — all of whom are between 5 and 16 years of age; some of them are orphans from the streets of Kampala, Uganda’s capital.

Having gone through some of the most-challenging experiences in the slums, the kids have resorted to dancing as a way of uplifting their lives.