Marva Griffin is the mastermind of SaloneSatellite, a festival held annually in Milan, Italy. It is the world’s largest design fair.

SaloneSatellite features innovative work in the architectural, decoration, interior design and industrial design sectors.  Griffin directs the International Press Office for the Milan Furniture Fair. She is also a member of the Architectural and Design Committee at the Museum of Modern Art (MoMA); a post she accepted in 2001. 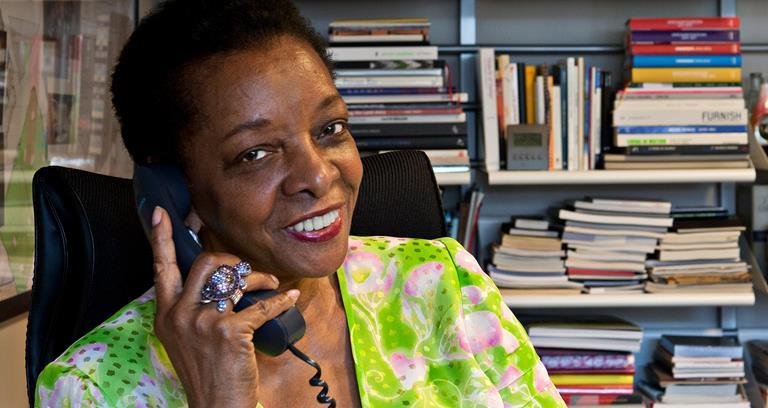 Griffin is an Afro-Venezuelan that was educated in Milan.

She began her illustrious career as a public relations communicator at B&B Italia; it was previously called C&B Italia Company.  She went on to become the Italian correspondent for Conde Nast publications such as Maison & Jardin, Vogue Decoration and Vogue (America).

The aim of SaloneSatellite is to provide up and coming designers a platform to showcase their work and align them with influential members of the design realm. Young designers are lined up with talent scouts and international schools to facilitate connections that are beneficial for all parties.

SaloneSatellite was founded in 1998 and in 2010, the SaloneSatellite Award was formulated. It involves a panel of jurists that are implemental in selecting three projects which are then rewarded with cash prizes.

This year’s theme, “AFRICA & LATIN AMERICA Rising Design/ Design Emergente” aims to spotlight the themes, designs and signs that are present in Latin America and Africa.