South Africa has kickstarted its tele-pharmacy project with the installation of a machine that looks like an ATM and can read prescriptions and dispense medication to patients with chronic illnesses anytime of the day.

The Right ePharmacy project was launched to ease the burden on healthcare facilities. Its flagship product is the Pharmacy Dispensing Unit (PDU) which is also called ATM pharmacy. It reads prescriptions and dispenses medications. 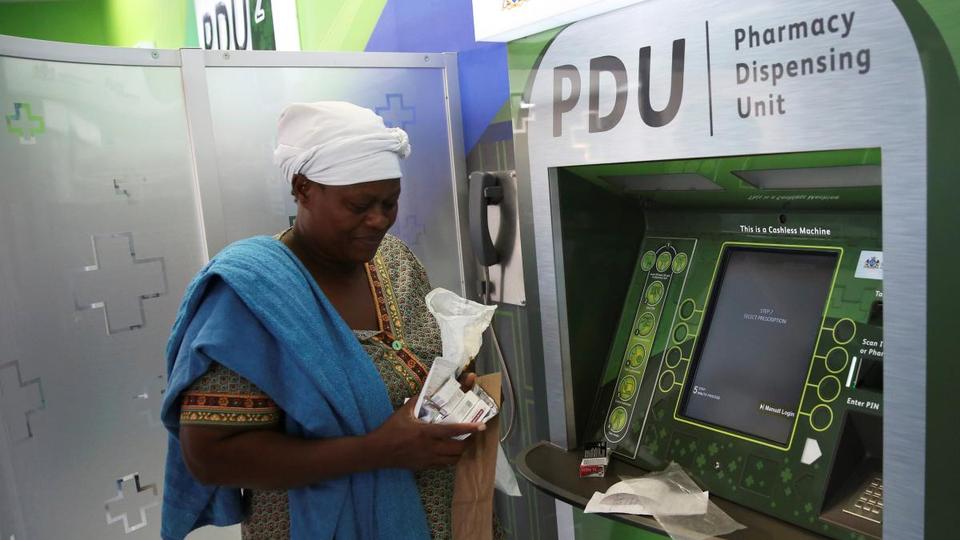 The electronic and robotic technology uses cloud-based technology which enables live patient counselling via Skype. The technology manages patient data and links the patient to a remote pharmacist whenever they need help.

The cloud’s SMS system also keeps users informed about their next medicine collection dates and sends out reminders.

Still in its pilot stage, each PDU costs around $700,000 to set up, reports Turkish media TRT.  Four machines are expected to be placed in shopping centres in Johannesburg this year, and then subsequently around the country. About 5,000 patients have benefitted from the pilot stage, the report adds.

The project is funded by the German and US governments, local health authorities and NGOs.