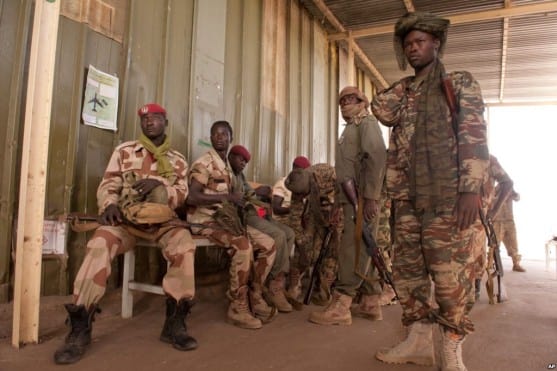 After the Cameroonian military was victorious in stopping Boko Haram from advancing on a military base in northern Cameroon, the nation has announced that the neighboring Chad will be joining them in their fight against the insurgents, according to the BBC.

The prowess and skill of Cameroon’s military was on full display on Monday, after Nigeria’s Boko Haram attempted to take over a military base in Kolofata.

“During one of their numerous attacks on Cameroonian territory to take over a military base in the border town of Kolofata, far north region of the Republic of Cameroon, Boko Haram encountered stiff resistance from the Cameroon army in a fierce battle, where 143 Boko Haram militants were killed.

“The battle lasted well over five hours, with one Cameroonian soldier, Bele Onana, being killed with four others seriously injured.”

The attack came on the heels of a videotaped threat by Boko Haram’s leader.

“The attack on Cameroonian territory by Boko Haram came exactly one week, January 5th, after a video purportedly posted on the Internet by leader Abubaker Shekau called on Cameroonian President Paul Biya to denounce democracy and embrace Islam or face heavy attacks from his sect. Again in the video, he also called on the youths of Cameroon to rise up against the present regime.

Remaining proactive, by Friday, Cameroon announced that Chad would be sending “a large contingent of troops,” according to the BBC, to fight the insurgents.

And Chad went on to confirm Cameroon’s announcement by saying that they will “actively support” their neighbors.

Head of State Criticized By Peers

Meanwhile, both Cameroon and Niger have criticized Nigerian President Goodluck Jonathan for not handling the Boko Haram insurgency.

Instead, President Jonathan has been seen putting his efforts toward his re-election campaign to the chagrin of many.

On Thursday, though, President Jonathan reportedly made an unannounced visit to Maiduguri, the capital of Borno state, telling an audience that he is “working very hard” to return them to their homes.

Thousands of displaced civilians from neighboring towns and cities throughout the North have fled to Maiduguri as a safe haven.

Unfortunately, at press time, there has been no official statement made as to how the President intends to help his people.