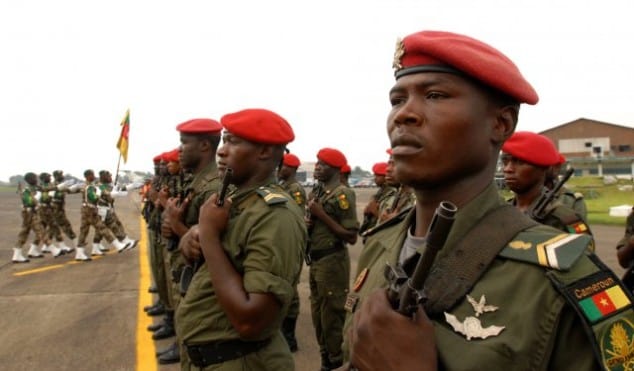 Kolofata, Cameroon (Face2Face Africa) On Monday, the Nigerian Islamic sect Boko Haram suffered what has been considered its heaviest casualty at the hands of the Cameroon army, reports the Cameroon Radio Television (CRTV).

During one of their numerous attacks on Cameroonian territory to take over a military base in the border town of Kolofata, far north region of the Republic of Cameroon, Boko Haram encountered stiff resistance from the Cameroon army in a fierce battle, where 143 Boko Haram militants were killed. The battle lasted well over five hours, with one Cameroonian soldier, Bele Onana, being killed and four others seriously injured.

According to Cameroon’s minister of Communication Issa Tchiroma Bakary, the assailants’ target was the military base in Kolofata. Boko Haram reportedly took advantage of the foggy weather present during this period of the year, and the assailants, who were in their hundreds, crossed the border and attempted to spring a surprise attack on the Cameroon army.

As soon as the military was alerted, though, the casualties were heavily recorded on the side of Boko Haram.

Several heavy weapons, such as assault rifles, bullets, and Motorola transmission terminals were lost to the Cameroon army by Boko Haram.

The attack on Cameroonian territory by Boko Haram came exactly one week, January 5th, after a video purportedly posted on the Internet by leader Abubaker Shekau called on Cameroonian President Paul Biya to denounce democracy and embrace Islam or face heavy attacks from his sect. Again in the video, he also called on the youths of Cameroon to rise up against the present regime.

Speaking to the press, Mr. Tchiroma said that the threat from Boko Haram was taken very seriously by the Cameroon nation and the army, which is why their assault on the insurgents was deadly.

Mr. Tchiroma also mentioned that the international community should step in to help Cameroon combat and defeat the terrorists.

Unfortunately, since the heads of state of Nigeria, Benin, Niger, and Cameroon met in the French capital of Paris for a security meeting that was organized by the French president and accompanied by Britain and the EU in the month of May last year to discuss the strategies that should be employed to eradicate Boko Haram’s deadly activities in the west and Central Africa Sub Region, nothing has been done.

RELATED: Nigerians Need To Look In the Mirror, If We Wish To Solve Boko Haram Problem