Before he came to be given the informal title “Father of modern African Literature,” Chinua Achebe grew around stories: stories told in and around his home and later in school. It was such stories that opened him up to worlds he did not know – those he described as ethereal and remote.

The same stories were the ones that had him unconsciously taking sides with the white characters.

“I instinctively took sides with the white people. They were fine! They were excellent. They were intelligent. The others were not . . . they were stupid and ugly. That was the way I was introduced to the danger of not having your own stories,” he said in an interview with the Paris Review.

Such was the onset of his inklings to become a writer. 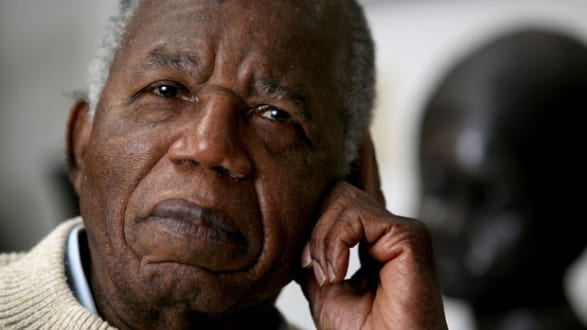 “There is that great proverb—that until the lions have their own historians, the history of the hunt will always glorify the hunter. That did not come to me until much later. Once I realized that I had to be a writer. I had to be that historian. It’s not one man’s job. It’s not one person’s job. But it is something we have to do, so that the story of the hunt will also reflect the agony, the travail—the bravery, even, of the lions,” he added.

Born Albert Chinualumogu Achebe on November 16, 1930, he was an intelligent child who was moved to an upper class after a teacher noticed his literacy skills. He would also be double-promoted in high school, making him finish two year’s work in one. His love for the letters would grow as he encountered one book after another including Booker T Washington’s Up from Slavery and many others from white authors.

He became one of the first people to graduate from the University of Ibadan (then University College). He had been enrolled to study medicine under a scholarship. It was at this time that he encountered the terrible portrayal of Africans by white writers and decided to become a writer and therefore changed his course to English literature. This change resulted in the loss of his scholarship, meaning that he had to pay his tuition.

It was also at this time that he tried his hand in writing a short story, thanks to a contest by the university’s English Department. Although no one was awarded for the stories, his was on the list as a story that was worth a mention. Although it was a big deal, he tried to find out what was wrong with his story and he ended up with one lesson: “You really have to go out on your own and do it.”

It would be something he held on as he went on with his studies and career as a teacher in his hometown and later at the Nigerian Broadcasting Company, as the director of external broadcasting. He started off editing scripts, speeches and short stories and eventually commissioning short stories before being promoted into management.

It was while in Lagos, working at the NBC that he had started working on his first novel. He drew a lot from his environment, which was as rich as the culture in Ogidi and the mesh of people in Lagos. He would travel to London as part of a training program at the BBC and on his return, work harder on the novel now known as Things Fall Apart.

As a manuscript, it was rejected by a number of publishers, who held the thought that African writers are not marketable.  When it landed at Heinemann, the executives were reluctant in picking it up until it was read by Donald MacRae, an educational advisor who claimed it was “the best novel I have read since the war.”

Once published, it received critical acclaim, becoming one of the prolific novels from the continent. It sold over two million copies and was translated into 57 languages, making Achebe the most translated African writer.

In the same year his book was published, Achebe moved to Enugu where he met Christiana Chinwe (Christie) Okoli, the woman who became his wife in 1961.  He wrote his second book, No Longer at Ease and dedicated it to her while they were dating. Together they had four children.

In his books, Achebe highlighted a number of things including politics and the influence of westernisation on African culture using a style of his own that explored the oral tradition of the Igbos and altering of English syntax to fit his message.

Achebe was an ardent supporter of the Biafran independence and had taken up a role as the ambassador to highlight the travesties taking place in the region between 1967 and 1970.  He would tell of his experience in the memoir, There Was a Country: A Personal History of Biafra. 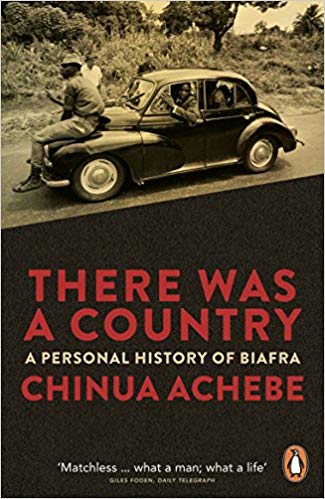 In 1990, he would travel to the United States to take up a job as the Charles P. Stevenson Professor of Languages and Literature at Bard College.  From 2009 until March 2013, he worked as the David and Marianna Fisher University Professor and Professor of Africana Studies at Brown University.

Throughout his illustrious life, Achebe would receive a number of accolades and awards for his contribution to literature not only in Africa but in the world.