In what was described as the ideal weather for marathoners, Kenyan athletes swept the finishing line at the 2016 Chicago Marathon on Sunday.

Led by the two-time World Marathon champions Abel Kirui (pictured below) and Florence Kiplagat, the Kenyan marathoners crossed the line one by one, taking the first, second, third, and fourth positions. 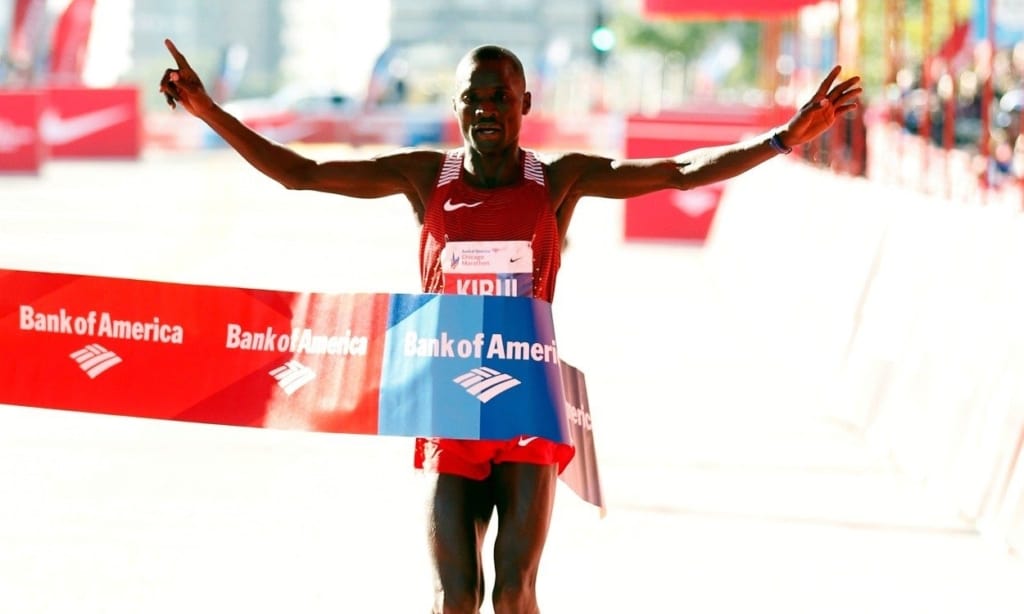 Kirui, 34, finished the 26.2-mile race in 2:11:23 hours, the slowest Chicago Marathon time since 1993. It was his first marathon title since the 2011 IAAF World Championships, according to Runner’s World.

“I was putting in my prayers and efforts in winning today. I had a very strong mind, this time I knew it was a matter of life and death. The course favored me, and I was lucky that the weather was not so humid,” Kirui said after the race.

In this year’s Chicago marathon, organizers chose not to provide pacesetters, causing the runners to have a fluctuating pace as they tried to outdo one another.

“I have lost lots of races because of the craziness (fluctuating pace). It is very hard to have that kind of control. You cannot ignore when somebody goes. But you have to be careful and cautious with this kind of fartlek pace,” Kirui told the press.

The race was also headlined by a thrilling battle between Kirui and last year’s winner, Dickson Chumba, who finished second in 2:11:26.

Gideon Kipketer, another Kenyan, came in third with a time of 2:12:20 ahead of his fellow national Paul Lonyangata who finished in 2:13:17 hours. 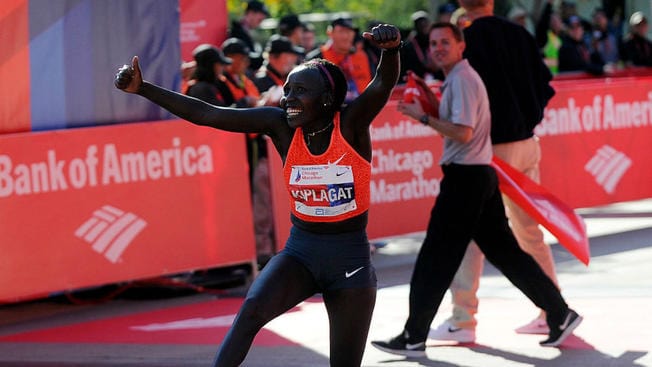 In the women’s race, Kiplagat defended her title with a record time of 2:21:13 hours, replicating Kirui’s performance by leading a 1-2-3-4 sweep for the ladies, according to The Star.

Edna Kiplagat finished second with a time of 2:23:28 ahead of Valentine Kipketer who finished in 2:23:41 hours. The forth position went to Purity Rionoripo who clocked 2:24:47.

Kenyans back at home and around the world took to social media to congratulate the athletes for their impressive performance:

Congrats Chief Inspector @AbelKirui1 for the amazing performance at the 2016 #ChicagoMarathon
We are proud of you pic.twitter.com/WIK6dd1Bpa

Congrats Chief Inspector @AbelKirui1 for the amazing performance at the 2016 #ChicagoMarathon
We are proud of you pic.twitter.com/WIK6dd1Bpa

Congratulations Florence Kiplagat and #TeamKenya for the 1-2-3 finish in the #ChicagoMarathon pic.twitter.com/1reyFMlCv1

Their sweeping win comes at a time when the state of Kenyan sports, especially athletics, has been put to question following damning revelations of deep-rooted corruption at the management level.