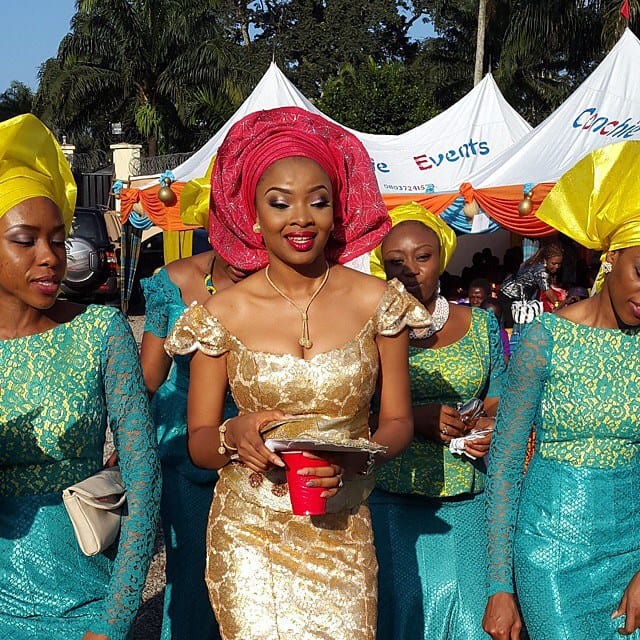 Igbo bride holds palm wine as she looks for groom.

A man and a woman who are in love do not love each other for sake of the children. The words of conferment of the sacrament of matrimony in Christian churches only blesses the love for which the union is agreed upon and asks that the couple accept and train children that God blesses the union with.

And the same is obtained during the traditional wedding. Among my tribe of the Igbo in Nigeria, the woman holds palm wine in a cup in search of the man (and not the children she intends to bring forth) she loves and desires to marry. And when she locates the man, she offers him the drink. Afterward, she proceeds to show her kinsmen the groom and be blessed by them.

By closely analyzing the above tradition (as is the case for most tribes), the case of childlessness in marriage is relegated to the background.

Not having one’s own children has never been a sin. Biblically, we are presented with men and women who had no child of their own, and they were left to God’s discretion to be fruitful.

Some particular qualities I have noticed among most of the men and women in the Bible who were childless at some point is that they never cursed God for the sake of their situation; they were generous people — loving people to themselves and to those they came in contact with, even to the extent of training other people’s children.

And when they felt the sting of their situation, they quietly poured out their hearts to God in prayer. They never saw their situation as a condition that needs magical healing, which is what most married persons do today: moving from one church to another, pastor to pastor, herbalist to herbalist, and doctor to doctor, willing to do anything for the sake of having a child.

According to the new reforms of marriage by the Christian Catholic Church, under the guardianship of Pope Francis, the bishop is directed to nullify a union that has been proven to exist without love. Primary among the conditions for nullification is if it is proven that one is forced into a marriage against his/her will. Even when a man and a woman have a child out of fornication, the Christian Church cannot wed them based on that ground.

Not that the child is unimportant — as a matter of fact, it is the welfare of the child that is being indirectly protected under such actions; of what use will the child be, if the parents hate themselves?

In some African families that have preferred the child over love, the child may enjoy the financial care, but lack the parental care. Every child needs the constant care of the Father and Mother together for a well-rounded development.

If having your own child is a primary purpose in Africa, what then is the fate of Catholic priests, religious men, and women? They cannot love individually as those of the married. Their love is not particular; instead, it is for everybody in the community and those outside the community of Christ. You might say their call is different, but there are still a lot of examples of ordinary men and women whose unions are so strong in love even without a child of their own.

You can make a difference that suits your situation by going to adopt as many children as your heart and pocket can sustain and then care for them like your own. Forget about what people will say.

You can do it and be happier if you really love God and love yourself.

Believe me, when those children grow and know the story behind their survival, it is unimaginable the kind of love and affection they shall return to you — an act some biological children have vehemently refused to offer to their real parents in present African society.

SEE ALSO: Why Africa’s Teachers, Ministers Are Ministers of Mercy