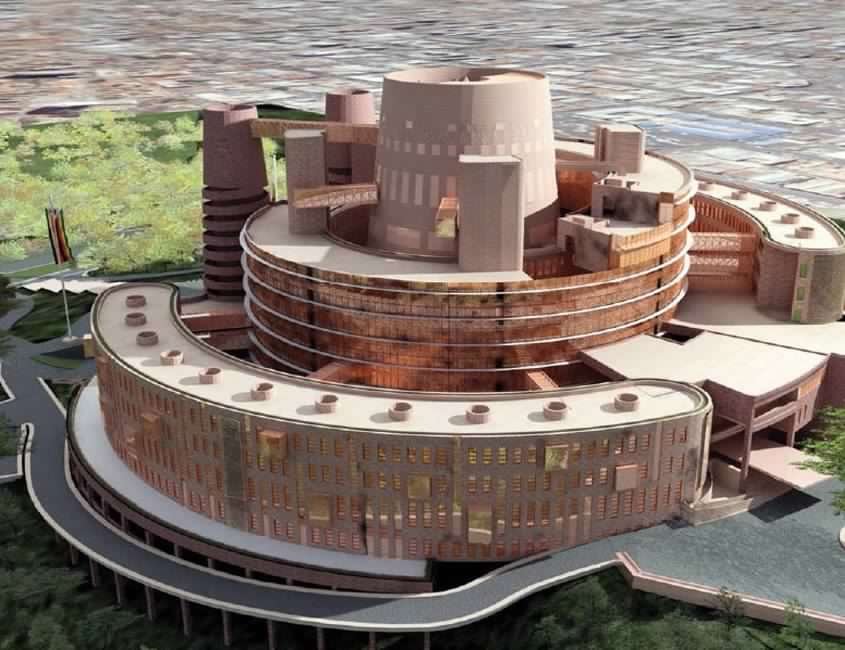 Zimbabwe has started the construction of a new parliament building outside the capital Harare which will be fully funded by the Chinese government.

President Emmerson Mnangagwa confirmed at a ceremony last week that China had provided a “grant, not a loan, to build a new parliament”, without giving a figure.
According to the Zimbabwe Broadcasting Corporation, the new circular complex will be built over 32 months by the Shanghai Construction group at Mount Hampden, 18 kilometres north-west of Harare.

Other facilities including banks, hotels and a smart city will be built around the parliament building after completion, hints the president.

Vice President Constantino Chiwenga: China helped Zimbabwe during the liberation struggle and now it helps us to house our democracy. The old Parliament building was intended to house a minority whose version of democracy was not inclusive and only served the interests of a few. pic.twitter.com/G6FED0DvEl