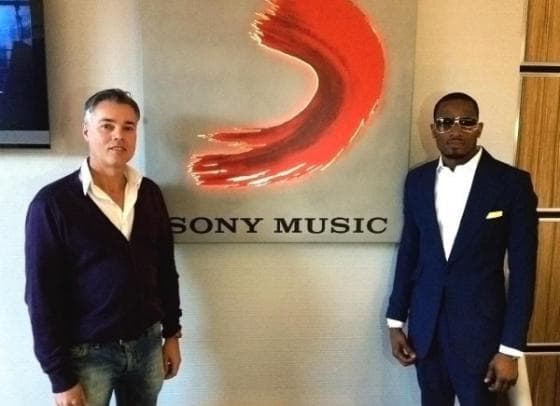 Speaking on the importance of the deal to Sony, Managing Director of Sony Music Entertainment Sean Watson said:

“Partnering with D’Banj is a seminal event for us at Sony Music Entertainment Africa. We’ve always admired his talent and to be able to assist with bringing D’Banj’s music to millions of fans, established and new, across the continent is an honour for us. We are very excited about being a part of it.”

The Koko master, DBanj who now runs his own label DB records after controversially leaving the defunct Mo-Hits records, also said of the partnership deal,

“Partnering with the leading music company in Africa is a natural fit for me and DB Records to ensure my music can be available to my fans across every corner of Africa and in countries where they’ve never been able to access my music in a legitimate way, instantly as it’s released anywhere else in the world.

It's a new era for Africa, the birthplace of music and I’m excited about this very powerful partnership with Sony Music through which we will give birth together to a new era with endless opportunities for my fans, producers, artists and the start of a new time for a revolution in music from Africa. Nothing is impossible”

D’banj is one of Nigeria’s largest musical exports. One of his first endorsements earlier in his career was a $500,000 Globacom deal. Last year, he got signed on to Kanye West’s G.O.O.D music label.

The signing of D’banj and KaySwitch is part of Sony Music Entertainment Africa’s belief that Africa is an important & exciting music development frontier. The company has set its sights on becoming the primary partner of the best Africa has to offer and has confidence that through such partnerships, African musicians can achieve new Pan African and Global success.