Billionaire investor Aliko Dangote is often regarded as the best example of how the Nigerian economy has grown in leaps and bounds as well as how rewarding it can be when investors take their chances in Africa’s biggest economy.

Nigeria is Africa’s largest producer of crude oil. With peak production levels at an estimated 2.2 million barrels per day, 500,000 of that amount is reserved for local consumption.

Unfortunately, Nigeria hardly refines any of the crude oil that it produces. The country has just four refineries, and all of them barely function at a fraction of their respective capacities.

Nigeria imports most of the refined petroleum products that it consumes. This has been a needless drain on scarce foreign exchange.

However, all of that is about to change since Mr. Dangote began construction of a massive refinery in Lagos, Nigeria, with an installed capacity of about 600,000 barrels per day.

And while it is heartwarming to think that Nigeria will finally refine petroleum products locally, many fear that this may just be an exchange of an old set of problems (scarcity and importation) for new ones (monopoly and arbitrary pricing).

Segun Odenuga, a market analyst, finds it curious that the Dangote refinery is set to produce an excess of Nigeria’s petroleum product demand, observing that while positioning the refinery to produce more than the local demand does not run foul of any trade laws, it effectively puts out the fire of any competition — especially if Dangote pulls his clout and gets the government to ban further importation of petroleum products. 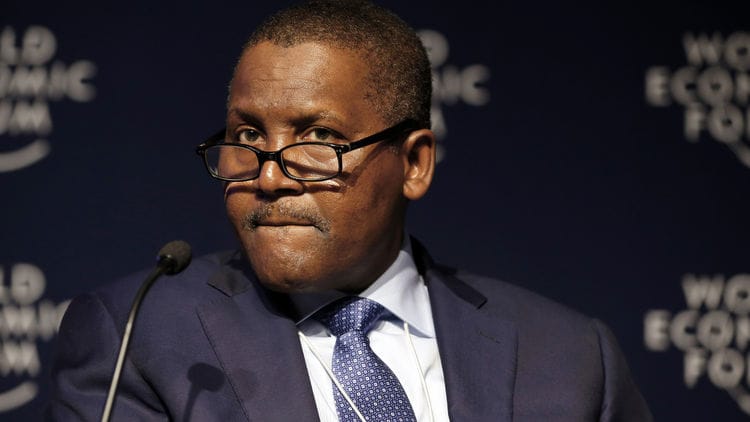 And even if other investors follow his lead and build refineries, it would take another four to five years for them to become operational.

Some of the potential preferential treatment Dangote could demand from the government is already on display as he currently enjoys a steady supply of scarce dollars at the official rate from the Central Bank of Nigeria for the construction of his refinery while other investors have to scramble for what they can find at the parallel market — and some for twice the official rate.

Through a bidding process open to the general public, critics say this process was anything but transparent and instead a poorly veiled attempt to pass off the common wealth to a favoured few…a few, such as Dangote, who is a cement magnate and holds a vice grip on the Nigerian cement market.

Nigeria currently has an embargo on the importation of cement. A few local cement manufacturers like Dangote have continued to meet the demands of the market but prices continue to remain very uncompetitive.

Still, Dangote cement and other cement manufacturers continue to post fantastic profits while enjoying generous tax breaks on account of their pioneer status in the industry.

In 2015, Dangote cement announced a cut in the price of its products and unilaterally crashed the price of cement in the Nigerian market. For many, it was a self-indictment of sorts for all players in the industry as it revealed a collusion or a possible oligopoly within since previous prices were hardly a true reflection of production costs. And a few months later, prices promptly went back up.

Bank chief executives in Nigeria have been accused of being beholden to Dangote, and it is said that they would gladly loan him the entire contents of their vaults should he demand it and starve the rest of the sector of necessary funds required for growth.

No doubt, Dangote is a capable business man, but whether by slight of hand or sheer business acumen, he has continued to acquire an ever-increasing slice of the Nigerian economy. It is worrisome to think that what started as a beautiful example of a locally grown conglomerate is fast turning into a monopoly that may strangle the Nigerian economy.