Despite the great strides Africans in the Diaspora and in the continent have made, there still seems to be a deep embedded self-hatred that continues to hinder the social progress of black communities. 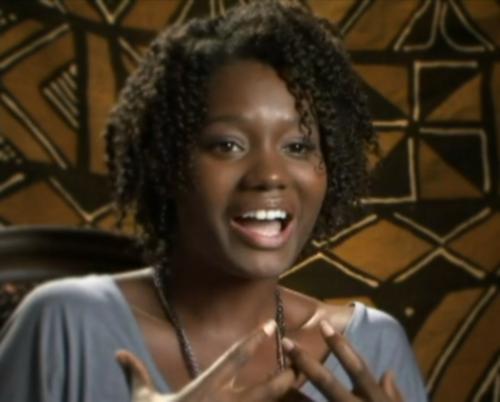 Yes, ugly ‘colorism’ exists. This prejudice that pitches the light skinned versus the dark skinned still prevails. Recently, Director, Bill Duke released the trailer to a documentary called “Dark Girls,” which features a series of interviews with dark skinned black women who have been teased, ridiculed and made to feel ashamed of their skin tone. The women give painfully honest personal accounts of their experiences in relation to being dark skinned.

Although this is the year 2011, these women are still ashamed of their skin tone. Since this perception is rooted in slavery and colonization, it hard to simply reject societal perception. The 'colorism' that exists has been conditioned into many black people subconsciously. Teams on Twitter that pitch #TeamLightSkin against #TeamDarkSkin are typically taken to be jokes and light-hearted fun, but situations like these contribute to further division. Parties themed “Light Skin versus Dark Skin” have been thrown at nightclubs, and some establishments have even gone as far as to let light skinned women into venues for free. Again this is does nothing but create division. The “light skin, long hair, don’t care” phenomenon and rap music videos also contribute greatly to this problem.

Many rap/hip-hop videos typically cast light skinned black women. Many rappers or singers make a it point to mention that they have a “redbone” or “light skinned” girl by their side. An explicit example can be found in Lil’ Wayne’s famous line, “I like “I like a long hair thick red-bone.” Once, the rapper also rhymed: “Beautiful black woman, I bet that bitch look better red,” meaning if the woman were light skinned, she would be even more beautiful. As lyrics like these express, there is a ‘hierarchy’ when it comes to skin tone in black communities. This needs to be eradicated.

This issue has its ugly roots in slavery, which has used the “conquer and divide” tactic still seems to be at work today. Due to slavery and colonization, many black people see themselves through a European lens-cap, which may be why skin bleaching is popular, and there seems to be an obsession with straight, long hair.

These sad, unhealthy attempts at looking ‘more white’ have created a damaged self-image among many black people. The attempt to rid oneself of one’s ‘blackness’ manifests itself in language and habits. Comments like: “She’s pretty for a dark skinned girl” or “She got that good hair” or “She think she’s cute, because she’s light skinned” are all unhealthy views of self, when coming from a black person.

In conclusion, of course not all dark skinned women are ashamed of their skin tone. Many embrace and love themselves. In the same way, not all light skinned women think they are better or more beautiful because of their skin tone. But 'colorism' still continues to be a huge issue in black communities. Many Black people have to learn and understand that the way they look is naturally beautiful. All shades and hair textures are beautiful, but as long as we continue to strive for European beauty standards and degrade one another in the process, we will remain mentally enslaved by our own degradation.

Writer’s Note: I am aware that 'colorism' exists outside African/black communities, but this has resulted in a great lack of unity unlike any another group.