With his election, the 56 year-old Faki succeeds South Africa’s Nkosazana Dlamini-Zuma who has chaired the 54-member commission since 2012. At the completion of her four-year term, Dlamini-Zuma politely declined to seek re-election, choosing instead to stand down.

Sixty-seven-year old Dlamini-Zuma may have quit voluntarily as the AU chair, but political analysts say that is just because her ambitions have gotten bigger.

Political watchers believe Dlamini-Zuma has been seriously eyeing the South African presidency for some time now. About her planned route to power, Dlamini-Zuma is expected to return to South Africa in time for the December elections for the leadership of the ruling African National Congress (ANC) party, a position that traditionally propels its leader to the country’s presidency.

The next general elections in South Africa are to be held in 2019, and if the ANC carries the day as many expect it should, Dlamini-Zuma could become the nation’s first female president since Parliament elects the president in South Africa. 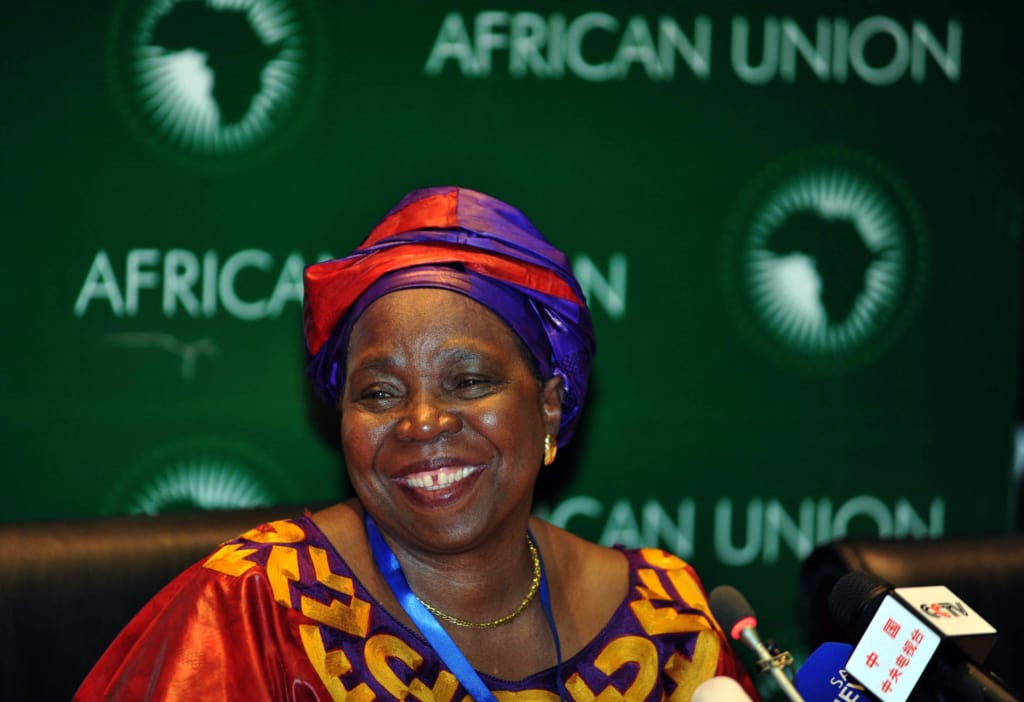 Dlamini-Zuma became the first woman to chair the AU commission after her election in 2012.
Photo credit: Alchetron

President Jacob Zuma, who has barely managed to hold on to power in recent months, appears to have thrown the full weight of his office behind Dlamini-Zuma.

He recently told a gathering of party faithfuls that it was time for the ANC to be led by a woman, a clear attempt to undercut his deputy, Cyril Ramaphosa, who is also vying for the same position. 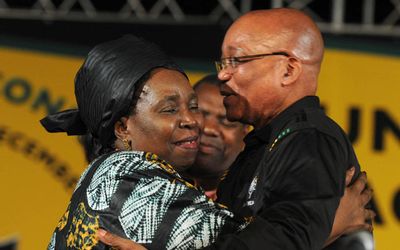 Dlamini-Zuma was married to President Zuma for a 16-year period between 1982-1998, explaining the second part of her surname. Before getting divorced, they had four children.

Since her divorce, Dlamini-Zuma has enjoyed a warm relationship with President Zuma: She reportedly declined an offer to replace him when he was sacked from his post as deputy president of the ANC in 2007. President Zuma, on the other hand, openly canvased support for Dlamini-Zuma when she sought the AU seat.

A Zulu born in Natal, Dlamini-Zuma is the eldest of eight children. She had her secondary education at the Amanzimtoti Training College and studied Zoology and Botany at the University of Zululand.

During her student days, Dlamini-Zuma was an active underground member of the South African Students Organisation; she was elected as its deputy president in 1976. She also was a part of the Gender Advisory Committee during negotiations for the Convention for a Democratic South Africa in 1992.

After his election as South Africa’s president in 1994, Nelson Mandela appointed her minister of Health.

Dlamini-Zuma holds the distinction of serving in the cabinets of all three of South Africa’s post-Apartheid presidents, serving at various times as minister of Foreign Affairs and Home Affairs.

Her election in 2012 also made her the first woman to chair the African Union Commission or its predecessor, the Organisation of African Unity.

Indeed, she has a well-documented history of smashing the proverbial glass-ceiling, and perhaps there is no other woman more well-positioned at becoming South Africa’s next president.