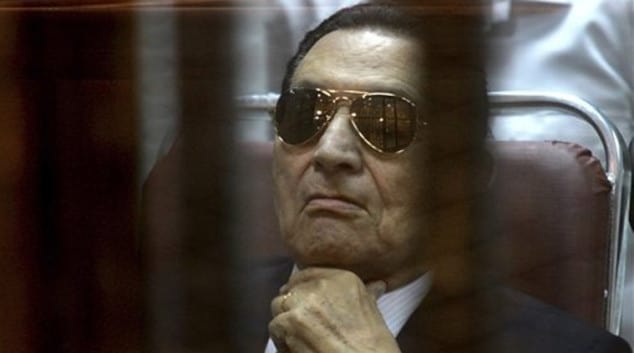 The courtroom erupted with applause as the sentences were read; it was easy to recognize the increase security for this highly publicized trial. Additional charges against former President Mubarak include charges related to gas exportation to Israel, Hussein Salem, a businessman from Egypt, although absent, is being tried for this charge as well. The court was unable to file charges against Mubarak’s two sons, Alaa and Gamal, for using their influence in Salem’s favor in exchange for bribes and lavish gifts due to the statute of limitations, it is however possible for the verdict to be challenged at the Court of Cessations.

During the retrial proceedings the court listed the death toll during the uprising to the last day of Interior Minister Adly’s reign, January 31, 2011, to 238 protesters and 1588 injured. It was also noted that an additional 36 protesters injured during that time frame later died due to the wounds they incurred. During his testimony, former President Mubarak denied ordering the killing of protesters, stating: “Mubarak, who stands in front of you, would never order the killing of protesters … or any Egyptian under any conditions.” He also denied financial corruption charges. Mubarak’s sons denied their right to testify on their own behalf in court, while the remaining seven defendants all denied the accusations they faced.

In 2012, Mubarak and his interior minister received a verdict of life in prison, but an appeals court ordered a retrial which began in April, 2013. The retrial resulted with a sentence of three years in prison for embezzlement charges, while his two sons sentenced to four years in prison for the same charges. Mubarak is currently serving his sentence in a military hospital in Cairo.