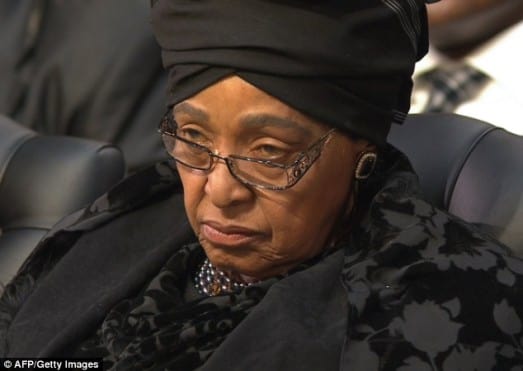 Former wife of the late Nelson Mandela, Winnie Madikizela Mandela, is challenging her late ex-husband’s will, specifically a property in Qunu that was left to the inheritance of Graca Machel, Mandela’s widow. Winnie, in a statement to Sowetan says Graca owns “a whole world in Mozambique” and therefore should not inherit the property in Qunu.

“This property is mine and I attained it when the old man was on Robben Island, and there’s no dispute about that,” said Winnie.

When the details of Mandela’s will were revealed with nothing left to the name of Winnie, she filed papers in a court challenging the will and contesting the true owner of the Qunu home last October.

“I let him live on my property, I wasn’t going to [evict him] simply because he was married to a third wife,” said Winnie. “It is such a pity he is no longer there for me to ask just what on earth would have brought him to elect that he would take my land and give it away to someone who actually has a whole world in Mozambique, because she’s got her four houses in Mozambique.”